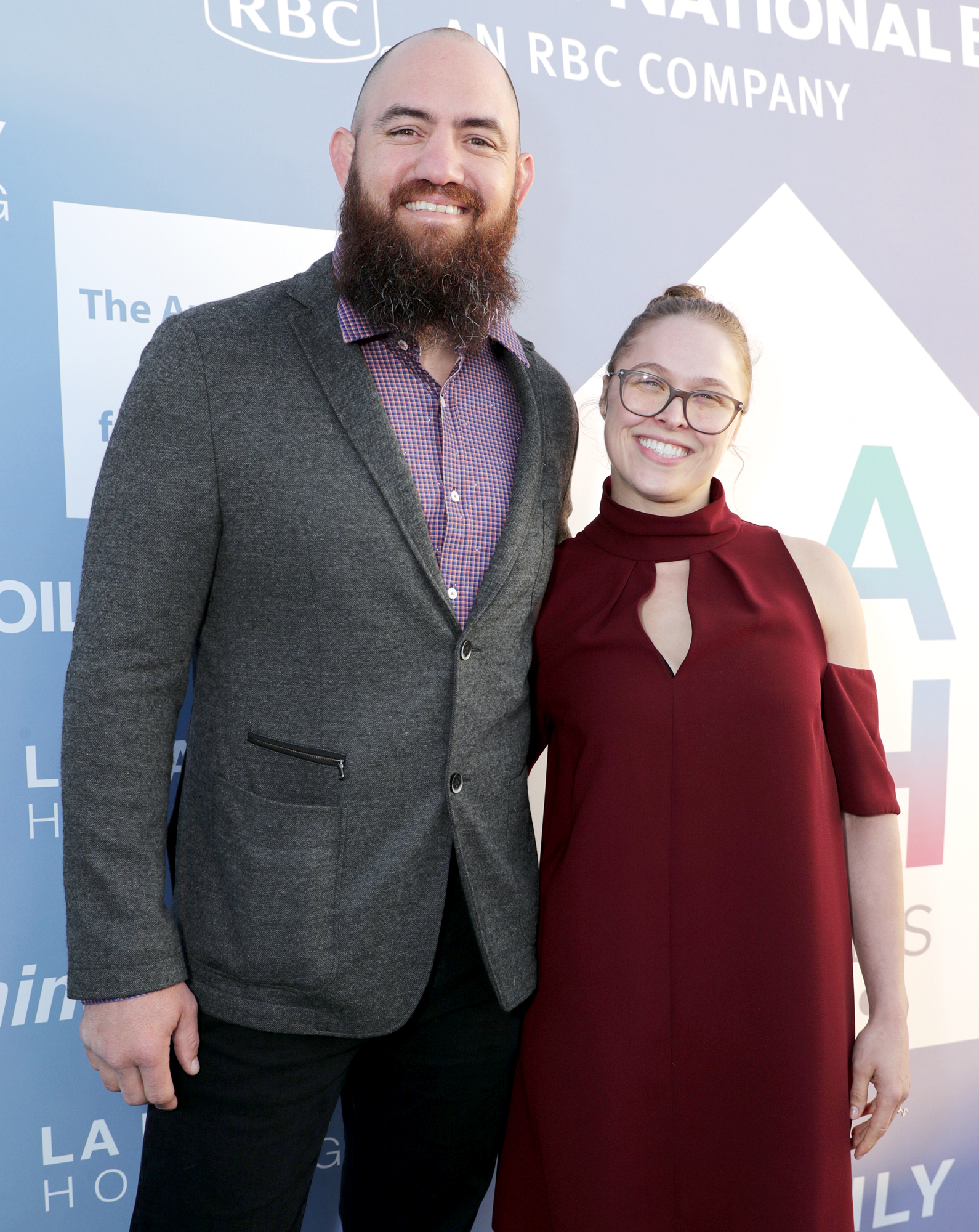 Party of three! Ronda Rousey announced on Monday, September 27, that she gave birth to her and husband Travis Browne’s baby girl.

WWE Babies! Athletes Who Have Started Families Over the Years

In April, Rousey revealed that she was pregnant with the “baddest baby,” writing via Instagram, “Coming to you soon. September 22.” In the social media upload, the then-expectant star showed her budding belly at an ultrasound appointment.

Browne, 39, wrote in a post of his own that he was “super excited” to become a dad.

In April 2019, she and the mixed martial artist exclusively told Us Weekly that they were “trying to start a family.”

The couple enjoyed an “#impregnationvacation” that same month, snapping PDA pictures on a tropical trip.

The Olympian initially wanted her pregnancy to be a “surprise twist” to fans, the My Fight, Your Fight author told ESPY in January 2019.

“There’s a lot of things up in the air,” Rousey said at the time. “A lot of decisions that we’ve gotta make as a family. I’m trying to figure it out as I go along.”

When Rousey’s WWE contract expired this April, the company’s President & Chief Revenue Officer Nick Khan said she would be “coming back at a certain point in time … in the not too distant future.”