LIKE everyone else in the UK at Christmas last year, Liz Gulvin’s plans were thrown into chaos when Britain went into a third lockdown.

The 42-year-old from South London remembers questioning when the pandemic would end, but the next few months saw more bad news for the drama practitioner. 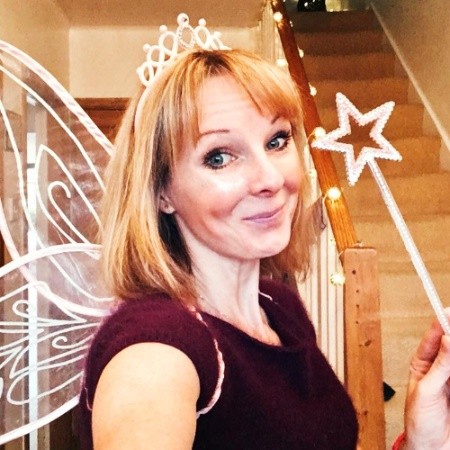 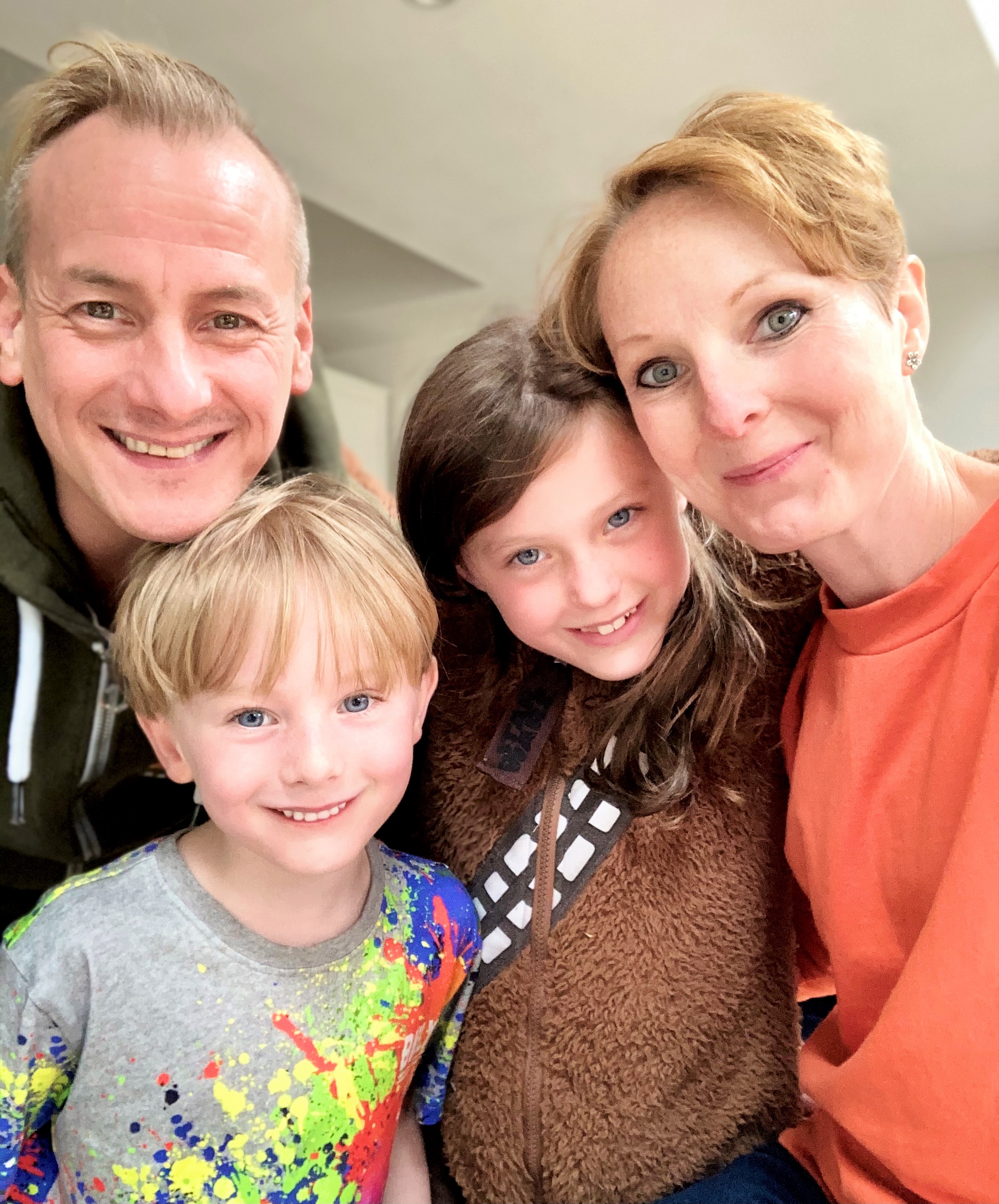 Liz and her family – like many others – had been juggling working from home as well as keeping the kids entertained.

So on one Sunday afternoon in January, when Liz’s little girl sat down for a cuddle she was all too happy to snuggle next to her and relax.

She said: “My daughter accidentally plonked her head down a bit hard on my left breast as she was cuddling me and as I went to rub it, I felt quite a large lump.

"I’m fairly small and this felt out of proportion, but I didn’t think anything of it. I just thought it might be a cyst.”

Liz started to Google what it could be while trying to convince herself it was nothing too serious.

Her husband Phil told her to make an appointment first thing and Liz recalls how the receptionist on the phone had asked her loads of questions, and how she had struggled to get an appointment due to strict rules in place because of Covid-19.

Liz had to wait five days for an appointment and says she will always remember the look on the GPs face after she examined her.

On January 25, Liz had her first doctor’s appointment.

“She examined me and said she would refer me to the Royal Marsden. It was a real shock to me.

“I had totally convinced myself it was fine and even then I still thought it might not mean anything.

“Her last words to me were ‘are you ok?’ I could tell from the look in her eyes how serious the situation was”, Liz said.

At her appointment at the Royal Marsen on Feb 9, Liz had to go in alone due to coronavirus restrictions and said she had been ‘saddened’ by the number of people in the waiting room.

The mum said: “I just kept thinking oh it won’t happen to me, I didn’t want to waste their time and I just felt like I shouldn’t be there.

“I was even apologetic when I had the mammogram, but the nurse was putting me at ease telling me about her kids so I thought, well I must be fine if we are just having a normal chat.”

After the mammogram Liz had to wait for a consultant to come and talk to her.

She relived the moment the consultant said, ‘it’s not good news’, adding: "I literally fell off my chair. I didn’t have a single inkling that it could be cancer."

Liz was told that she had stage two cancer and would need surgery followed by radiotherapy.

They asked me ‘mummy are you going to die’. They didn’t understand why a medicine that was meant to help me was making me poorly

She added: “My world just caved in and all I could think was ‘am I going to die’, I was so scared and I just went into shock, I was shaking and trying not to cry.

“I was sitting on my own, ice cold, shaking all over. They came to get me for more tests and I could hardly walk.”

After the initial appointment Liz went home and had to go back to the Royal Marsden a week later.

Liz was told she had a stage two tumour and was booked in for surgery on March 1.

She underwent surgery along with reconstructions but after her procedure she was given the news that her tumour had been bigger than previously thought and that there was a high risk of her cancer returning.

The tumour was upgraded from a grade 2 to grade 3 tumour, and Liz  was told it was likely to return and spread if I didn’t have chemo. It was stage 2 breast cancer.

'DIDN'T KNOW WHAT TO DO'

“It felt like things were just getting worse”, Liz said.

She was placed on an accelerated chemotherapy regime of eight cycles over 16 weeks, but at first had been given too big of a dose for her height and weight, this she said made her really unwell.

Liz said: “It was intense, I couldn’t walk, couldn’t hold my phone, my jaw and head both hurt.

“We had to call Macmillan on the first night because we didn’t know what to do.”

“It was doubly hard and they were really frightened, but we tried to be as honest with them as we could be.

“They asked me ‘mummy are you going to die’. They didn’t understand why a medicine that was meant to help me was making me poorly”.

KNOW THE SIGNS: The 7 breast cancer signs you need to know

Breast cancer is the name given to any cancers that have first developed in the breast tissue – there are many different types.

While it is more common in older women, it does affect the younger generation and men too – with around 20 per cent of cases occurring in females under 50 and 350 male cases diagnosed in the UK annually.

Here are the signs you need to look out for:

Liz said she did her best to try and explain to her children how their mum and her appearance might change.

She said: “When I was coming out of the second round of chemotherapy the hair on my head started coming out in clumps so I decided to shave it off.

“I had to be strong and fight it, I needed to look like I was being strong in front of my kids.”

Liz finished her chemotherapy at the end of July and has also had additional radiotherapy treatment.

She fully finished her treatment on September 17 and to mark this Liz recently took part in Cancer Research UK’s Run 60 challenge and says she is trying to live life to its fullest. So far Liz has raised over £3,000.

She said: “I’m fortunate that I recovered and I’m one of the lucky ones. I wanted to feel like I could help others in some way.

“It can be frightening for people to check themselves but you shouldn’t put it off.

“You can be fit and healthy and have a normal family life but cancer doesn’t stop at anyone”, she added. 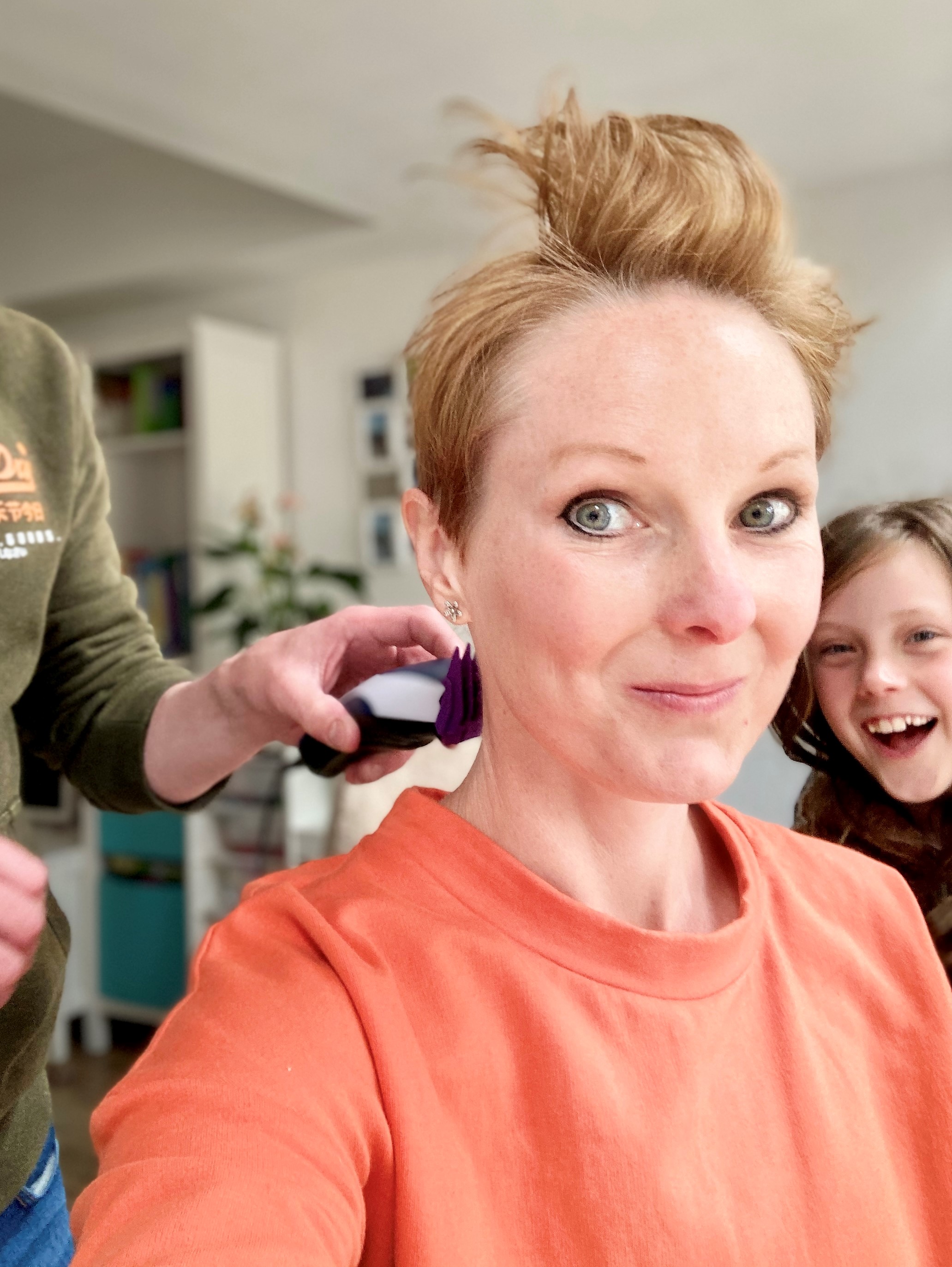 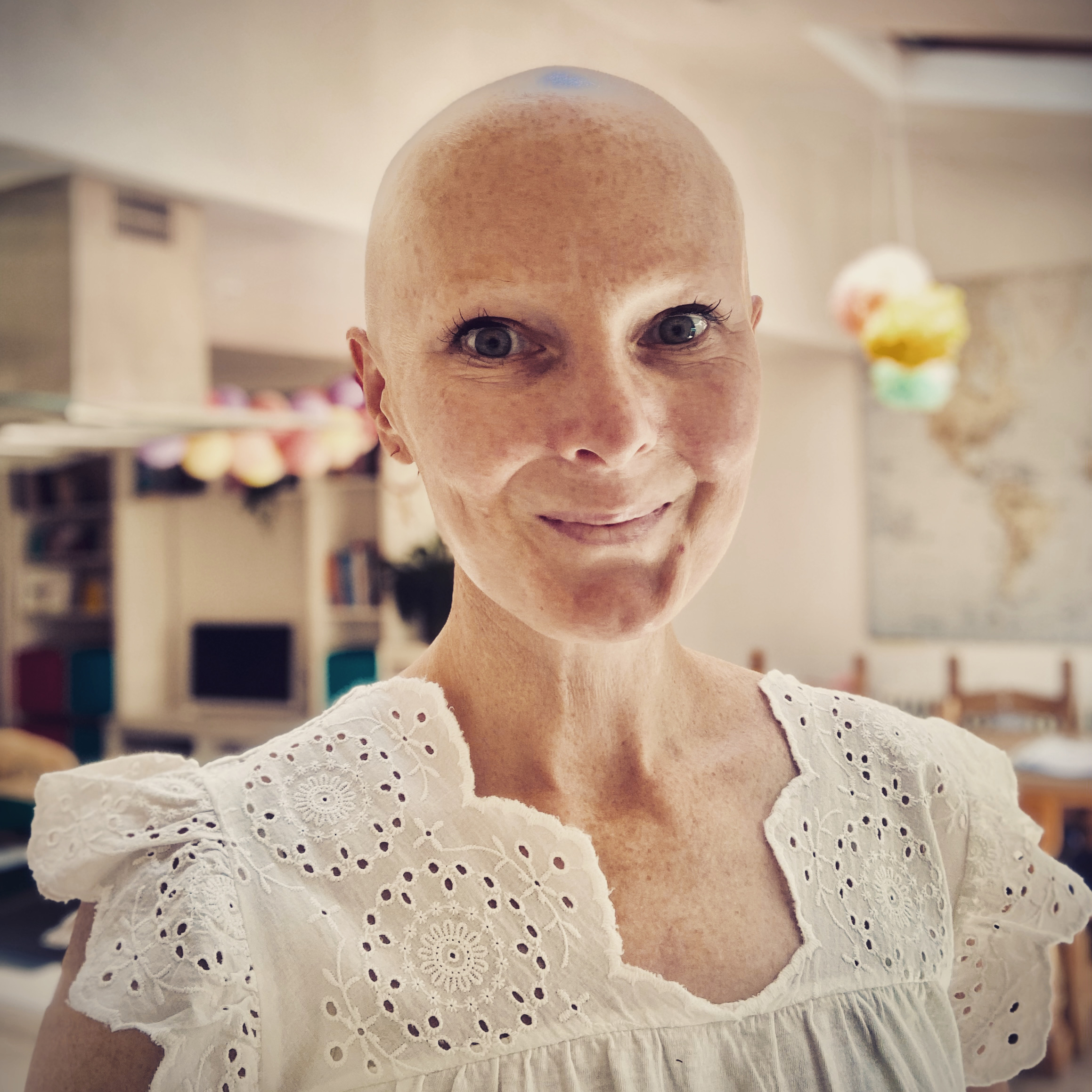 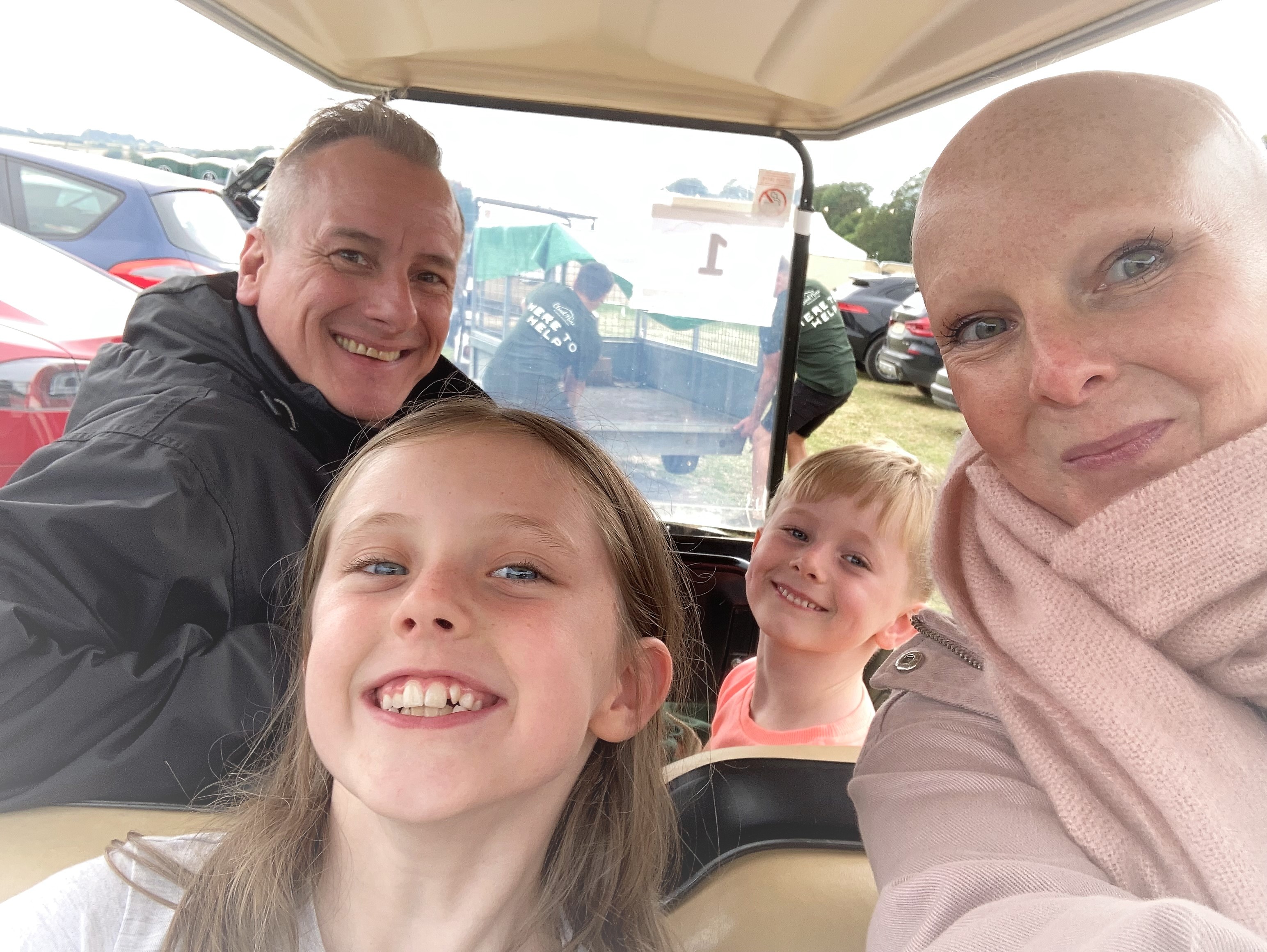