Mother’s genius ‘bedtime routine’ trick is praised by thousands of weary parents: ‘I have never seen my kids more excited to brush their teeth’

A busy mother-of-three created a ‘genius’ solution to organise her kids ‘disastrous’ bedtime routine – and the simple trick has been praised by thousands.

With the help of her mother, parenting blogger Lauren Giesting, from the US, put together an interactive bedtime chart that allows her kids to mark off their seven bedtime chores once completed.

Lauren, who has seven-year-old twins and an eight-year-old daughter, said the ‘game changing’ chart has developed her kids independence and they are now excited to brush their teeth and put on their pyjamas. 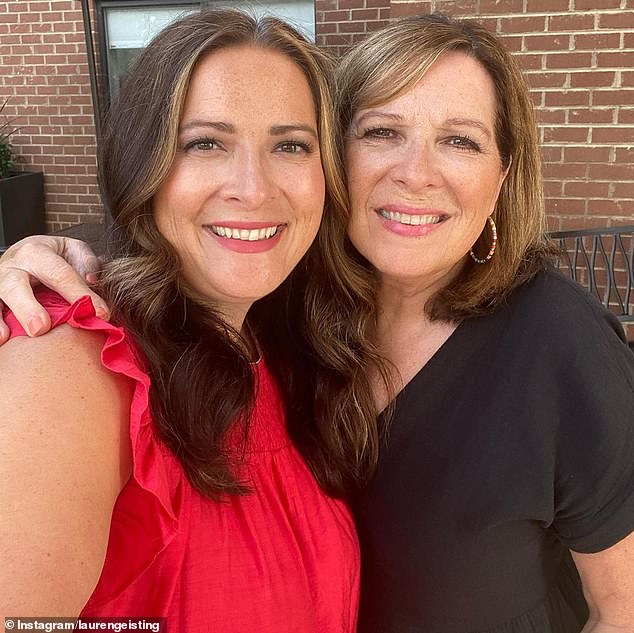 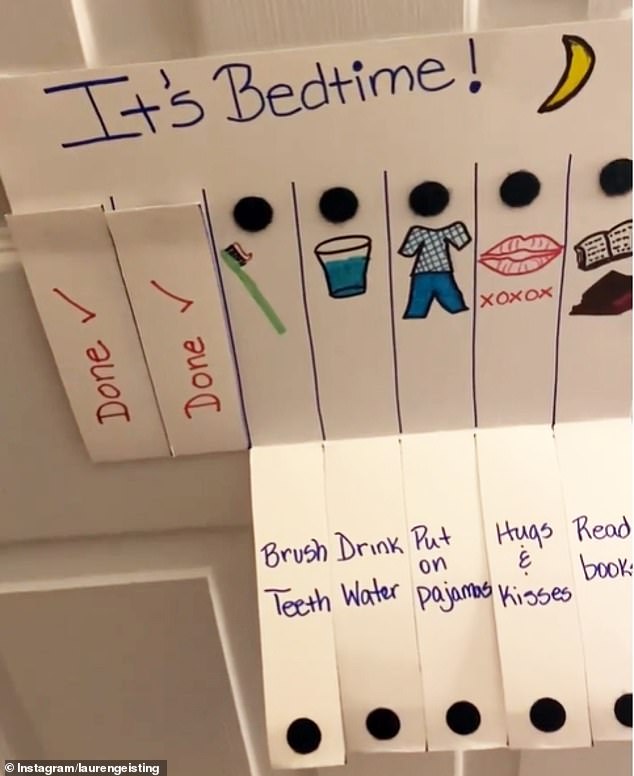 ‘This has been a game changer in our household, my amazing mother made these for my kids because our bed time has been disastrous,’ she said alongside a snap of the bedtime chart.

It has seven steps to complete before bed, including, go to the bathroom, wash or bathe, brush teeth, drink water, put on pyjamas, hugs and kisses and read books.

After each step is completed the child can close that section by sticking it up with the attached velcro.

Parents say that charts like these help kids independently manage their own chores, and the interactive aspect lets them visualise what is left to complete.

‘I have never seen my kids more excited to brush their teeth, put on their pyjamas and read a book before,’ she said.

‘It has turned our bedtime routine from 30 minutes, maybe an hour, to ten minutes. Amazing.’

Parents were obsessed with the clever organisation system.

‘What a fantastic mother. I love it,’ one woman said.

‘This is such a great idea! The cool part is that you can customise it however you like for your family’s needs,’ another commented.

One said she has a similar system but actually takes pictures of her kids doing their chores then sticks them on a board so they remember what to do.

‘It worked wonders on their morning routine for school,’ she said.

How to make a bedtime or morning routine chart for your kids:

1.  On the top of a A4 sheet of paper write either ‘morning routine’ or ‘bedtime routine’

2. Bend the paper in the middle then unfold it so there is a crease

3. Draw seven vertical lines down 3/4 of the the sheet

4. Cut along each line on the section of the page below the crease

5. Stick a piece of velcro at the top of each line, and it’s corresponding piece at the bottom of each line

7. On the backside of the lower half of the page write ‘done’ on each line

8. Laminate the chart to make it more hard-wearing

9. Your kids can fold back the line on the lower half of the page and mark it done for every step that’s completed

* Go to the bathroom

Lauren was so impressed with how the bedtime routine worked for her family, she decided to make another chart for her kids morning routine.

‘Our mornings used to consist of us constantly repeating ourselves, this chart has turned that into instant independence for the kids,’ she said.