Baby’s best friend! New mom captures the touching moment her dog went to check on her sleeping newborn in viral video that has earned the doting pup thousands of fans

A mother has shared the heartwarming moment her pet pooch checked on her newborn daughter when she was sleeping.

Ally Guerrero, from Texas, took to Twitter on 6 December to share a video of her boxer dog helping out with childcare duties.

Since the cute clip was uploaded, it has received a whopping three million views from people who just can’t get enough of the puppy love. 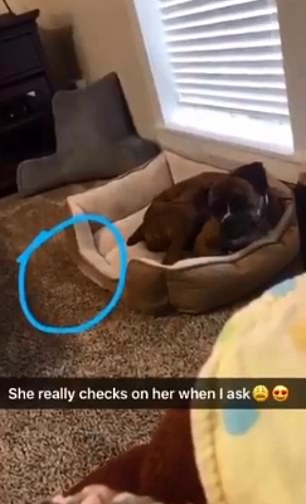 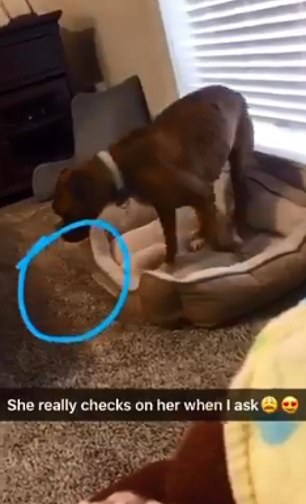 A helping hand: Texas-based Twitter user Ally Guerrero shared a video of the moment her dog went to check on her sleeping baby

While sitting down in her living room watching TV with her cute pooch, Ally decides to ask the dog to help her out taking care of the newborn.

The first clip of the video shows the dog lying peacefully in its cozy bed.

The new mother can then be heard saying ‘Go check on Maggie’, as the dog’s ears twitch, and he leaves his bed.

The dog then walks across the living room into where the baby is sleeping.

Ally’s video sees her turning the camera to face the baby monitor beside her which shows the baby sleeping.

The dog can be seen walking up close and looking into the baby’s cot.

Taking to Twitter, Ally shared the video, which has racked up over three million views, alongside the caption: ‘My little helper’. 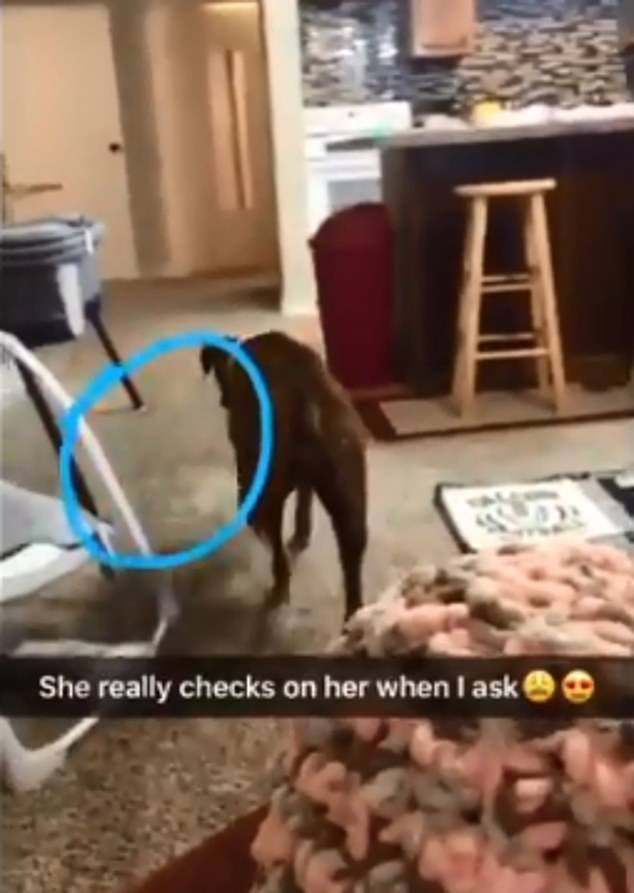 Good as gold: The boxer dog obeys her owner, as she gets up from her bed and goes into the baby’s bedroom to check on her while she sleeps 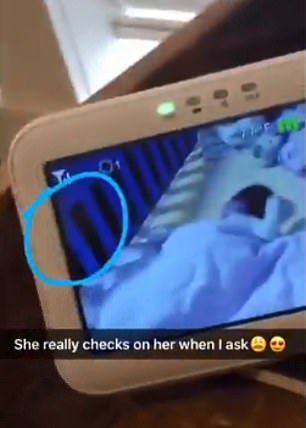 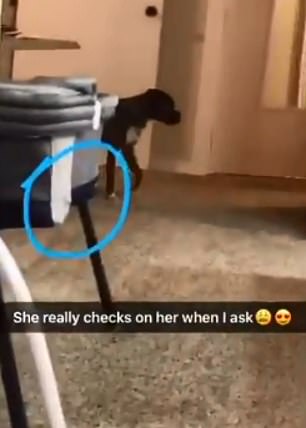 Safe and sound: The baby monitor shows the dog looking into the baby’s cot as she sleeps, before he leaves the room and returns to Ally in the living room

The video, which was most likely taken on Snapchat or Instagram, had a caption that read: ‘She really checks on her when I ask.’

The video received hundreds of comments from people who couldn’t believe how obedient the dog was.

One wrote: ‘I love everything about this, that stretch before she walks over, the quiet little walk, the office in the background… it’s wonderful.’

Another Twitter user added: ‘This world does not deserve these precious animals.’

‘We don’t deserve such amazing creatures,’ added another.

Several people then began praising the breed of dog for their kind nature, with one user saying: ‘Boxers are truly the best, hands down.’

‘Boxers love kids so they will help!’ said another.