I’ve saved £2,500 by only buying TWO new items for my baby in 17 months: Mother uses second-hand cloth nappies and has bagged £1,000 of toys for free

A thrifty mother has revealed how she’s saved £2,500 by only buying two new items for her baby since he was born 17 months ago.

Minke Van Til, 31, from Tunbridge, Kent, has acquired the vast majority of her newborn essentials – including reusable nappies – through second-hand websites and attending free events.

Along with eBay, Gumtree, Vinted and Facebook Marketplace, the new mother uses an app called YoungPlanet- which enables families to give and get pre-loved children’s toys and parenting items for free.

As a result, Minke and husband Harry Beviss, 31, have only had to purchase a car seat and a pack of vests brand new for their son Louis – with everything else he owns being secondhand. 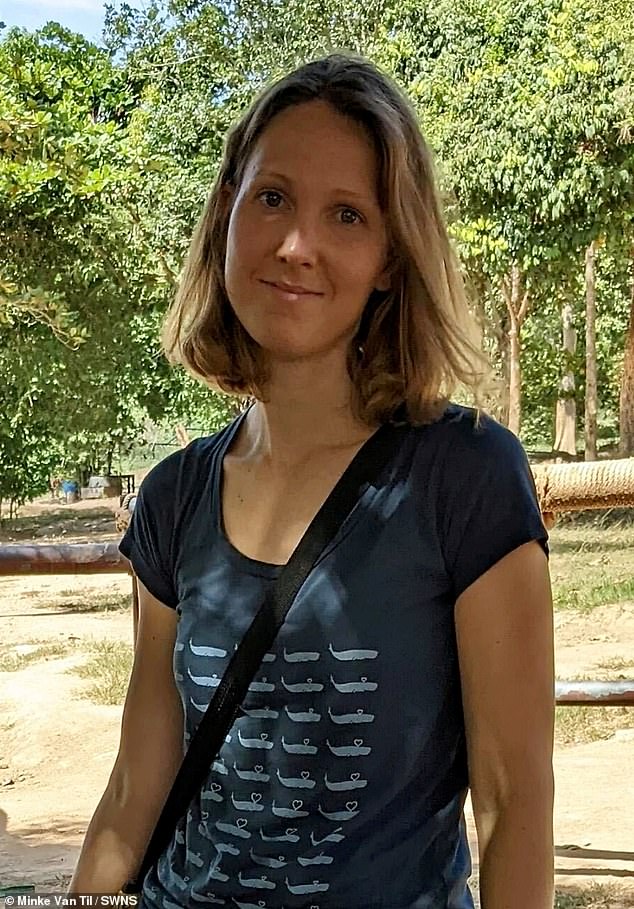 Minke Van Til, 31, from Tunbridge, Kent, is a co-director of a charity. The new mother says she’s only ever had to buy two items for her son Louis from a shop in 17 months 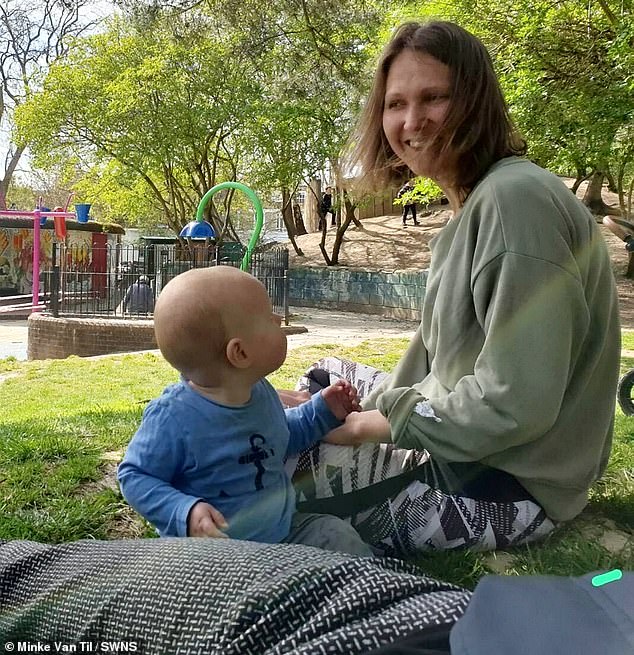 Minke has become a pro at scoruing eBay, Gumtree, Facebook and YoungPlanet app for deals, The mother and son pictured enjoying some quality time at a local playground. 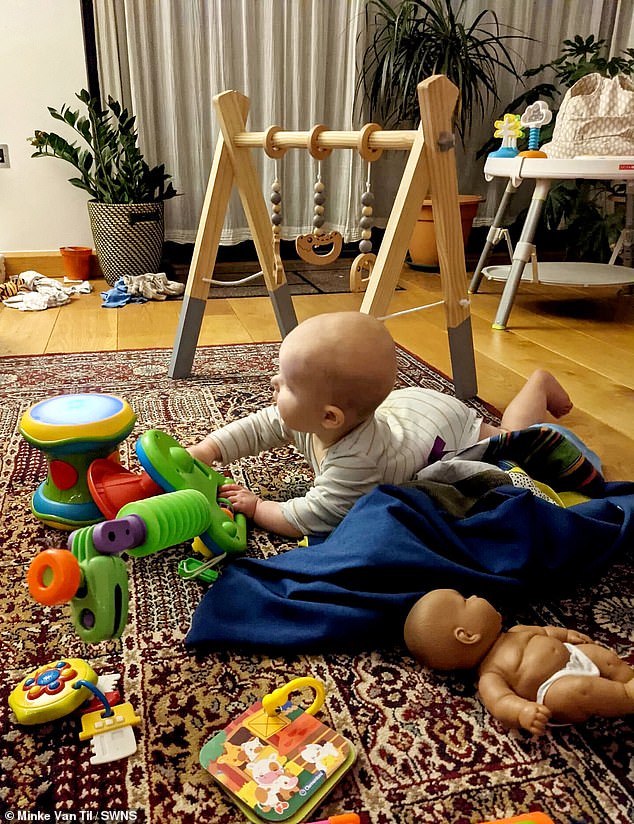 She explained: ‘I have saved thousands by buying second hand or getting it for free from other parents.

‘You don’t need all this stuff unless you have a baby and everything has a short shelf life in a babies world.’

Along with a free buggy, cot and mattress, the mother, who is a co-director at a charity, says Louis has a £1k toy collection that she didn’t have to pay for either.

Rather than having to drive to her local high street, the mother enjoyed connecting with other new parents in her community by browsing online for second-hand items. 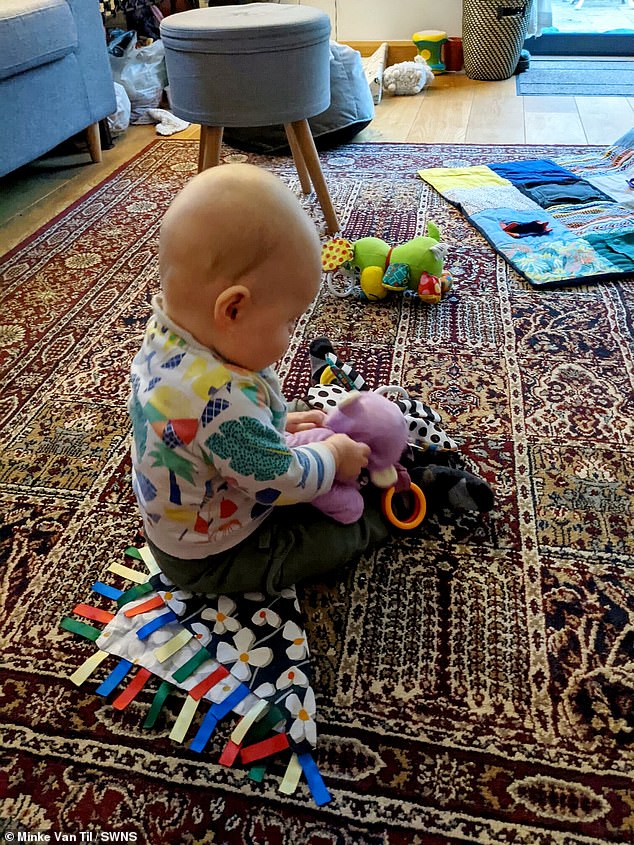 The mother says all of Louis’ clothes – except a single pack of vests – have been second-hand. Once he’s outgrown them, the mother passes them on too

Minke continued: ‘I would walk to pick up items from other mums in my area which gave me something to do with my day on maternity leave too.

‘I got loads of reusable nappies for free at an event where we swapped baby stuff.

‘We also got our cot and mattress for free which would have cost about £400 new.’

Whenever she brings second-hand clothing home, Minke says she simply washes it on a high temperature before adding it into the rotation.

She added: ‘Once it no longer fits Louis we pass it on too.’

Before becoming a mother, the environmentally-conscious parent had made a point of buying second-hand furniture and clothes for herself where possible. 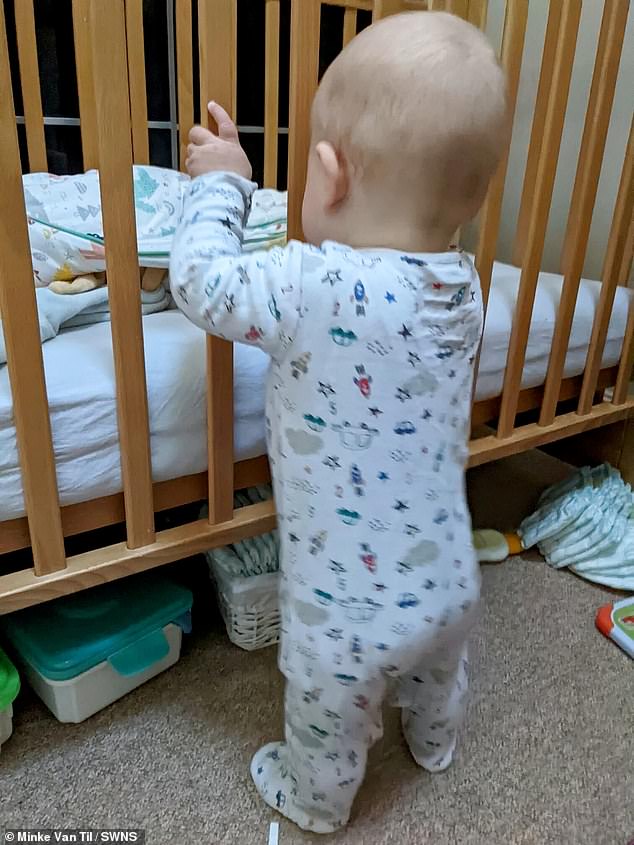 The mother says she’s saved £2,500 in 17 months by sourcing second-hand items for her son instead of buying them new. Louis pictured next to his second-hand cot and mattress

That said, she claims she’s bagged her best free items on the YoungPlanet app.

Minke explained: ‘I found out about the app through a mum at playgroup when I told her I was looking for a snowsuit for Louis.

‘She showed me the app and sure enough I found someone who lived nearby who had one perfect for Louis.

‘I’ve got so many good branded baby clothes for free and I then pass them on. We’ve probably gone through about £1k worth of toys and got them all for free.

‘The only thing we bought new was a car seat because of safety issues with used ones and the odd specific sized vest.’

In total, Minke estimates that she’s saved £2,500 on baby items – and the family put that money towards a recent holiday to Thailand.

She added: ‘New things are a lot more money and a big plastic waste. A baby can wear something for a month and then grow out of it.’