Scott Morrison has linked the government’s management of the economy to the control of petrol prices and interest rates, saying both would go up more than necessary if the Coalition loses office at the next election.

The Prime Minister, campaigning in western Sydney on Monday, suggested interest rates were on their way up but they would go up by even more if Labor was in power. 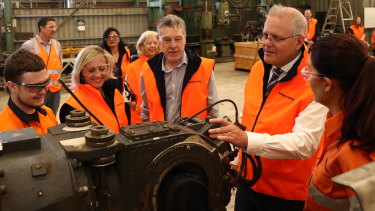 Cost of living pressures have been climbing this year with inflation, driven in part by global supply constraints, out-stripping wages growth. While the Reserve Bank has signalled it does not expect to start lifting official interest rates until 2024, financial markets are expecting rates to start climbing by the middle of next year.

A survey by research firm McCrindle on behalf of the Finance Brokers Association of Australia, released on Monday found half of people quizzed said they would struggle to deal with a $300 a month increase in the average $572,000 mortgage.

Average petrol prices in many parts of Australia are at record levels over recent weeks, climbing above $1.70 a litre in Canberra, Hobart and Perth.

Across Sydney and Melbourne last week, unleaded petrol averaged about $1.65 a litre. Petrol is the single largest weekly purchase by the average household.

Mr Morrison said the lift in inflation in the United States, where it climbed to 6.2 per cent last week, highlighted the issues at play in the Australian economy.

“That’s why economic management is so important now, as we come out of COVID, having secured our health through the pandemic, we now must secure the economic recovery.”

The comments hark back to the 2004 election when then-prime minister John Howard said interest rates would always be lower under a Coalition government. The official cash rate then increased during his last term in office.

Wages data this week is expected to confirm inflation, currently at 3 per cent, is still out-stripping income growth for most households. 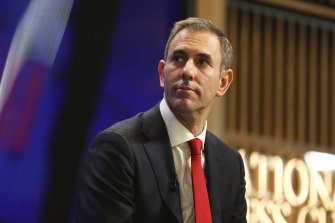 “He’s so desperate to distract from the economic failures and wasted opportunities that define his time in office that he’s resorted to more and more ridiculous claims.

“If he cared about the costs of living including petrol prices, which skyrocketed on his watch, he wouldn’t have come after wages and job security in middle Australia like he has. Is he seriously now claiming interest rates wouldn’t go up if he’s re-elected, or that he’ll control world oil prices? He’s made middle Australia more vulnerable, not less.”