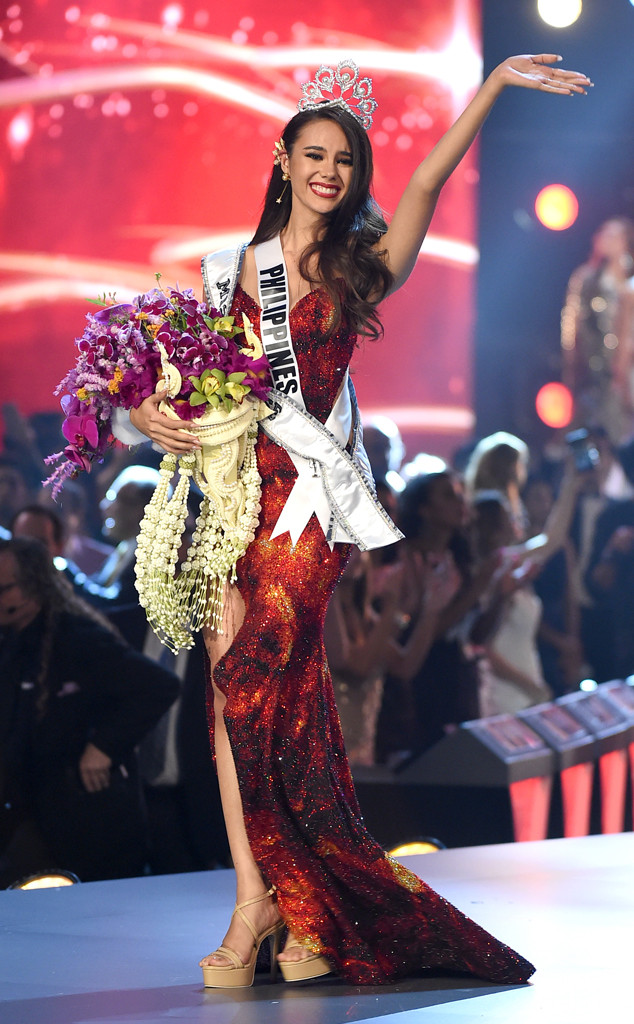 Miss Philippines Catriona Gray was crowned the winner of the 2018 Miss Universe pageant, which was held Sunday in Bangkok, Thailand. Miss South Africa Tamaryn Green was the first runner-up and Miss Venezuela Sthefany Gutiérrez was the second runner-up.

Steve Harvey and Ashley Graham hosted the evening and were joined onstage by a special performance by Ne-Yo. Harvey returned as the emcee of the evening once again, despite his famous flub a few years ago after accidentally announcing the wrong winner at the 2015 Miss Universe pageant. Graham co-hosted the show last year as well.

The women from around the world vying for the coveted tiara participated in a number of events, including a swimsuit and evening gown presentation.

Graham was joined by television personalities Carson Kressley and Lu Sierra as they gave updated commentary throughout the evening.

South Africa’s Demi-Leigh Nel-Peters took home the crown in 2017 and was there to present Gray with the iconic sash and crown. Miss Universe 2017 was only Nel-Peters’ third pageant! She spoke to E! News in November 2017 about why these types of events and shows are special. She said, “You can be beautiful and you can be smart and you can make a meaningful difference in your community, in your country, in your world.”

She has since been linked to former NFL star and current MLB player Tim Tebow.