Made you look twice! Optical illusion photos reveal scenes that appear to be something totally different until you take another glance

From a broken chair that’s actually a cat sitting down, to some trains that look like needles, social media users have been sharing pictures that at first deceive the viewer’s eyes.

The confusing snaps from across the globe were collated in an online gallery by Bored Panda, including a dog so squishy it appears to be a furry blanket.

Other snaps show some gorgeous red puppies that at first look like some delicious fried chicken wings.

In another photograph, a parsnip looks exactly like pale, skinny hand. 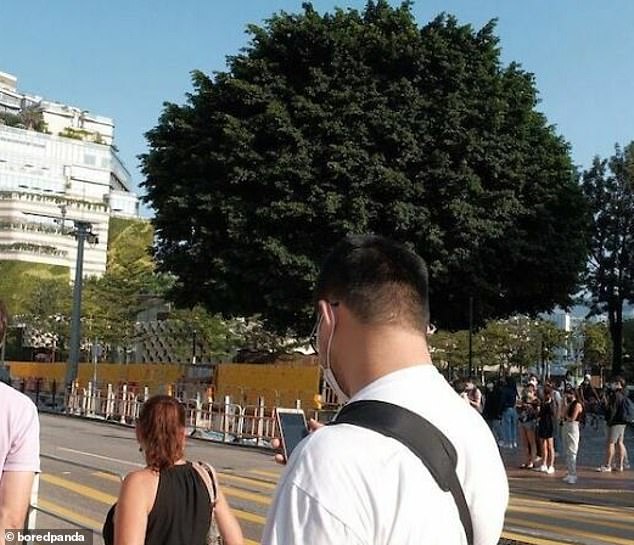 This man completely unaware of his surroundings, inadvertently walked into the perfect shot for some more voluminous hair 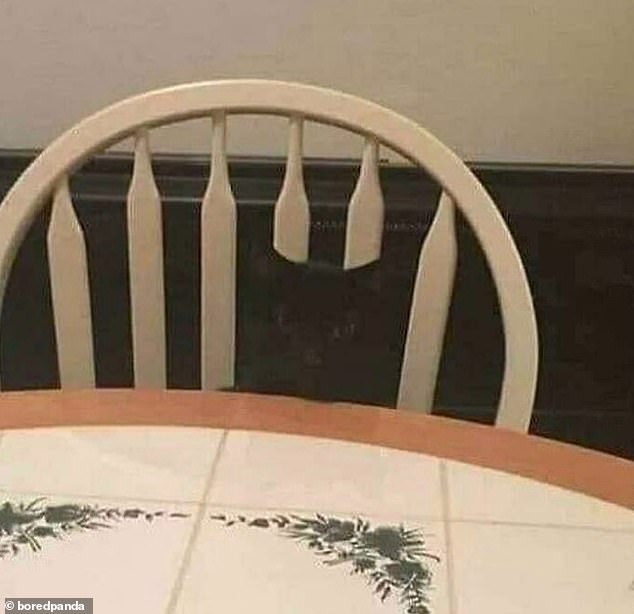 If at first you saw a broken chair you’ll be forgiven, but in fact a tiny little black cat peeks over a table 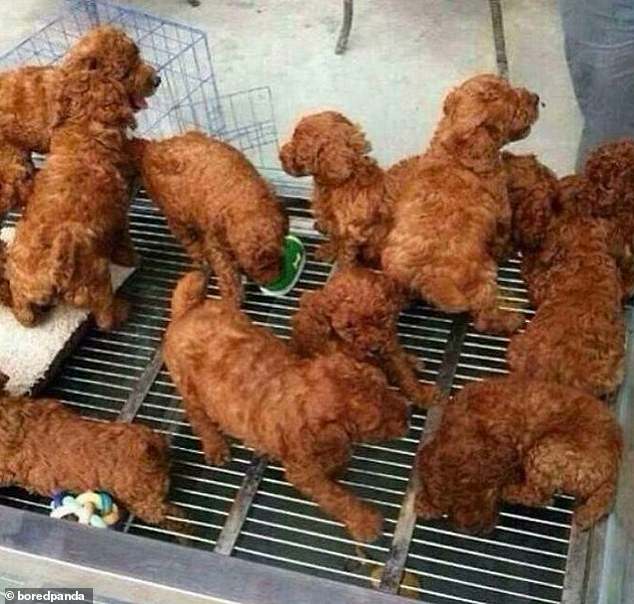 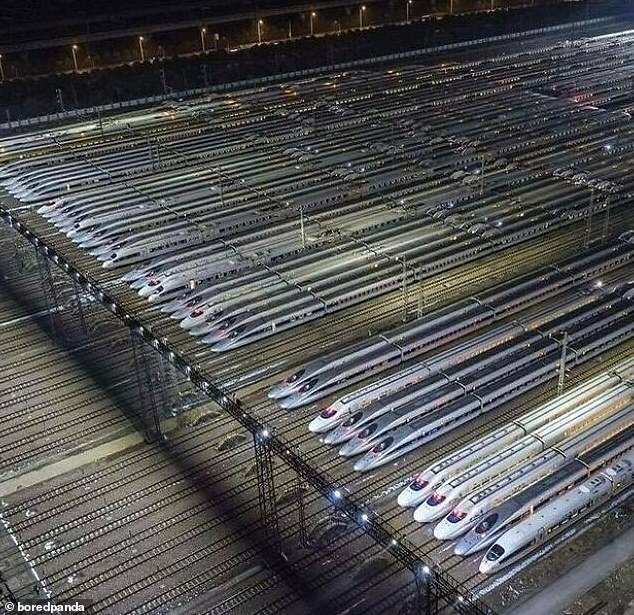 Needles are so easy to lose for the keen sewer, and that solution remains unsolved, as theses are actually parked trains 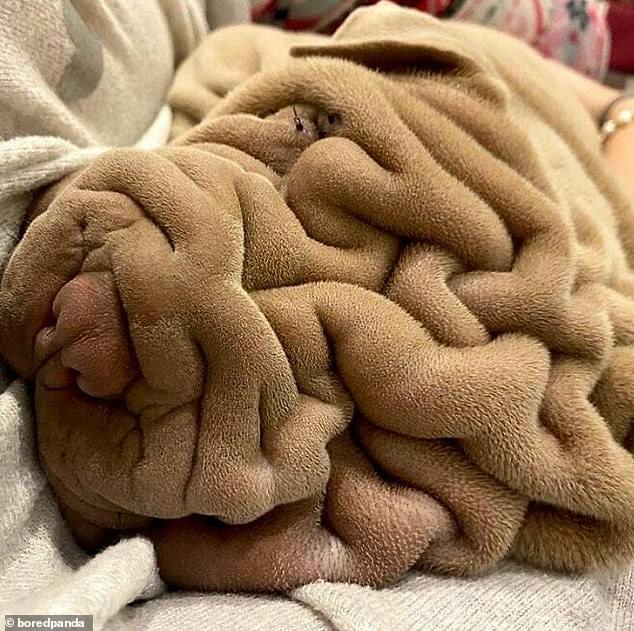 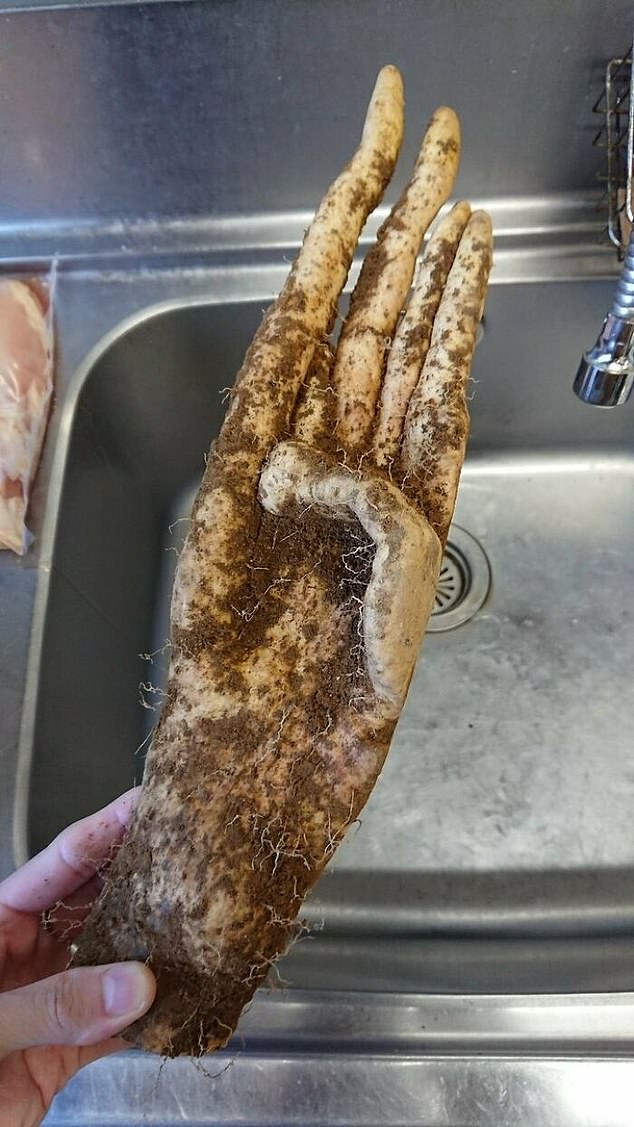 Does anyone speak root vegetable? This parsnip seems to be trying to reach out to humans through a type of sign language 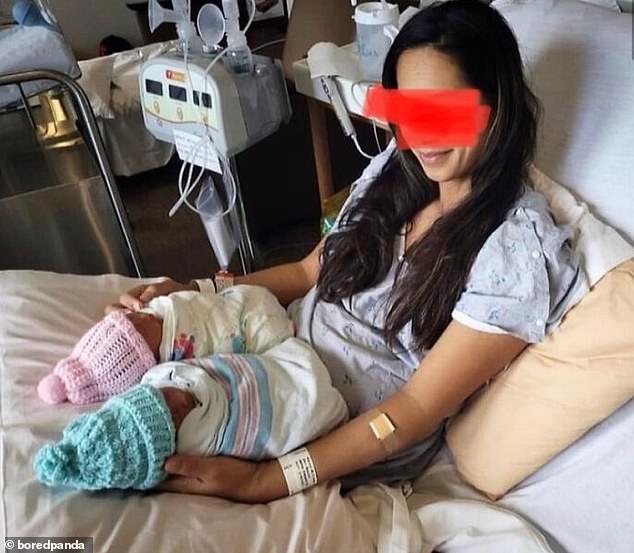 In a slightly macabre-yet-relieving picture, what at first appears to be a woman who underwent a double amputation is actually the proud mother of healthy twins 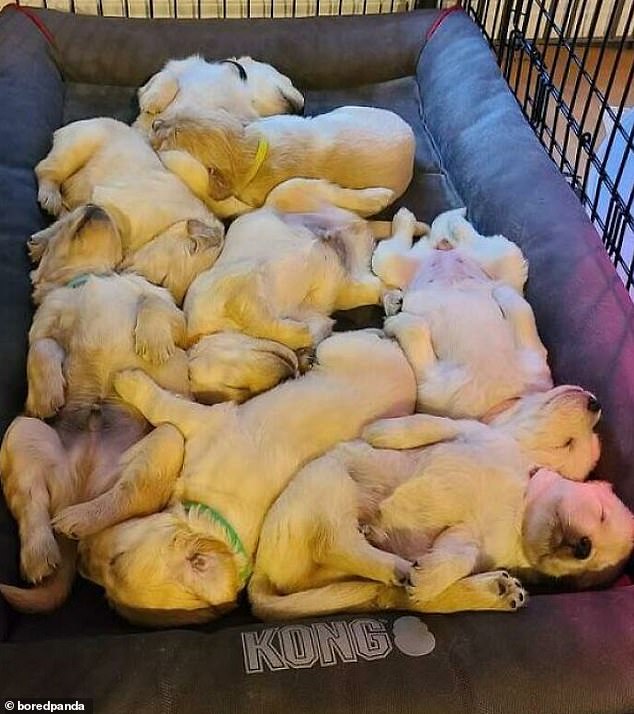 Proving yet again that dogs and poultry look alarmingly alike, some raw chicken thighs are actually a litter of newborn pups 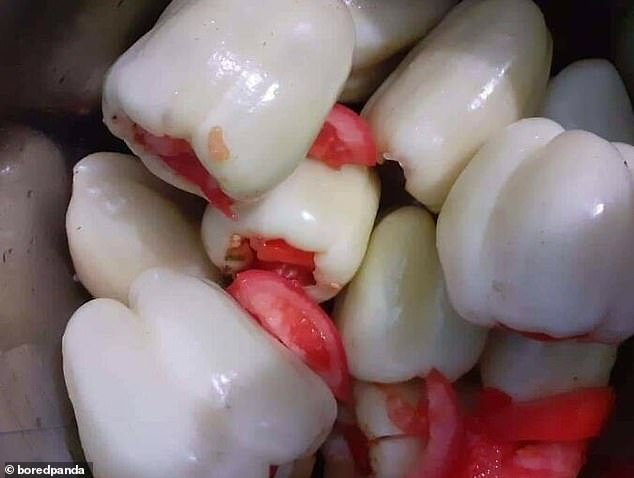 A bunch of pulled human teeth is a pretty gruesome scene, but luckily this is a pile of white bell peppers and sliced tomatoes 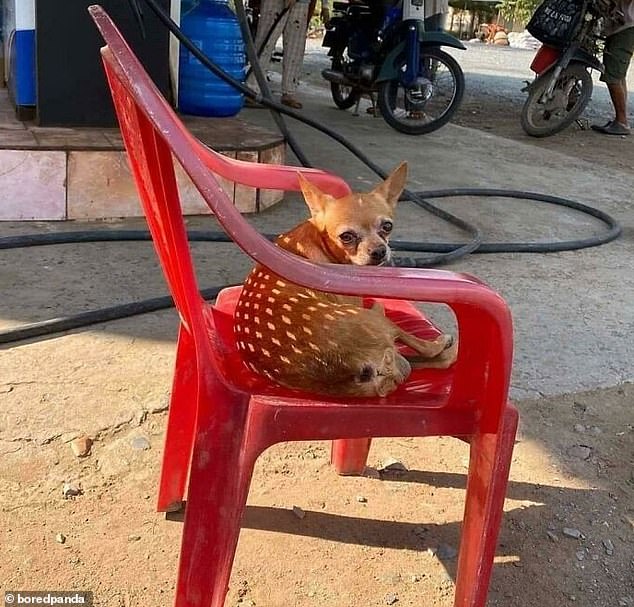 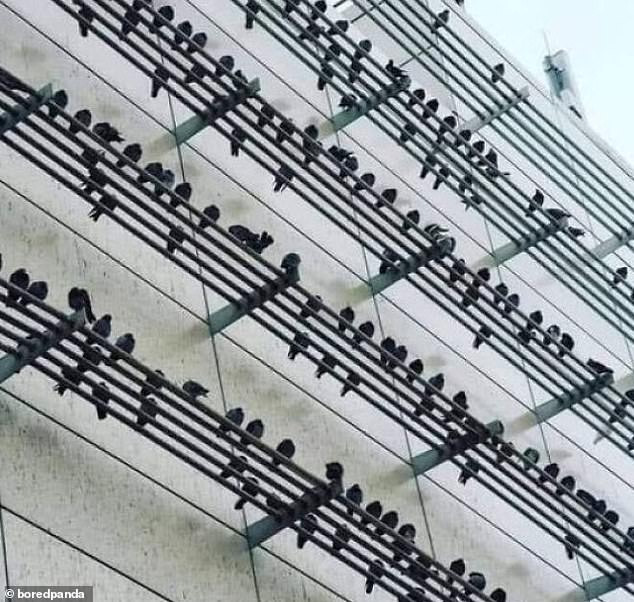 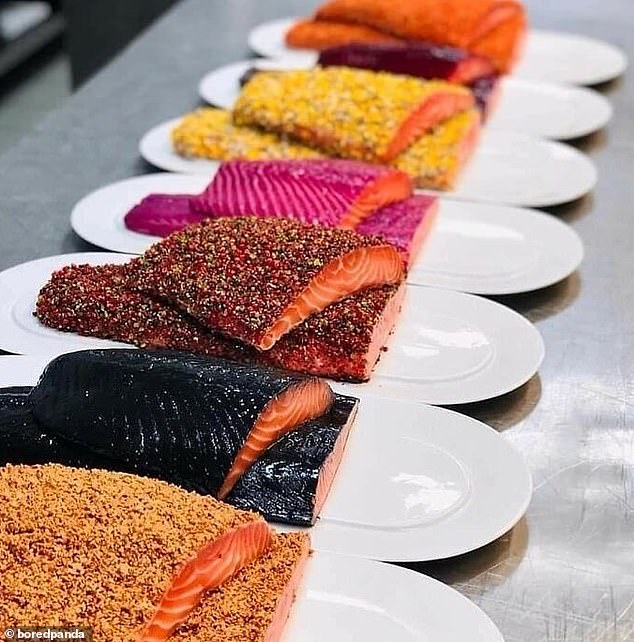 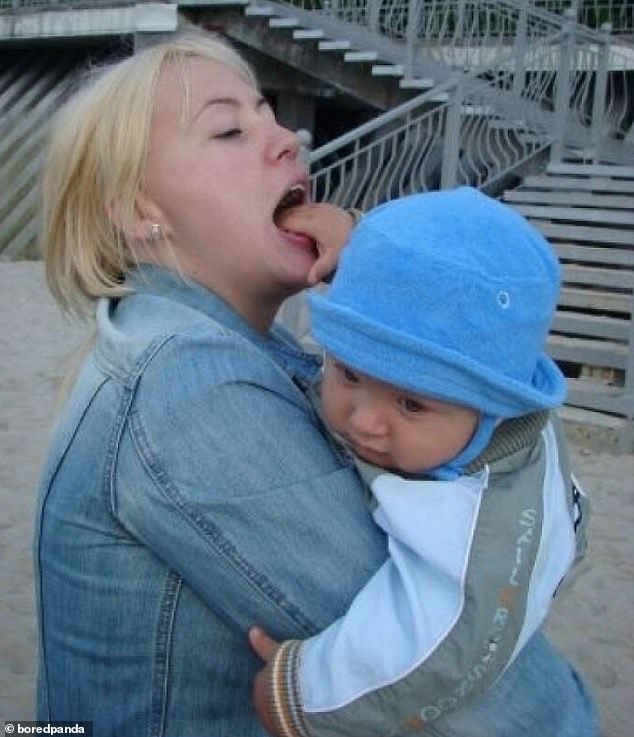 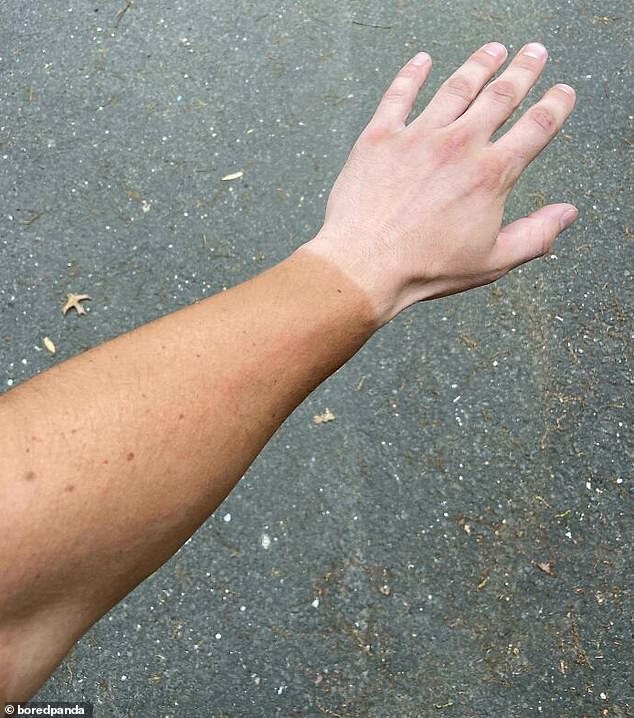 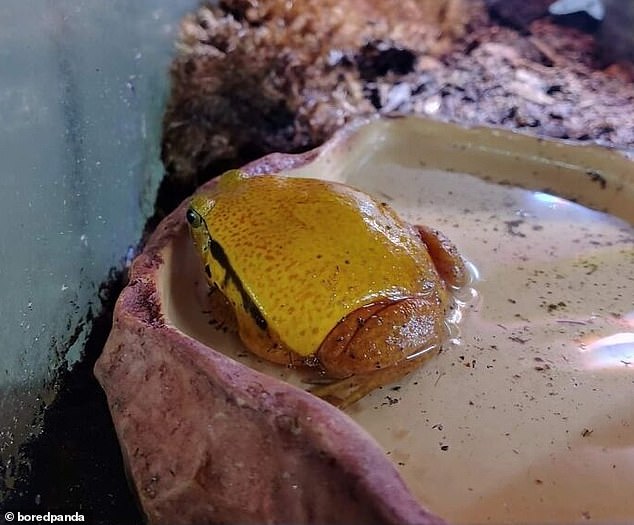 This sad, wilted cheeseburger seems to be missing the top bread bun but in actual fact—it’s a yellow frog 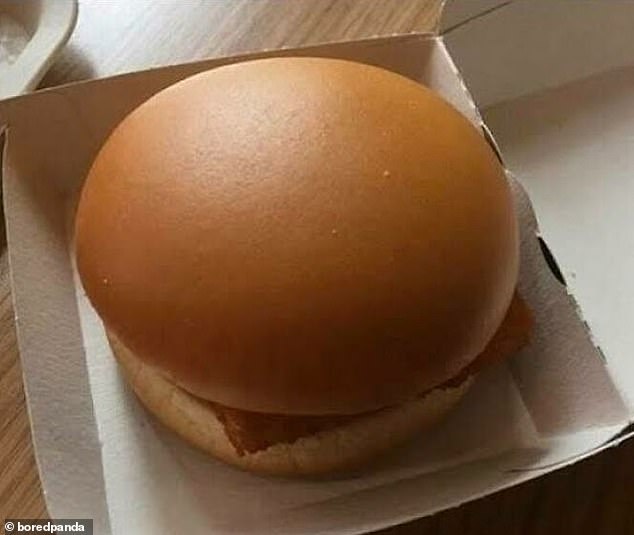 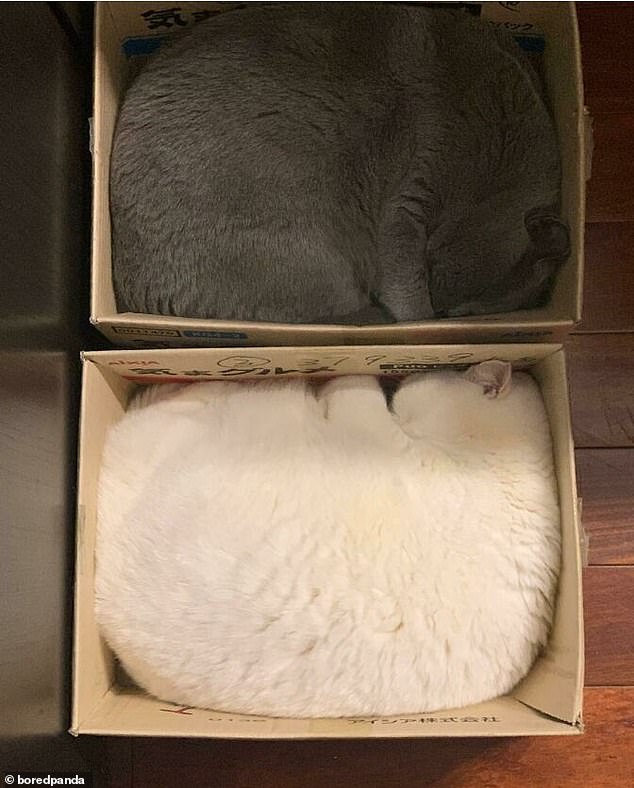 Everyone love a good picture of some squidgy bead dough rising, but these cats are simply not part of that 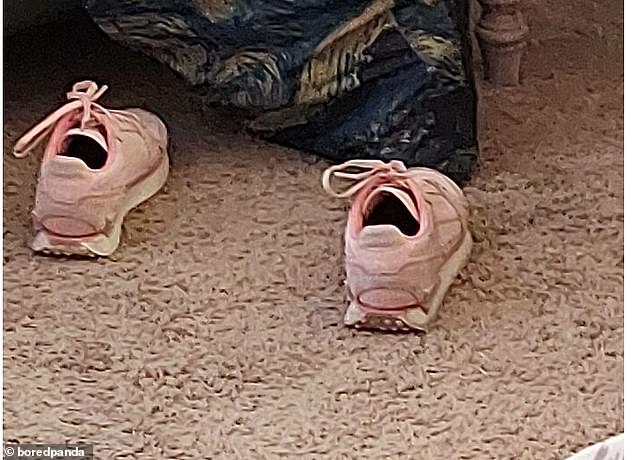 These sad, screaming faces are actually some abandoned pink trainers but it’s hard to view them as the latter 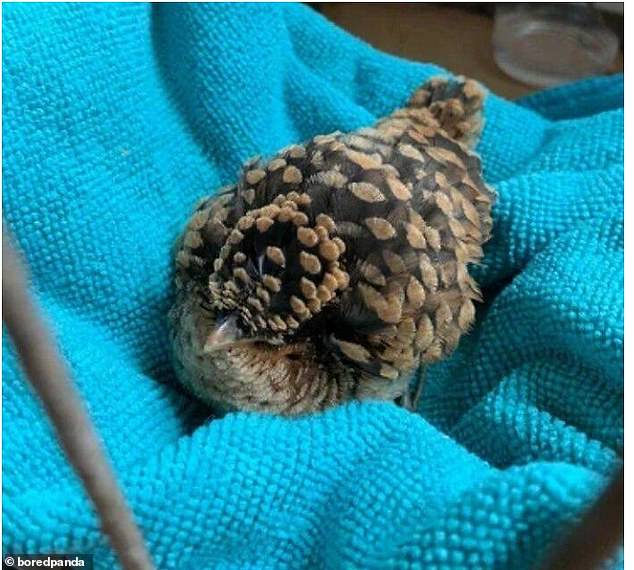 One to add to the pinecone collection! Except that this is a tiny little bird sleeping ona blue blanket 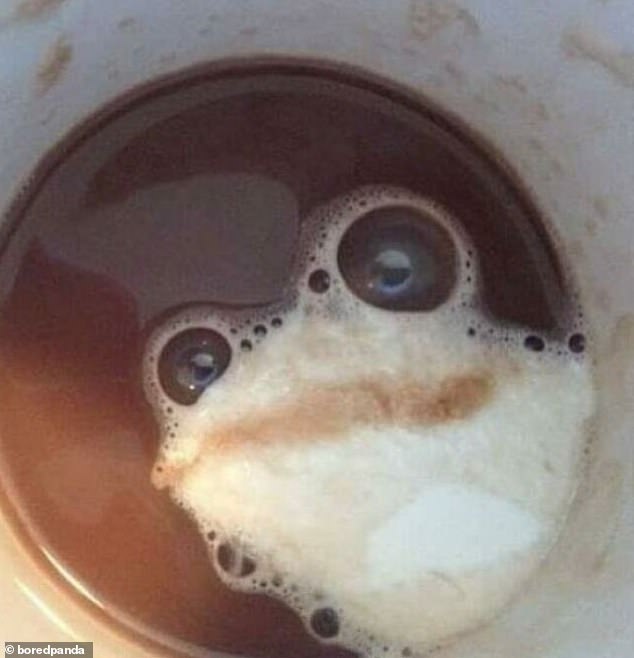 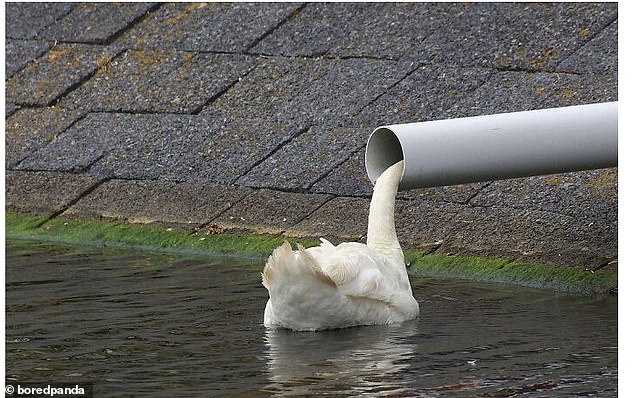 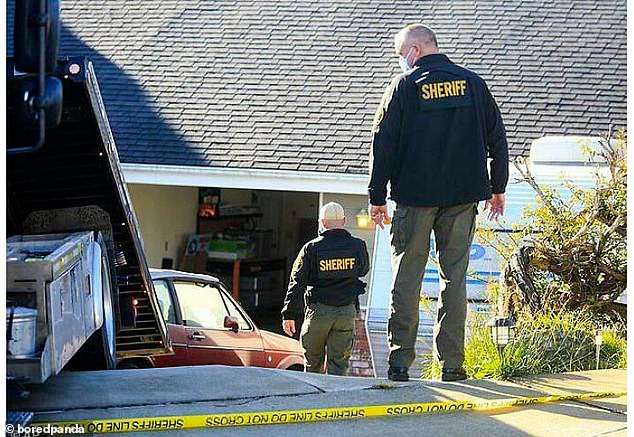 How sweet! A father took his son to ‘take you child to work day’… or so the camera angles would have us believe