It was quite emotional for Miranda Lambert to be back performing for her fans again, and she couldn’t stop the tears from flowing at her first show back.

Miranda Lambert returned to the stage for her first, full band live show in more than a year on April 24. Due to the coronavirus, Miranda and other artists have not been able to tour since before March 2020, so it’s been quite a big deal to see singers slowly getting back to the stage for safely-organized shows. The emotions flooded Miranda when she was singing her very personal song, “The House That Built Me,” at the concert. She fought back tears, and even had to stop singing and let the audience carry the song as she cried.

Miranda looked incredible onstage, wearing the ultimate country cowgirl look for the show. She rocked a black miniskirt, paired with a red shirt that featured white fringe detailing. Her look was complete with a chunky belt and white cowboy boots. In the video from her performance, she could be seen wiping away tears as the crowd gave her love and encouragement by cheering her on.

One week prior, Miranda took the stage for the performances at the 2021 ACM Awards. First, she opened the show alongside Elle King. The women sang their new song, “Drunk,” and absolutely slayed it! Miranda also filled in for Chris Stapleton’s wife, who couldn’t make the show, during his performance, and was joined by Jon Randall and Jack Ingram for a rendition of her new song with them, “In His Arms.” 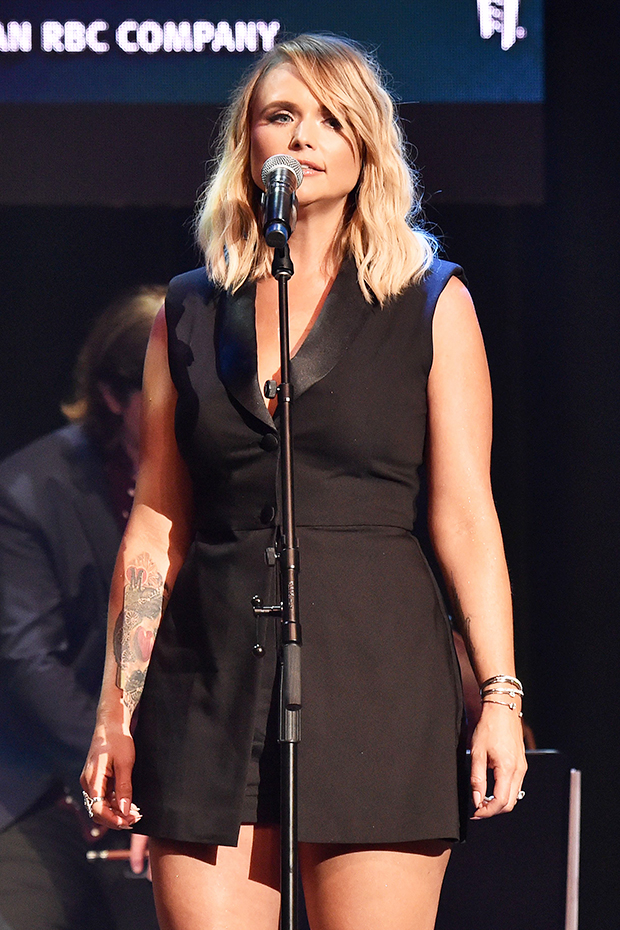 Miranda’s ex-husband, Blake Shelton, was also a performer at the show. However, they were able to avoid any awkward run-ins due to the spread out nature of the ceremony — the performances took place from different locations throughout Nashville, rather than in one room. This provided a safe way for the artists to come together for country music fans amidst the COVID-19 pandemic.

Brendan McLoughlin, Miranda’s husband, was her hot date for the evening. “Lucky to spend another great night with this beautiful woman,” he wrote on Instagram after the show. Brendan was also by Miranda’s side at the Grammys in March, and gushed, “I could not be more proud of this wonderful woman I get to call my wife. Last night you continue to show the world how being true to yourself rewards you. Watching this album go from being just a thought to celebrating your Grammy victory was magical. I cannot wait to be part of the future magic you create.”