Mindy Kaling opened up about a frightening experience that she went through while pregnant with her first child.

“The most genuinely scary situation I’ve ever been in was when I was actually eight-and-a-half-months pregnant with her,” the actress, 43, who is the mother to daughter Katherine, 4, and son Spencer, 2, said during an appearance on Jimmy Kimmel Live!, which aired on Monday, October 31.

According to the Mindy Project alum, a dinner with B.J. Novak took an unexpected turn when they arrived at their location. “He parked the car and we got out of the car, I noticed there was a weird kind of guy, staring at us from the parking meter,” she explained. “When we got out, he was like, ‘Hey, love you guys in The Office!’”

The former costars, who met on the set of the hit NBC sitcom, returned to the car after they realized the restaurant wasn’t open.

“When we walk back to the car — what we think is the car — we’re like, ‘Oh, that’s probably not it, because there’s somebody sitting in the driver’s seat,’ and we keep walking,” Kaling continued. “We go back to the car and the guy that we had talked to by the meter had gotten into B.J.’s car, was sitting in the driver’s seat and had B.J.’s laptop open and was on B.J.’s laptop.” 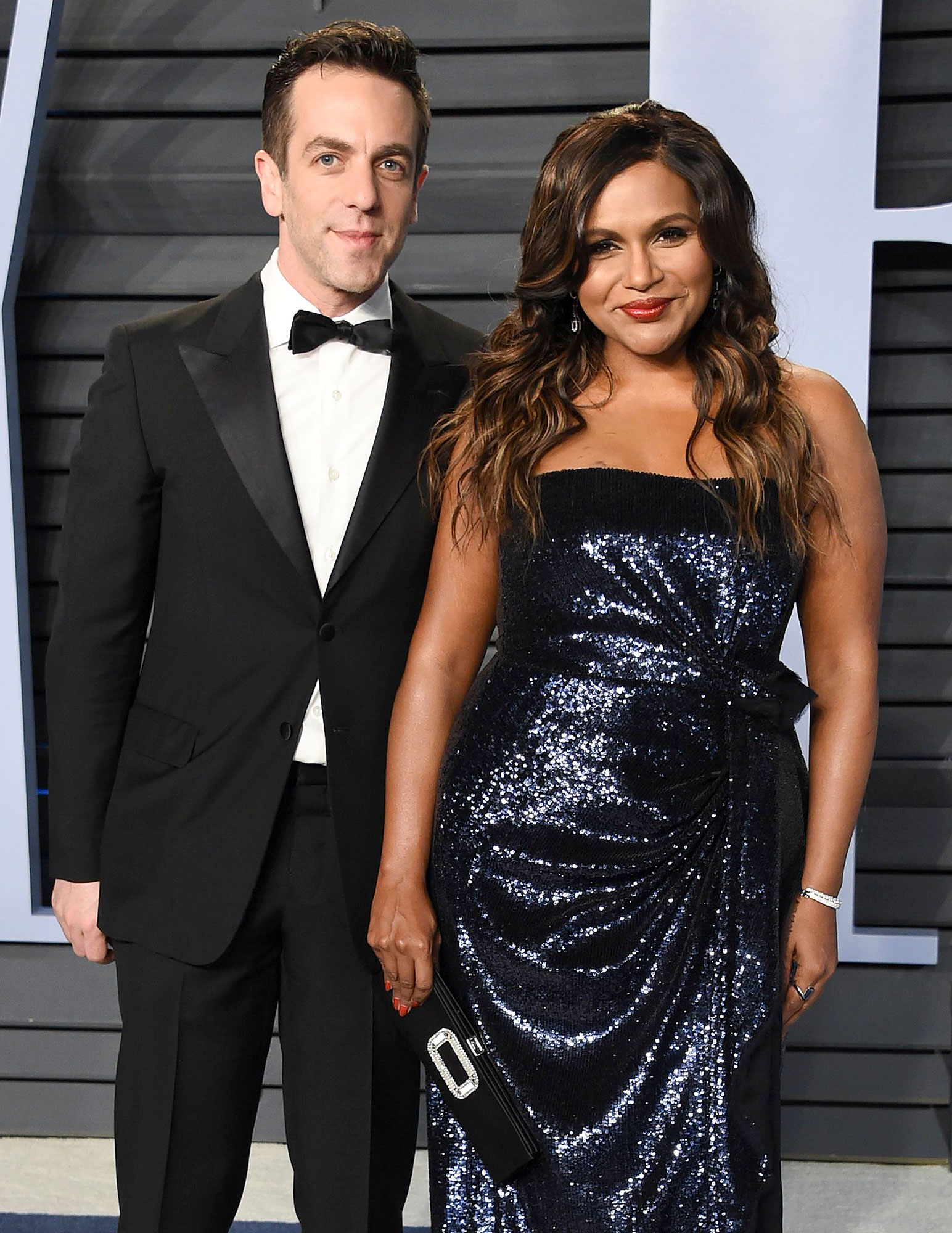 The Massachusetts native recalled finding it “strange” that the man didn’t try to steal anything from Novak, 43. Despite being pregnant at the time, Kaling chose to block the driver’s side door to prevent the intruder from running away.

“My sense of justice was greater than my sense of wanting to live,” she joked. “Finally, B.J. got his laptop back and all of his stuff and he nodded to me, like, ‘You can open the door and let him out.’”

Kaling noted that when they let the man out, he had a shocking response. “‘You guys should be careful. Anybody could just get into your car,’” she recalled the stranger telling them. “As though this whole thing had been this like, ruse, he had planned to teach us a valuable lesson. By the way, it did teach us that! And then he kind of wandered away.”

The mom of two, who dated Novak from 2004 to 2007, previously opened up about their close-knit friendship. “He is not my boyfriend, but he is not my best friend,” she told InStyle in 2015. “I guess you could describe our relationship as a ‘romantically charged camaraderie with loud arguments,’ but I don’t think Facebook would accept this as a new status.”

Earlier this year, Kaling opened up about her reaction to fans thinking Novak is the father of her children. “It doesn’t bother me,” she told Marie Claire in August. “He’s the godparent to both my kids — and they have such a great relationship.”

She added: “So [the speculation hasn’t] affected my happiness at all, it hasn’t affected my kids or BJ. If that’s what is going to be titillating to people, I’ll take it.”