Rosa Parks was honored by the Milwaukee County Transit System (MCTS) to mark the anniversary of her brave act of civil disobedience in 1955. Over the weekend, MCTS left an open seat with red rose on it on each city bus to honor Parks, 63 years after her arrest became a milestone in American history.

Parks was arrested on December 1, 1955 after refusing to give up her seat on a bus to a white man in Montgomery, Alabama. Parks was a seamstress and longtime secretary for the local chapter of the NAACP, and her quiet act of protest inspired a year-long bus boycott led by Dr. Martin Luther King Jr.  In the end, the U.S. Supreme Court ruled that the segregated seating laws were unconstitutional.

“Now, more than ever, Rosa Parks’ courage and beliefs should inspire us every day,” Milwaukee County Executive Chris Abele said in a statement. “This country was changed for the better on that December day when she refused to give into racism and oppression.”

“While we can never truly thank her for her brave actions, we mark the occasion to remember and honor her bravery and convictions,” Abele said.

Each seat left empty for Parks will also have a sign with her picture and one of her most famous quotes, in which she modestly said of her courageous act: “My only concern was to get home after a hard day’s work.” 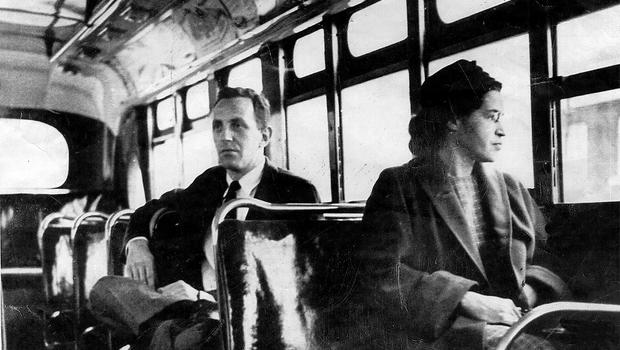