Find out who got puked on, who passed out in a bathroom and how they overcome messy moments caught on tape.

“Messyness” stars Nicole “Snooki” Polizzi, Tori Spelling, Adam Rippon and Teddy Ray opened up about their most memorable messy moments — and they did not hold back.

The new MTV series, which is a spinoff of “Ridiculousness,” follows host Snooki and her panel of “messy besties” as they “celebrate the chaos that occurs when adulting breaks down and life’s most embarrassing moments are caught on camera,” per the network.

In an interview with TooFab, Snooki, Tori, Adam and Teddy shared a few of their own personal partying disasters — from falling asleep in a restaurant bathroom to being covered in “hot” vomit — and the four stars definitely didn’t shy away from revealing all the dirty details. 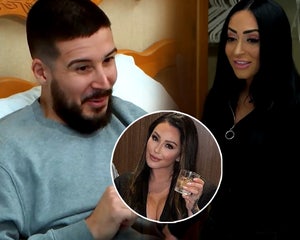 Adam said “one of my messiest disasters ever” was when he went to a gay club for the first time.

“Of course I thought I was going to meet the one,” the former professional figure skater hilariously recalled, “but what I didn’t realize was the one was me going to Z Pizza and then falling asleep in the handicapped bathroom. I didn’t realize how comfortable it was … I said, ‘This is like the exit row of a plane.’ I’d awoken myself, just from the sheer knock on the door of like, ‘Are you okay?’ which I wasn’t but I did get up and he rises as they say.”

As for Snooki, she said she’s had “a lot of” messy moments, many of which fans have of course watched play out on-screen on “Jersey Shore.”

“I feel like everyone has seen me be insane,” she told TooFab. “But speaking of pizza, I love getting drunk and then ordering a lot of pizza and then snuggling with it so then when I wake up in the morning and I’m hungover and still a little drunk I start eating it. So that is like my favorite thing to do. … Even if it’s cold. I’m like, ‘Let’s go girl’ and I just shove it in my face.”

However, Teddy’s partying disaster was by far the grossest as someone once threw up on him — and the temperature of the vomit stuck with him. 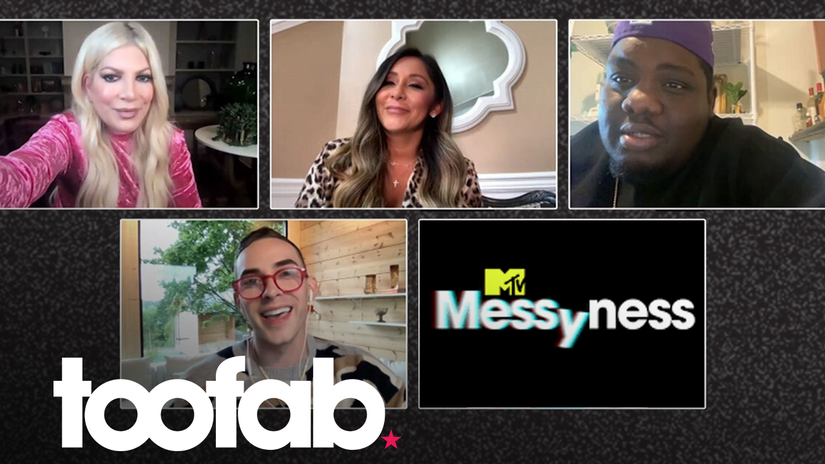 “I got thrown up on and it was very hot,” he said. “Like your stomach acid must be hotter than most stomach acid, I don’t know but it was hot.”

“Like warm or like sexy hot?” Snooki asked, to which Teddy replied, “No, no, no, like physically hot … it was not sexy at all. I just had a button-up [shirt]. I had to go back to the car [and] switch [shirts]. I was done with the club. Once you get thrown up on, there’s no like, ‘Hey let’s go back in there and turn up!'”

Meanwhile, one of Tori’s most memorable messy moments involved her MTV costars. The “90210” star brought up that Snooki took them all to The Abbey in West Hollywood — and Adam, for one, left them to go hang out with Paula Abdul.

“Oh my god. He left us the whole night. I’m like, you kidding? You left us for Paula Abdul,” Snooki said, to which Adam said, “Listen, it’s Paula Abdul.” Rippon said he eventually returned around 1:00AM, but “everyone was already gone.”

“Next time, we should put a leash on him so he can’t move,” Snooki joked, with Adam admitting he’d “willingly” wear one. “I know you would!” Snooki shot back.

Teddy pointed out that he used to get embarrassed more growing up, with Adam agreeing.

“I think when I was younger I would get embarrassed as a kid, but now I don’t think I ever am embarrassed by anything,” Adam said, to which Teddy added, “I’ll be more so relieved that people know the dumb stuff that I’ll be doing [like], ‘Oh, you know the real me. That’s what’s up.’ Now, I don’t have to warn you, tell you.”

Tori also chimed in, noting that if you “claim it and call it out, you kind of shut it down.”

As for the best way to overcome a messy moment if it’s caught on tape? “Delete it,” Adam said, to which Tori added, “Yeah, smash the phone.” Snooki joked to “delete all of ‘Jersey Shore,'” while Adam suggested to “do something even messier.”

“Messyness” kicked off their one-week premiere event on Monday, August 23rd. New episodes air each night this week at 7:00 PM and 7:30 PM ET/PT on MTV. 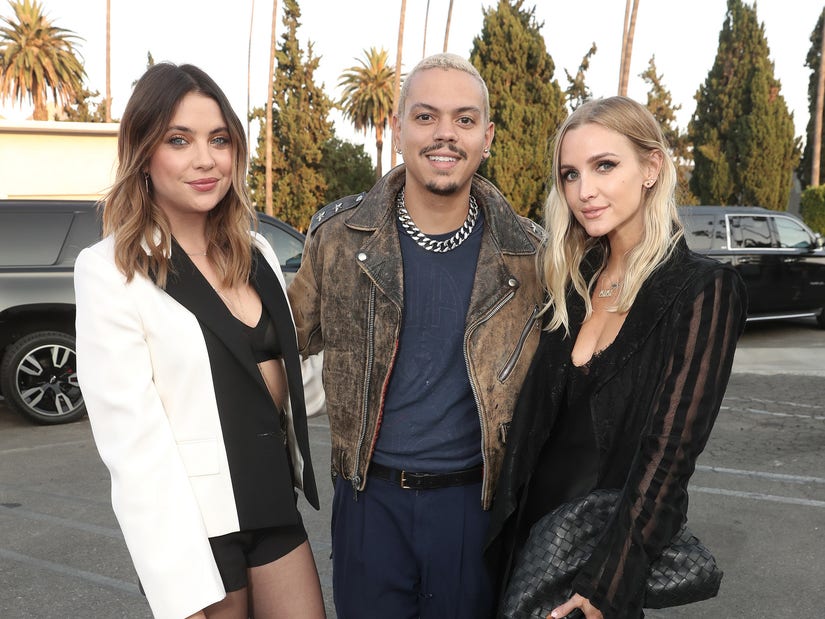