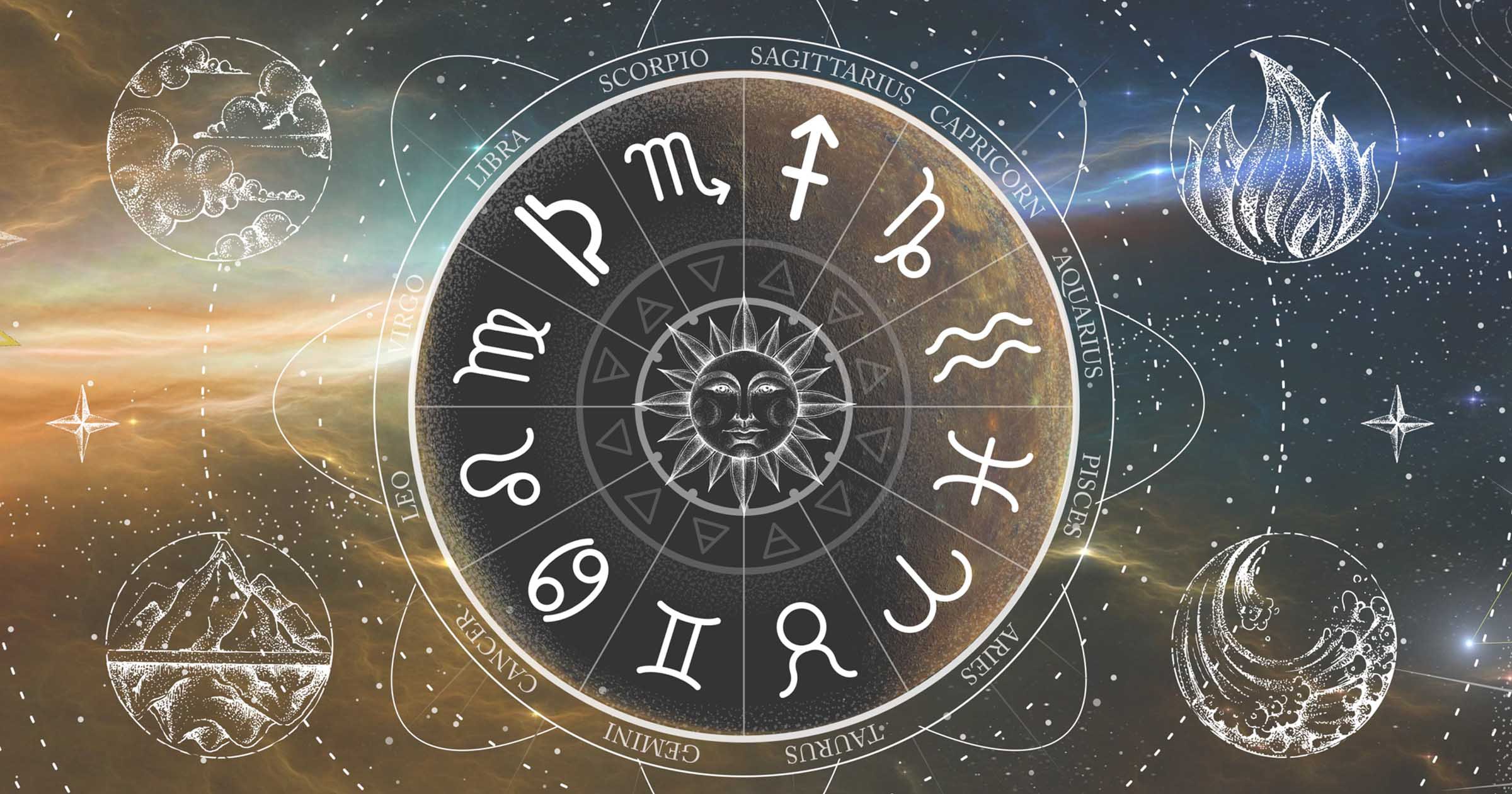 On September 9 we head into another Mercury Retrograde for a few weeks (until October 2).

This astrological transit can create havoc with travel, business and communication plans or activities, as it hits the areas that Mercury governs.

A retrograde is actually just an optical illusion where it looks as if a planet is spinning backwards from Earth. This occurs due to different speeds of orbital travel between different planets.

So, it’s nothing you can’t handle. It might just mean a few little gremlins in the machine, tech hiccups, late trains or crossed wires.

Want to find out how to best survive and thrive in this tricky transit? Let the tarot guide you, with your star sign’s horoscope for this tricky period…

Tarot card for Aries for Mercury retrograde: Nine of Wands

Meaning: Don’t be put off by anything! Carry on, as you were, doing what you were planning to do anyway.

The Nine of Wands is a big reassurance that any issues arising from Mercury’s retrograde will be easily handled if tackled fast and directly, and there’s nothing to stop you pushing ahead with your travel, commercial and communication plans as usual.

Be proactive at dealing with issues and all will be well.

Meaning: Something you already can see on your calendar that seems tricky or challenging may get an extra boost of trickiness from the retrograde, so prepare for it fully, with a plan B… and C.

Strength shows you may be challenged but you will come through, with flying colours, and a new life lesson or hack that you will go on to always do in the future.

Tarot card for Gemini for Mercury retrograde: Nine of Coins

Meaning: Be super cautious and attentive to anything you’re doing which impacts your long-term plans or investments in your wealth, health, work or home.

So, new contracts or agreements, applications, accounts or memberships.

Make sure details are correct, you have doubled checked it all, and there’s a plan B if something went awry.

The Nine of Coins applauds you for making strong long-term plans, but asks you to be careful this retrograde season with the details.

Tarot card for Cancer for Mercury retrograde: Nine of Swords

Meaning: Sometimes the more we worry about something the more we actually end up making an issue and this is just like that.

The Nine of Swords asks you to totally ignore this retrograde is happening, in fact, stop reading now.

Carry on as you were, without a thought or care as to what this retrograde is. It won’t impact you, and you will hardly know it has happened. Live well.

Tarot card for Leo for Mercury retrograde: Queen of Cups

Meaning: Stay calm, stay focused, stay in control and don’t let emotions run too high if anything happens during this retrograde.

You may experience a mixed signal from a friend, or a setback in a project, or a tech issue…. It’s all small stuff, don’t sweat it.

Let it go and move on, feeling relieved that, pretty much, all is well and you’re in a good spot. The Queen of Cups is here to help you!

Tarot card for Virgo for Mercury retrograde: Five of Wands

Meaning: Virgo, you’re ruled by Mercury so this retrograde can be quite personal to you.

The Five of Wands shows that anything which goes wrong need another look. Mistakes or setbacks are going to alert you to areas which need a little rethink or some kind of wider adjustment.

Communication, travel or business issues are acting as signals, asking you to zoom in and rectify a deeper problem.

It’s all working out to help you make firmer and better plans long-term.

Tarot card for Libra for Mercury retrograde: The Hanged Man

Meaning: The Hanged Man reveals that something you’re working on or hoping for (in the realms of travel, business or communication) may get delayed.

It’s just a glitch and delay, not a cancellation, so don’t worry. There is probably not a lot you can do, so just prepare something else as a backup to work on and distract you.

No point forcing something. Go do something else, in the meantime, instead.

Tarot card for Scorpio for Mercury retrograde: The High Priestess

Meaning: Meditation is the way through any and all issues and hiccups this retrograde season.

The High Priestess brings you great intuition (so listen to your gut feelings, they will keep you outta trouble) and the ability to just stay calm and relax through any little panicky times.

Don’t overreact. Stay focused on the outcome and reaching a solution as quickly as possible.

Nothing major will rock you. In fact, this will be like a slightly challenging, but satisfying, test of your intelligence and control!

Tarot card for Sagittarius for Mercury retrograde: Ace of Wands

Meaning: The Ace of Wands reveals that you should pay closest attention to any new beginnings you’re planning or doing this retrograde season, especially around work, creative projects, courses or classes, friendships or trips.

Embrace making some new beginnings… just do them properly!

Tarot card for Capricorn for Mercury retrograde: Knight of Cups

Meaning: Focus on your communications with friends and loved ones this retrograde season.

The Knight of Cups shows that crossed wires and mixed signals could occur if you’re not direct, say things simply, or don’t question stuff you think might be negative or challenging.

Don’t assume the worst! Don’t jump to conclusions. Seek to understand everything before you react or even allow yourself to dwell or ruminate on it. Everything is okay.

Tarot card for Aquarius for Mercury retrograde: Seven of Wands

Meaning: Anyplace where you compete with others or are in some kind of rivalry or test, make sure you’re being very careful about your legal, contractual or administrative obligations or communications.

Don’t let emotions run high and temper your words. The Seven of Wands shows you operate under pressure in an area of your life, and sometimes thinking others are watching you can have an adverse effect. Don’t worry about them, focus on you.

Make sure you’re dotting your I’s and crossing your T’s, and you feel in control of your realm. Shut out the haters, distractions, rivals, and negativity. Batten down the hatches if need be.

Tarot card for Pisces for Mercury retrograde: Two of Cups

Meaning: The Two of Cups urges you to put extra time, energy and effort into your closest love, friendship and partnership this retrograde season.

Some outside influences might cause a few issues, be that via gossiping friends or family, a clerical or admin error that needs sorting, or a delayed travel plan which makes you both cross.

Nothing major will unfold that you can’t both handle, but you need to attack the problem itself, vs each other. Don’t let any squabbles arise. Be super kind and patient.

Your daily Metro.co.uk horoscope is here every morning, seven days a week (yes, including weekends!). To check your forecast, head to our dedicated horoscopes page.

Kerry King, the tarot queen, uses tarot and star sign wisdom to create inspiring forecasts and insights, with over 25 years fortune telling experience, and many happy clients all over the world. You can book a personal, written reading, which comes as a beautifully illustrated brochure, through Etsy or join her new Tarot Club and get weekly forecasts and more for £5 a month.