Taking a beat. Meghan Markle’s upcoming Variety cover has been postponed out of respect for the late Queen Elizabeth II.

The Duchess of Sussex, 41, was recently named one of the magazine’s Power of Women honorees, joining the ranks of Elizabeth Olsen, Hillary and Chelsea Clinton, Ava DuVernay and more. 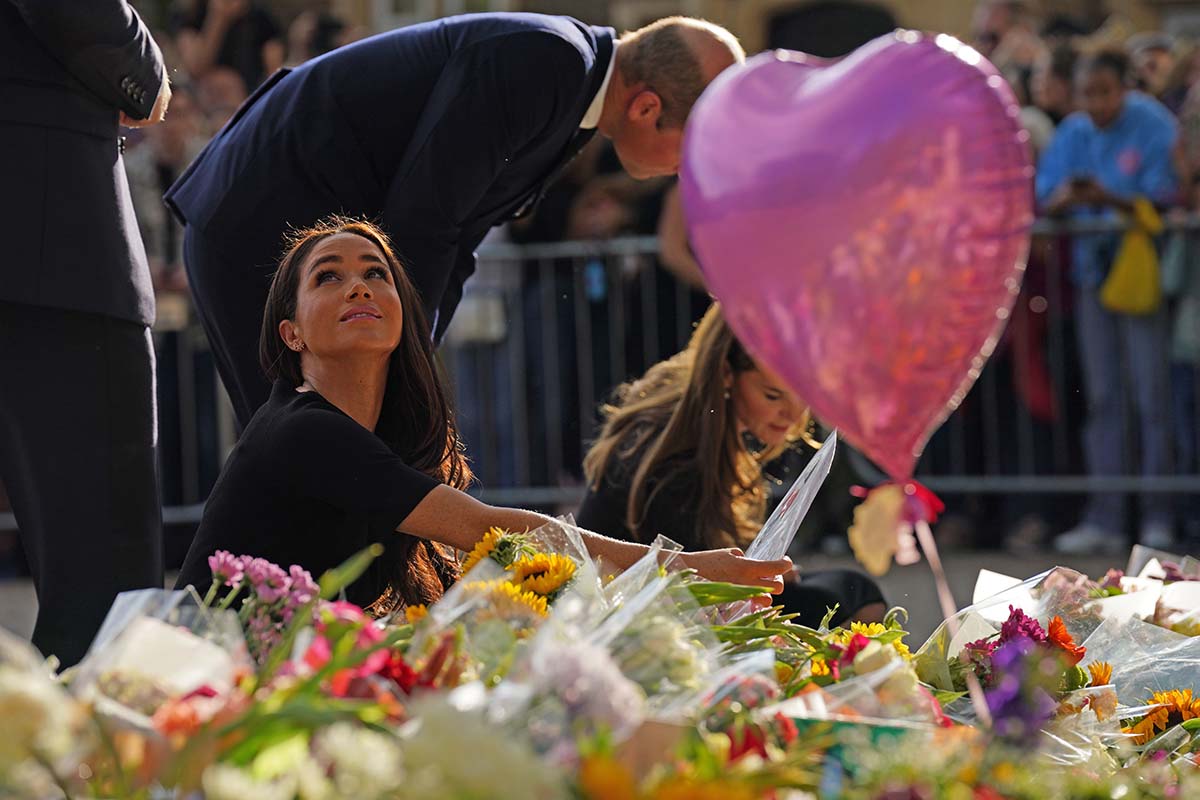 However, given the circumstances surrounding the late monarch, the magazine announced that the Bench author’s cover will be postponed until further notice while she and the rest of the royal family mourn the loss of the late monarch.

In addition to putting the issue on pause, Meghan will also be absent from the Power of Women event in Los Angeles on Friday, September 28 — which she was previously set to attend.

The Suits alum is currently in the U.K. with husband Prince Harry. The two traveled overseas earlier this month for multiple engagements, attending the One Young World Summit in Manchester followed by the Invictus Games in Germany. They were set to be in London for WellChild Awards on September 8 before news broke of the queen’s declining health. As Harry made his way to Balmoral Castle in Scotland, the sovereign passed away at the age of 96.

While Meghan and the 38-year-old prince — who share son Archie, 3, and daughter Lilibet, 15 months —  stepped down as senior royals in March 2020 before moving to California, the pair have remained in the U.K. during the official mourning period. They were seen greeting crowds of well-wishers in Windsor, England, alongside Prince William and Princess Kate on Saturday, September 10. The couple then made their way to Buckingham Palace on Tuesday, September 13, to receive the queen’s coffin with the rest of the royal family as it returned from Scotland.

One day later, the pair attended the late matriarch’s service at Westminster Hall. The duchess arrived at the London cathedral by car alongside Sophie, Countess of Wessex. The twosome joined Queen Consort Camilla and Kate, 40, to greet the late queen’s casket, with Meghan even curtseying to Her Majesty’s coffin as it was carried in by British troops.

While the four women were driven to the chapel on Wednesday, their respective husbands — Harry, Prince Edward, King Charles III and William, 40 — marched on foot behind the queen’s casket on its journey from the palace. Princess Anne and Prince Andrew also joined in the processional.

Both Meghan and the BetterUp CIO will remain in the U.K. at least through Monday, September 19, for Elizabeth’s state funeral. Following a procession departing from London’s Westminster Abbey, the coffin will travel to St George’s Chapel at Windsor for a final service, and the queen will be laid to rest in a tomb alongside her late husband, Prince Philip, who died in April 2021 at age 99.