Inside Kate Middleton’s style evolution: From the royal wedding to today

Royal historian on all the symbolism at Prince Philip’s funeral

From “modern princess” to power dresser.

Last week, Meghan Markle headed to New York City with Prince Harry to speak at Global Citizen Live and meet with UN leaders, giving fans a glimpse at her post-royal style in the process.

Throughout the Sussexes’ three-day stay in the Big Apple, the Duchess eschewed the British brands she once lived in, stepping out instead in a series of fall-ready fashions from American and Italian labels like The Row and Max Mara, respectively.

And while Markle still loves a monochromatic look as much as ever, her go-to silhouettes have shifted since she left royal life behind.

During her London days, the Duchess of Sussex stuck with midi skirts and dresses, belted coats and hats aplenty, per palace protocol; now, she quite literally wears the pants, having packed three different outfits for NYC that incorporated trousers.

On Thursday, Markle kicked things off in an all-navy ensemble comprised of an Emporio Armani coat over a matching turtleneck and slacks — a look better suited for the boardroom than Buckingham Palace. 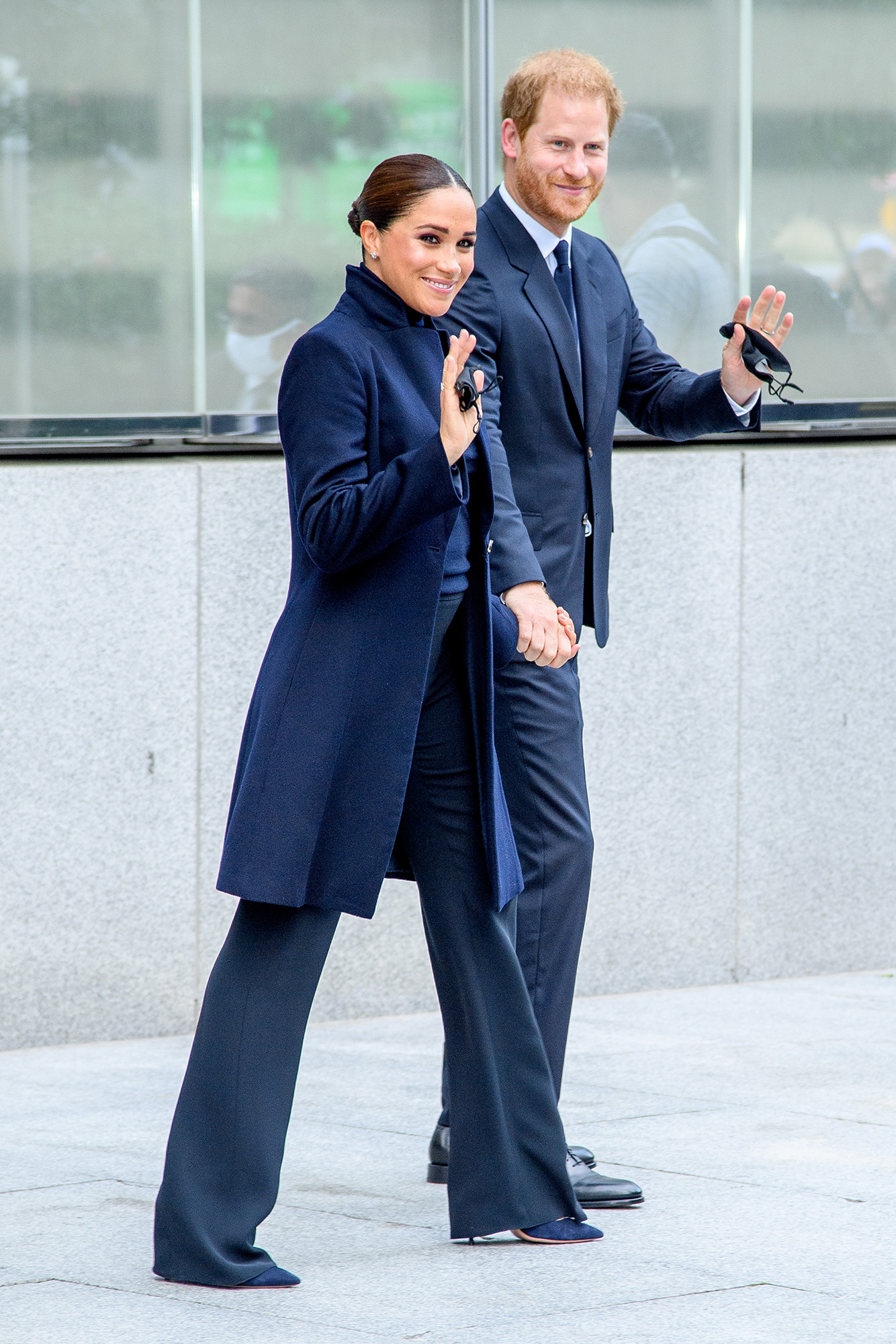 For a visit to a Harlem elementary school (and a stop for soul food) on Friday, the 40-year-old style star wore a wine-colored Loro Piana coat ($5,840) and trousers ($1,685) in a slouchy, fashion-forward cut that felt a far cry from the more traditional fitted styles she wore as a royal. 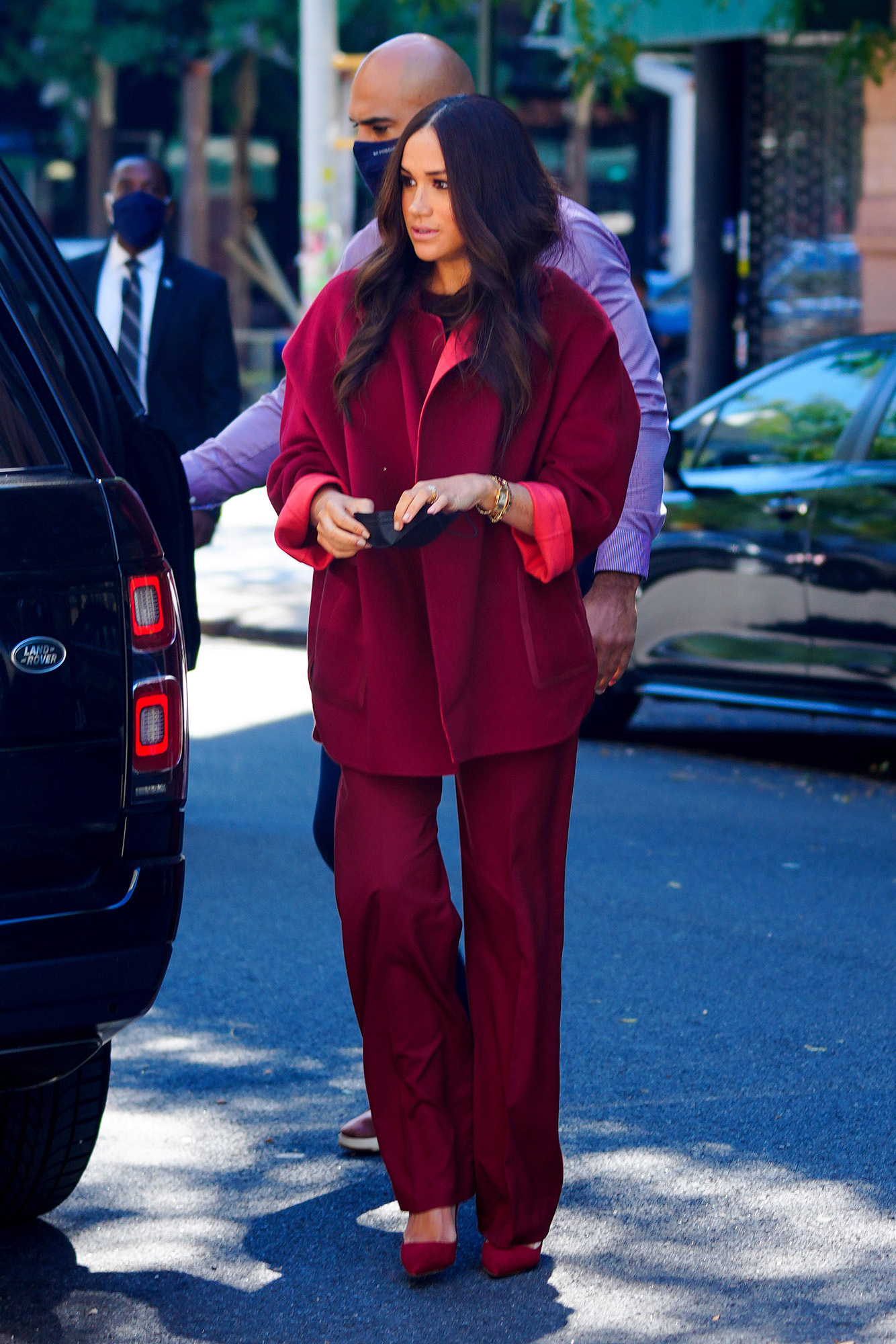 On Saturday, Markle visited the United Nations headquarters in another chic CEO-worthy look, this time a camel coat ($5,590), shirt ($695) and pant ($895) pairing by Max Mara. 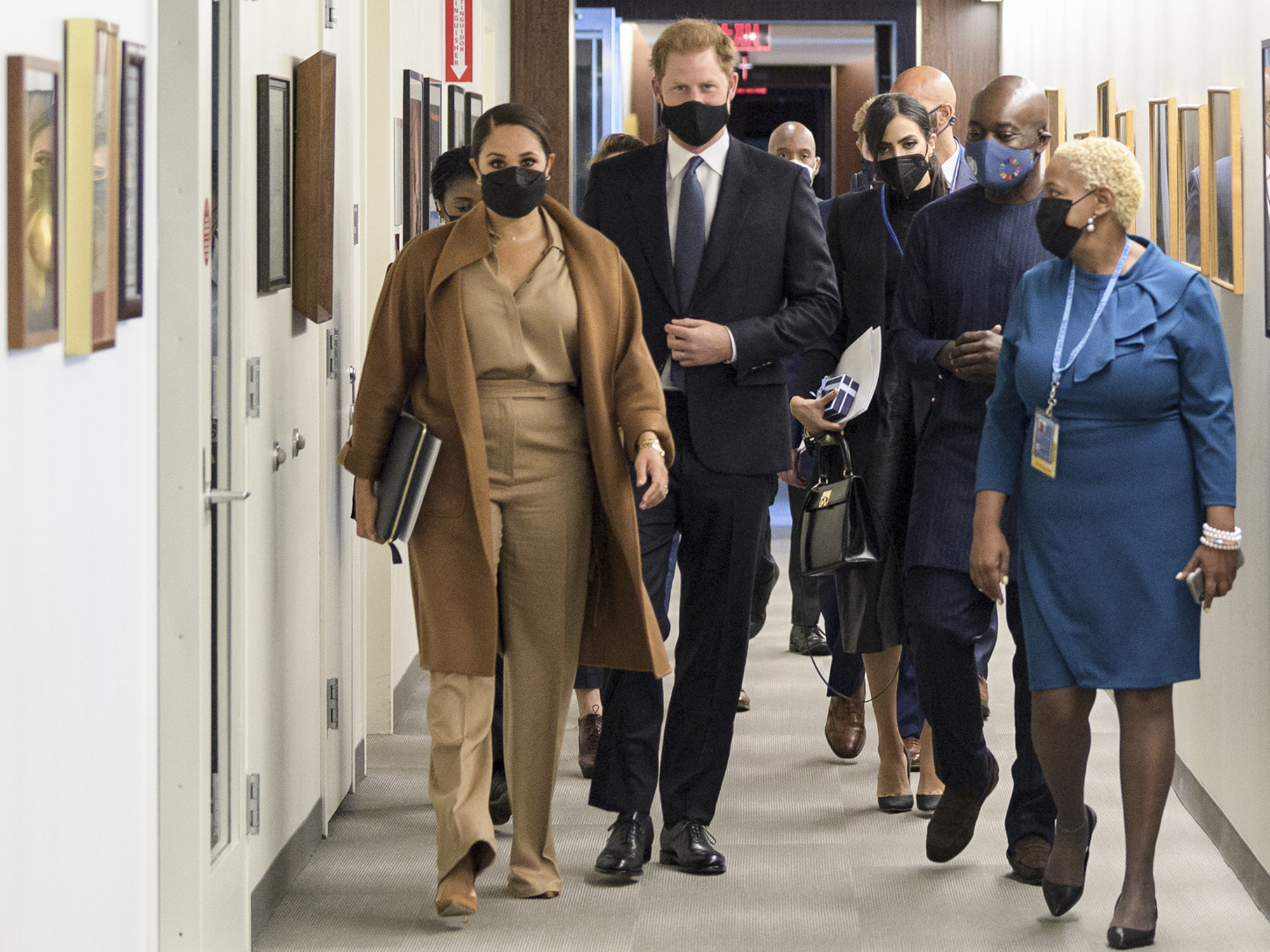 And for that afternoon’s charity concert in Central Park, the Duchess of Sussex showed up in a mini-length Valentino shift dress ($5,400); between the short hemline and sparkling embellishments, it was a playful upgrade from her palace wardrobe. 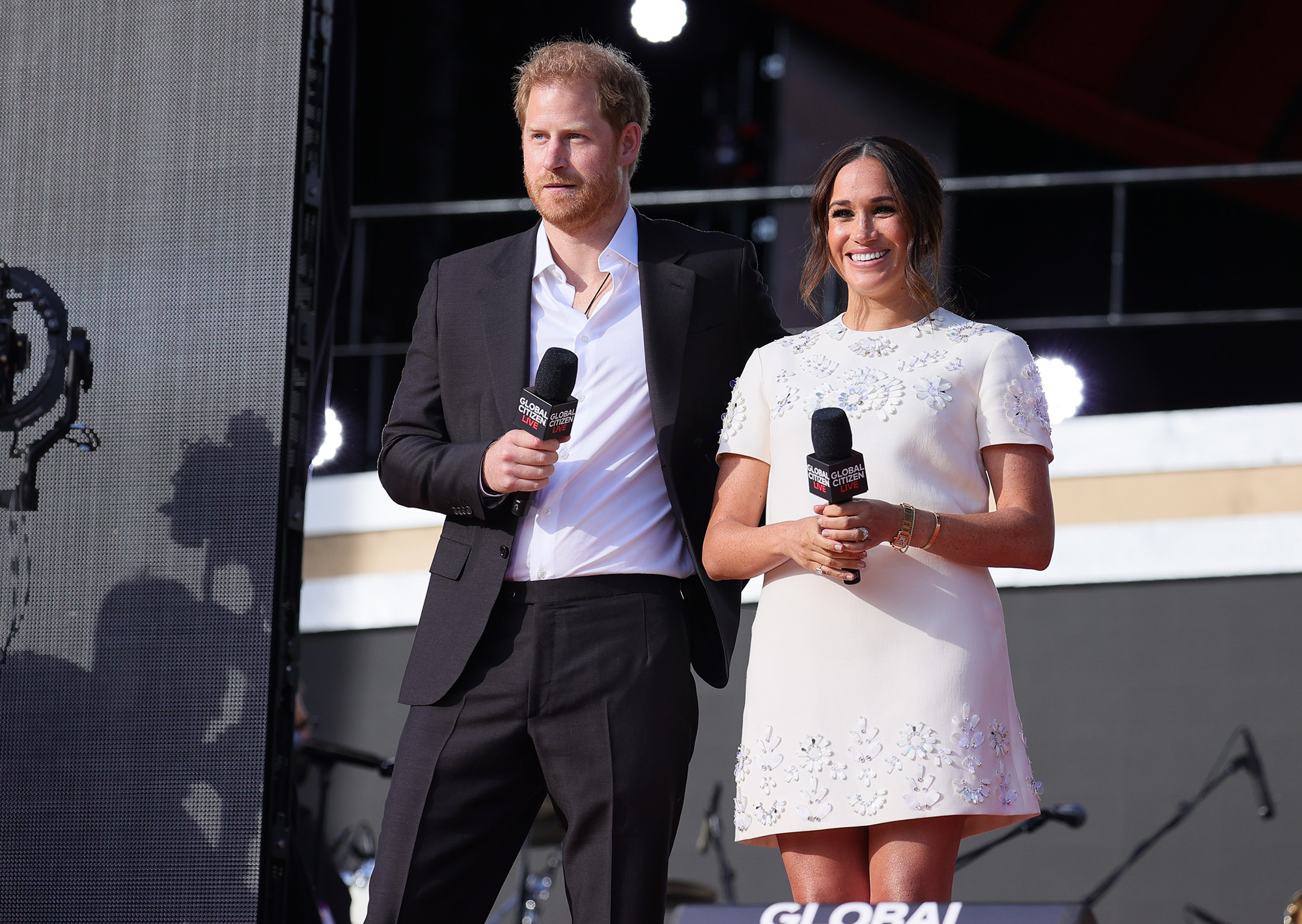 But while her closet may have changed since she traded the monarchy for Montecito, Markle’s still holding onto certain elements of royal style: Before and after taking the stage at Global Citizen Live, she was spotted carrying Dior’s Lady D-Lite bag ($4,900), a spin on a style beloved by (and named after) her late mother-in-law, Princess Diana. 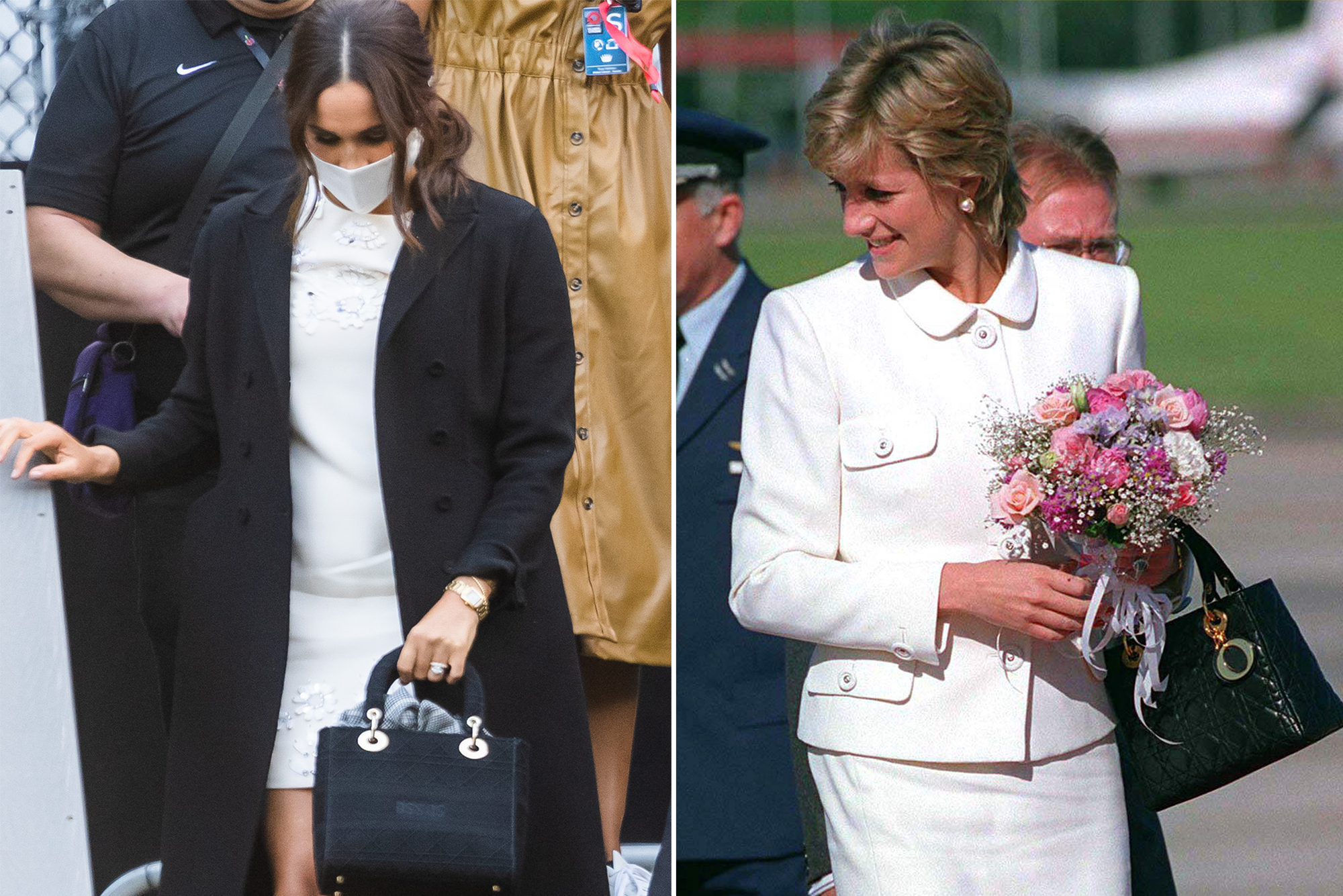