Meet generation side hustle: While they may not have had the easiest time financially, today’s 20-somethings know how to spin plates

Pity poor Gen Z. The nation’s youngest adults (born between 1997 and 2012) have had their financial parade well and truly rained on. Want an affordable home? Sorry guys, the Baby Boomers snapped those up back in the 70s and 80s when they were going for just over three times their salary. Now it’s a minimum of seven. How about an impressive income, then? Nope, those have been ringfenced by Gen X, who made more than anyone else during the pandemic (benefiting from a perfect storm of peak earning years and a property boom).

With Gen Z’s parents mostly still alive and kicking (read: inheritance a hazy prospect) and the cost-of-living crisis, they are beset on all sides by money worries. This was confirmed in a recent survey by Deloitte, which found that almost half of Gen Zs exist from paycheque to paycheque, citing the cost of living as their biggest worry. With energy bills soaring, and recent inflation predictions for next year ranging between 13 and 18 per cent, what is the UK’s impoverished youth to do?

The answer is that Gen Z will deploy their secret weapon ‒ a willingness to diversify and be flexible. Statistics show it is the generation most minded to ‘job hop’ and to make that a long-term employment modus operandi. In between the hops, meanwhile, almost half (43 per cent of Gen Zs) are likely to have a second job, and it is these ‘side hustles’ that are marking them out as a force to be reckoned with. We spoke to three 20-somethings who have turned their passions into profits. 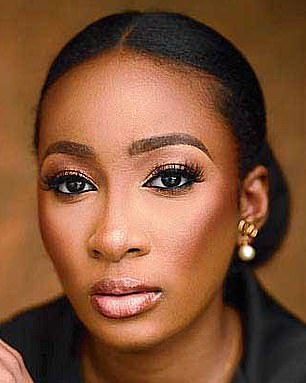 Side hustle: Founder of The Visual Book

I’m one of those people who always takes videos – I rarely take photos. My friends are starting to get married and so, last year, I asked myself what I could get them as a gift that is not already out there?

That’s how I came up with The Visual Book, a £129 linen-bound video album that looks like a coffee-table book (thevisualbook.com).

I wanted it to be something people show to their friends and family, the same way they do with a photo album. I’m a student and get a monthly allowance from my parents, but I was lucky enough to have £12,000 behind me from my family too. I didn’t know a lot about launching a product and didn’t strategise at first.

I sent it to a few influencers – I even paid one £500 – but didn’t get any sales from posts. I decided to do the marketing myself, organising a photo shoot, posting pictures on Instagram and asking friends to repost.

That’s when things picked up.

I get at least one order every day, but I’ve also had a few custom orders from companies who have requested different sizes, leather instead of linen covers or their logos printed on the product.

I need to take advantage before anyone tries to copy me. I’m very motivated and like the fact that I’m working on my dissertation and running this company – and I’m doing well at both.

Side hustle: Co-founder and CEO of Smoothie London

It began as a lockdown project in June 2020. I had been sent home from Exeter University. I was just about to start an internship at Warner Bros in London and I had a month off, so I started handmaking gold-plated huggie hoop earrings with leopard, shell, crystal and flower charms. I’d never done it before, so I just googled it and used trial and error. I had five designs, about six pairs of each one, and sold them for £20 a pair. They didn’t sell out, but they sold quicker than expected.

At first it was a hobby, but as soon as I handed in my dissertation this spring, I committed to growing the brand. Getting the first 50 customers was easy, finding the next 100 not so much. I started a TikTok account and that’s when the business really took off. A few of my videos went viral, then all of my sales were coming from the app. When I released my first collection in May it sold out immediately, and there has been an ongoing stream of sales since.

Restocks sell out on the day – it’s hard to keep track. I’m growing quickly and I’m lucky my customers talk to me and tell me what they want. I even had a pop-up in John Lewis in August. I invested £120 of my savings in Smoothie (smoothielondon.com) and for the first year and a half, I was working long hours for no financial reward. Seeing my hard work pay off has been worth it. While I still don’t pay myself a proper salary, as I prefer to invest the profits back in the business, I know it’s there if I need it.

‘I MADE CASH FROM SECONDHAND STYLE’ 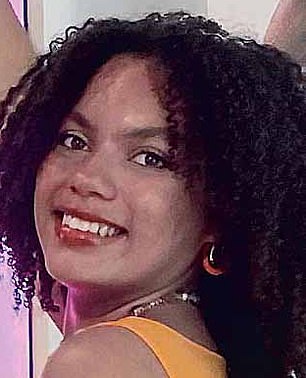 ‘Most of my customers are from London, Edinburgh and Manchester because the secondhand fashion communities are big there’

Studying: History of art and English at Edinburgh University

I started selling my old clothes on Depop (depop.com/glownic). Then the pandemic happened.

I was at home in Fife and I started taking it more seriously. I was getting good traffic on the app, so I began sourcing more items online similar to my style.

Previously I found clothing in charity shops, but it got competitive – other sellers did the same.

Now I do a lot of my sourcing abroad and from vintage wholesalers.

They have big sales you can handpick from – it takes time but you can find niche items that other people don’t sell.

I get a lot of requests for camisoles, mesh and club wear.

I have around 400 items stored in my room; about 60 per cent has been uploaded to Depop, the rest I’m saving to put on the app later, or for pop-up events.

I keep an inventory by taking pictures, and I colour-code all the items in storage boxes. I benefit from sustainable fashion being so popular now.

Most of my customers are from London, Edinburgh and Manchester because the secondhand fashion communities are big there.

Every two months or so, I do an affordable drop on Depop with items under £20 and can sell around 40 in one day.

A big part of these sales come from people who bundle items to get a better deal.

It helps me to support myself. Most of my student loan will be going towards utility bills this winter.

FOUR SIDELINES THAT MADE MILLIONS

Grace Beverley, 25, founded sustainable activewear brand Tala in 2019 while studying at Oxford University. Thanks to hype (styles sell out in minutes) plus reasonable prices (leggings start at £42), the brand has made more than £10 million in sales since then. Earlier this year, Beverley secured £4.2 million in funding. wearetala.com

Student-turned-influencer Jess Hunt, 25, launched Refy Beauty mid-lockdown after meeting her business partner Jenna Meek, 29, on a photo shoot. It quickly sold out after its viral Brow Sculpt was used by Bella Hadid and Hailey Bieber. According to Forbes, the company is now valued at £50 million. refybeauty.com

After studying curriculums full of male authors, Molly Masters, 25, started the company in 2017 while at university. Her subscription boxes include a book by an inspiring female author plus gifts from female-owned brands. It now has 3,000 subscribers; last year revenue quadrupled to £1 million. booksthatmatter.co.uk

Josephine Philips, 24, launched Sojo as the ‘Deliveroo for clothing repairs’ in 2021 shortly after graduating. The app and pick-up/delivery service, which secured £1.8 million in funding this April, connects customers to local businesses, so they can have clothes tailored or repaired with a few clicks. home.sojo.uk