McDonald’s has partnered with rapper Travis Scott on a new line of limited-edition merchandise that includes a chicken nugget-shaped body pillow.

The collaboration between McDonald’s and Travis’ company Cactus Jack launched on September 8 and also includes T-shirts, shorts, hats, and other items, but it’s the 36-inch McNugget pillow that’s generating the most buzz.

And despite it’s $90 a price tag — and a warning that it won’t ship for nine to 12 weeks — the pillow has already sold out. 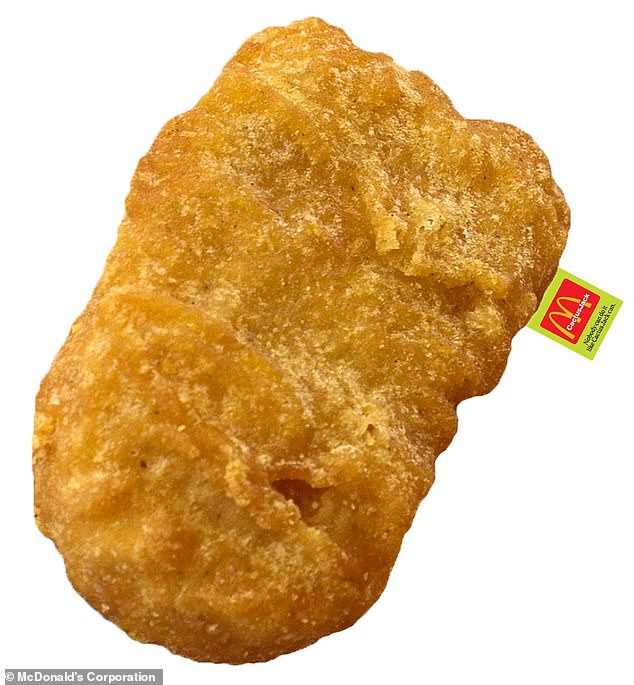 Snuggle up! McDonald’s sold a $90 chicken nugget-shaped body pillow as part of a new collaboration 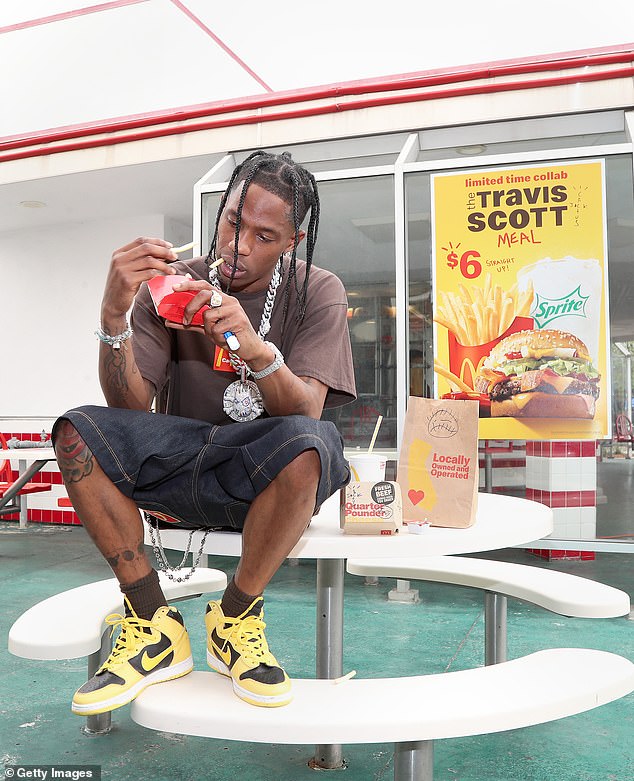 Genius: It was part of a partnership with rapper Travis Scott on a new line of limited-edition merchandise 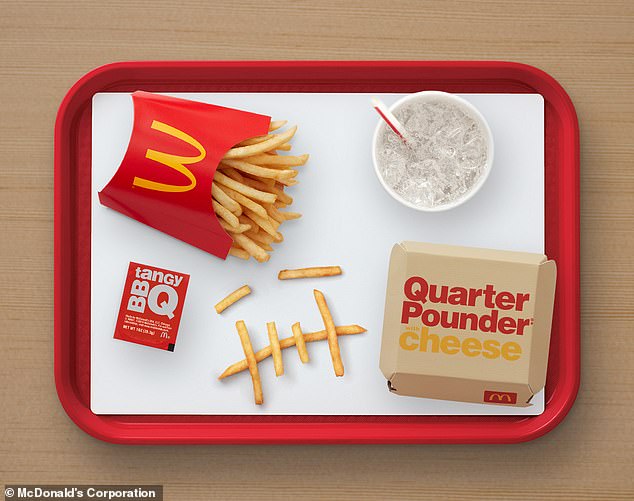 Eat up! Fans can also order Travis’ favorite meal— a Quarter Pounder with cheese, a medium order of fries with BBQ sauce, and Sprite — for just $6 by saying that Cactus Jack sent them

In fact, all items from the collaboration appear to have already sold out, with some already popping up on re-sale websites even though they haven’t shipped yet.

Other pieces from the collab include T-shirts, sweatshirts, and sweatpants with varying McDonald’s-themed artwork.

There are also denim shorts with a Cactus Jack x McDonald’s logo, another pair of shorts with an Egg McMuffin package pattern, and several caps.

‘I couldn’t be more excited to bring the Cactus Jack x McDonald’s collaboration to life,’ Travis said in a press release. ‘We are bringing together two iconic worlds. Including a charitable component was key for me, and I can’t wait for people to see what we have in store.’

Though the merch has sold out, fans can still get in on the fun by getting Travis’ favorite meal at their local restaurant: a Quarter Pounder with cheese, a medium order of fries with BBQ sauce, and Sprite — for just $6.

Customers need only to say that Cactus Jack sent them, until October 4.

‘Everyone has a favorite McDonald’s meal, no matter who you are,’ McDonald’s U.S. Chief Marketing Officer, Morgan Flatley said in a press release.

‘Travis is a true McDonald’s fan having grown up visiting our restaurants in Houston, not to mention one of the biggest musical acts and cultural icons in the world.

‘This is the first time in nearly 30 years we’ve introduced a superstar’s name to our menu — we’re excited to bring the Travis Scott Meal to a McDonald’s near you starting next week.’

The last time was 1992 with Michael Jordan. 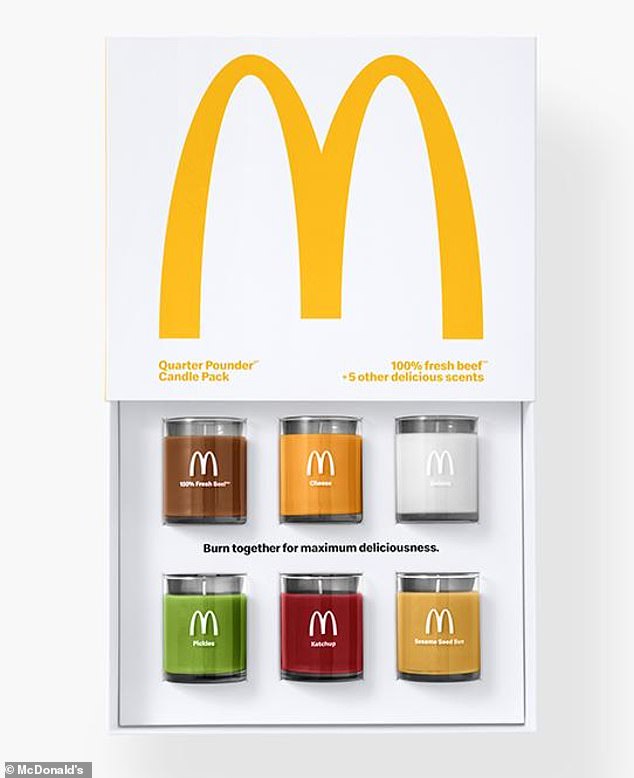 Smell that? McDonald’s has sold some wacky merchandise before — in fact, the chain sold Quarter Pounder-scented candles earlier this year 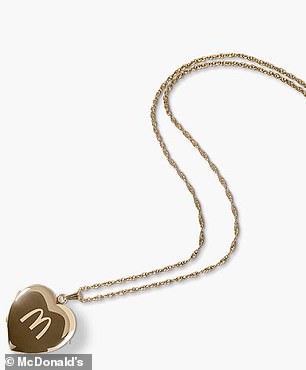 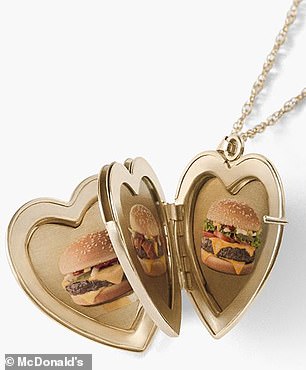 Swag: The candles were part of a Quarter Pounder Fan Club collection of merchandise, which also includes a locket 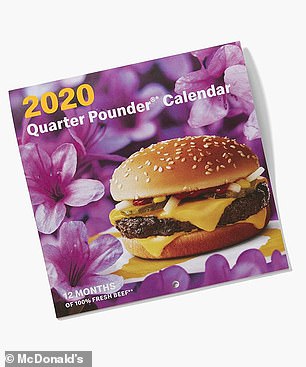 For superfans: The line also included a 2020 Quarter Pounder calendar

McDonald’s has sold some wacky merchandise before — in fact, the chain sold Quarter Pounder-scented candles earlier this year.

In February, the company launched the Quarter Pounder Fan Club, an offshoot of its official merchandise line, with several items that celebrate its beloved cheeseburger.

The most eyebrow-raising addition was a pack of six scented candles that each smell like a different Quarter Pounder ingredient.

The idea seems to be that burning them all at once will make a room smell like a Quarter Pounder, but it also give customers the option of burning just an onion-scented or ketchup-scented candle.

The candles joined several other quirky merchandise options on the website, including a sesame seed umbrella, gold-colored locket with the golden arches stamped on it, hair ties, socks, T-shirts, a beanie, and a lounge set.