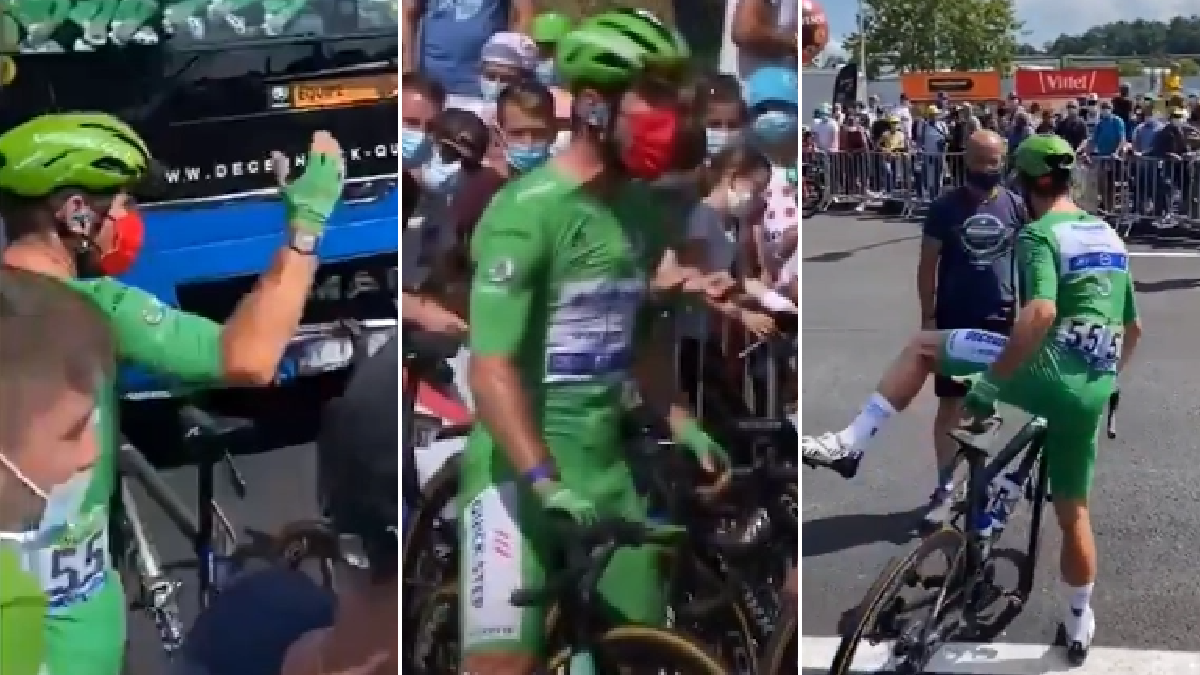 Mark Cavendish has apologised to his mechanics after a video emerged of him swearing and shouting as he complained about his bike prior to stage 19 of the Tour de France on Friday.

The Manx missile – who has equalled Eddie Merckx’s record of 34 stage wins during a remarkable Tour – appeared to be unhappy with the steering on his recently adjusted bike shortly before the start of the race and screamed in the face of his mechanic.

He then stormed off, yelling at the mechanic to ‘Sort it out now’ before bellowing ‘F***ing hell!’ as he got back on the team bus, with TV cameras and nearby fans catching the incident.

Stage 19 represented Cavendish’s penultimate chance to overtake Merckx’s record before Sunday’s final stage along the Champs-Elysees and tensions appeared to be running high, though the 36-year-old says there was no excuse for the way he acted.

‘Many of you will have seen the video from the start of today’s stage,’ he wrote on Instagram on Friday evening, alongside a picture of him with his arms around the mechanics.

‘During a day of the Tour de France, as riders we are put in a perilous situation and I wanted my bike to be perfect, in order to help me stay safe.

‘My bike had some problems when I got on it this morning. Despite this, I should not have reacted in the way that I did and not so publicly.

‘I’ve been extremely close friends with my mechanics for over a decade and they’ve worked tirelessly to ensure I’ve always been safe and successful.

‘Although they know how short I can be when I’m stressed, no-one, especially those you care about, deserve to have a voice raised to them.

‘Truly, one of the biggest factors of the success of Deceuninck-QuickStep is that we are a family, and we love and care for each other, and conversations should be kept within that family.

‘We have now spoken about what happened and as a group the Wolfpack will do our best to have a successful finish to Tour de France 2021.’