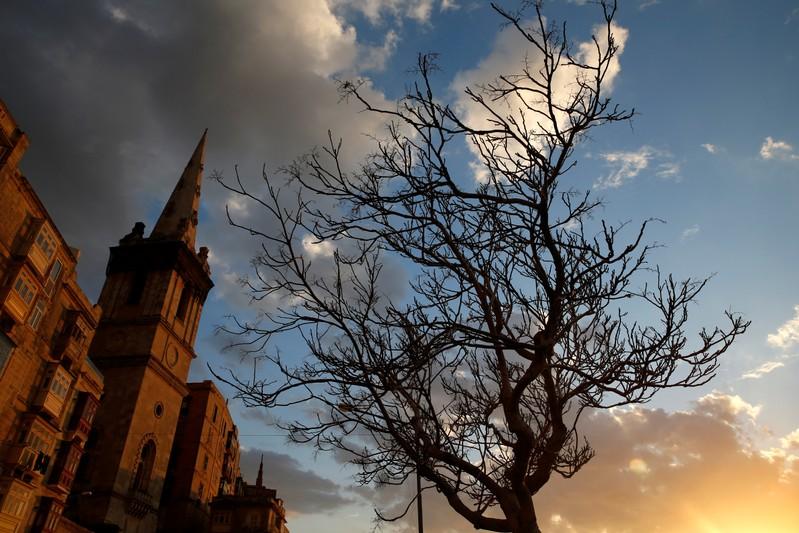 VALLETTA (Reuters) – The cathedral spire that has dominated the skyline of Malta’s capital Valletta for generations is crumbling and restorers have put up a thick net to stop deteriorating stonework falling on passersby.

The 68-meter-high (220-foot) spire of the 175-year-old St. Paul’s Anglican Cathedral was Valletta’s tallest building until the mid 20th century when Catholic friars built a slightly higher dome nearby.

“It is an accident waiting to happen,” structural engineer Charles Sciberras told the media as workers swinging from ropes clambered around the structure.

A campaign launched in 2017 to raise 8 million euros for restoration has secured EU funding of 4.2 million euros. Britain’s Prince Charles, who lived in Malta as a child when his father was based there as a naval officer, has donated an undisclosed amount, the restoration appeal has said.

The serious restoration work starts in the summer, with removal and replacement of dislodged intricate stonework and repairs to the cathedral’s roof, the iron and timber structure inside the spire, lighting and boundary walls.

Works are expected to continue till late 2021.