For years I hated Christmas. In the days leading up to December 25, I would be consumed by anxiety and a sense of dread. The actual day was categorised with acute stress and tension. I’d enter the new year sunk in depression.

I grieved for the family and the Christmas I thought I was supposed to have; the ones you see on Netflix in winter wonderlands called Aldovia, and in product catalogues featuring happy families who seem to enjoy each other’s company and bring out the best in each other. 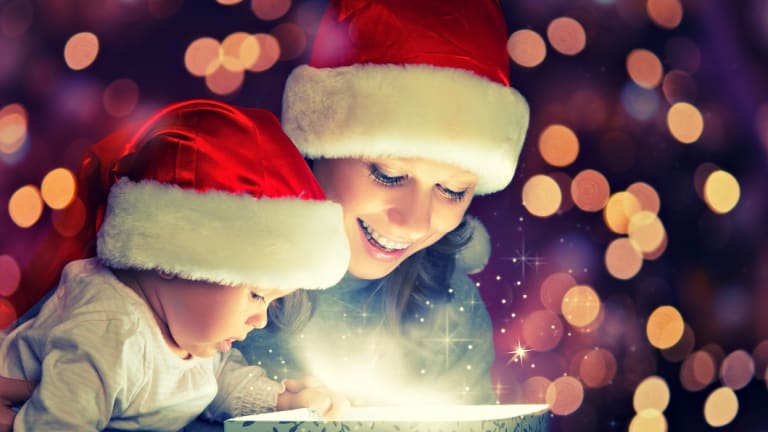 ‘I grieved for the Christmas I thought you were supposed to have.’Credit:Shutterstock

In the past, I tried really hard to play my role in the perfect family charade. It used to be my dearest wish to find genuine acceptance at the family Christmas table. But no matter how hard I tried, things never seemed to go right.

Christmases only got worse as the years ticked by and family skeletons tumbled out of closets, battle lines were drawn, lies and rumours crystallised into facts, and fundamental values clashed.

Playing my role became increasingly abrasive. I’d be infuriated to see the men outside drinking or watching TV while the women slaved away in the kitchen with tension so high you’d think they were defusing a dirty bomb.

And after the women spent an average of 33 invisible hours preparing for Christmas, a male relative would swoop in at the last minute to carve the turkey, garnering maximum praise for minimal effort. Not all superheroes wear capes, people!

Six years ago I took my friend’s advice and set about creating my own Christmas ritual, where I only see people who love and accept me.

After one particularly awful Christmas, a friend challenged me on why I put myself through it. Why would I choose to spend a whole day with a bunch of people who are determined to see me as “difficult”?

Until that moment I had never considered that it was an option not to. The extended family Christmas is just what people do. It’s a ritual that punctuates the year, gives us memories and meaning.

This advice coincided with the unexpected death of a friend who was 40 with a young family. It made me realise that life is too precious and too short to suffer through weeks of hurt and poor mental health every year because of someone else’s idea of what tradition ought to be.

Six years ago, I took my friend’s advice and set about consciously creating my own Christmas ritual where I only see people who love and accept me, and is full of activities that are fun, joyful, and stress-free.

My husband, daughters and I stay in the same hotel in our own city for three nights over the Christmas period. The same staff welcome us back each year, our friends and some of our family come to visit and swim with us in the hotel pool.

We’ve created mini traditions such as getting up early on Christmas eve to walk the few blocks to see the Christmas windows while the city is still sleeping.

There are no longstanding family feuds rippling under the surface, no bickering or passive aggression, no disapproval of life choices, and no gender inequality.

We’ve created mini traditions such as getting up early to walk the few blocks to see the Christmas windows while the city is still sleeping.

I have to be honest, though, the first year of our new ritual was particularly hard. Tears were shed as I felt cut adrift and wondered if the unhappy familiar was preferable to the unknown.

It felt forced, hollow, and I was still too focused on what I didn’t have rather than all the wonderful things that I do have.

But with each passing year as our new ritual turned to habit and memories, it became natural and something to look forward to.

I understand that staying in a hotel is expensive and a luxury that many people can’t afford. But it’s not the extravagance that’s important, it’s choosing a ritual that works for you. My only regret is that I didn’t have the awareness and courage to choose it sooner.

I learned that not all traditions are worth preserving. And now, Christmas is no longer a time of stress and heartbreak, but one of joy.