While walking the 2021 AMAs red carpet on Sunday with his daughter, the “Midnight in the Switchgrass” actor was asked by an “Entertainment Tonight” reporter about Pete Davidson’s relationship with Kim Kardashian — but he wouldn’t give anything.

Kelly, whose real name is Colson Baker, instead cracked a smile and said “no” continuously as he walked away.

While the “Love Race” performer, 31, wouldn’t weigh in on their developing dalliance, sources have told Page Six that the KKW Beauty mogul is looking to keep it “low-key” while another said the “Saturday Night Live” star keeps her in stitches.

“She’s acting like a teenager,” a source exclusively told Page Six after we broke the news that they are dating. “She’s constantly giggling. Pete has made her feel like the clock has moved 20 years back. She seems happy.”

The pair have been spotted on numerous dates in New York City and Los Angeles, with Davidson even wooing her on his native Staten Island with a private rooftop dinner at Campania. Kardashian, 41, followed that up by bringing Davidson, 28, as her plus-one to Simon Huck’s birthday party at Zero Bond.

But like many people who saw the photos of the Skims founder and “King of Staten Island” star holding hands and felt immediate confusion, those closest to the new couple also thought, “What the f–k?”

“I think a lot of us are like, ‘What the f–k?’ But you know, she’s happy!” a friend of Kardashian shared with The Post.

Another insider gushed about the former reality star getting back into the dating pool. 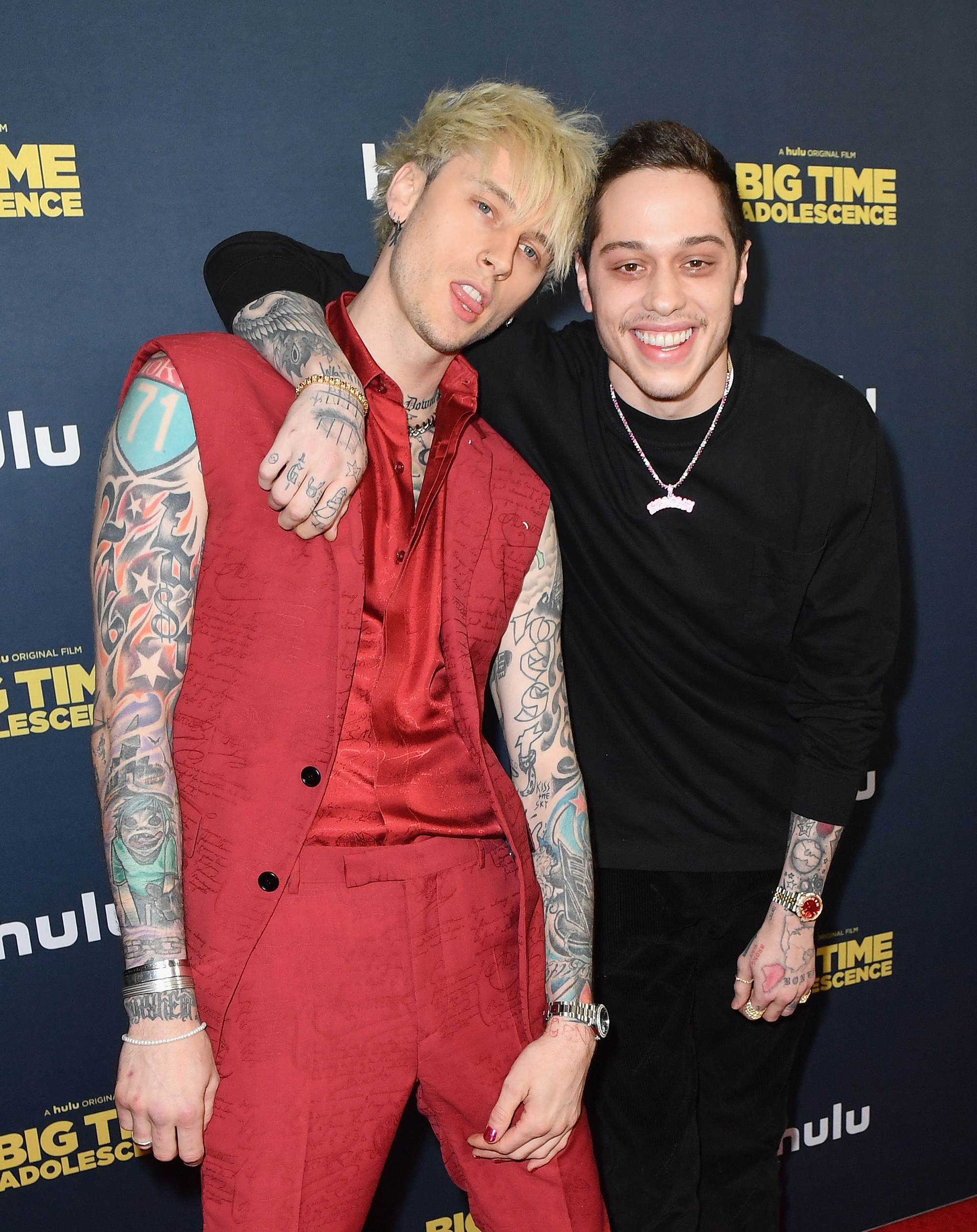 “All Kim’s friends are supporting this,” said a separate Kardashian source. “I know that her friends think the world of [Davidson]. They think he’s funny and charming. And she’s definitely at a point where she’s ready to get out there to see people.

“I think there’s actually some relief that she’s torn the Band-Aid off and she’s dating again.”