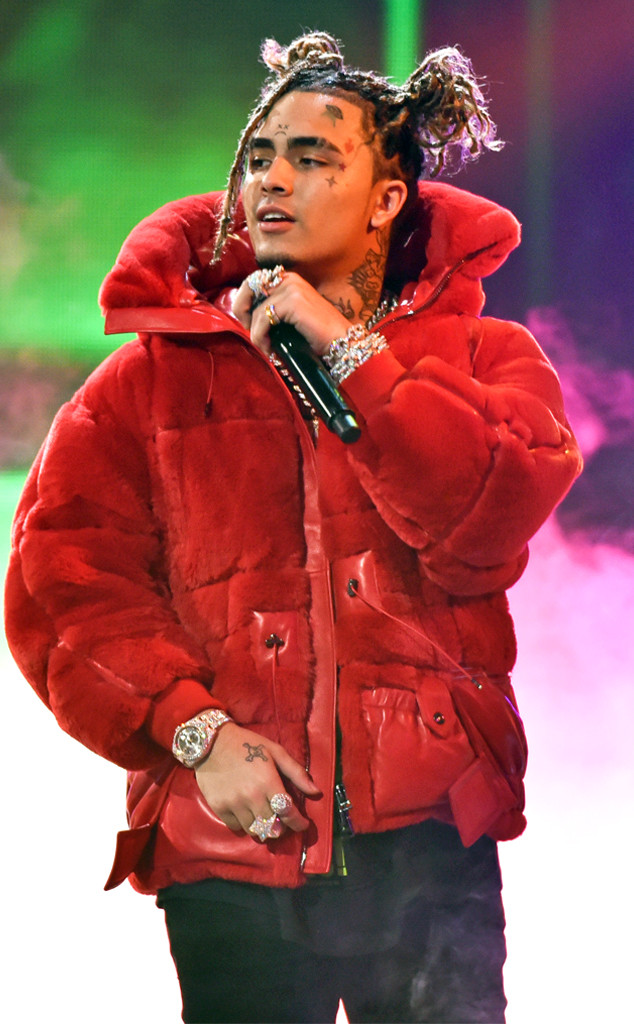 Lil Pump has found himself in a legal situation.

According to TMZ, the “I Love It” rapper was detained in Denmark this week for undisclosed reasons. The outlet reports that someone in the group was holding something illegal.

When interacting with police, Lil Pump began live streaming the encounter and flipped off an officer behind his back.

Once police found out, TMZ reports that they decided to detain him even longer. As a result, Lil Pump’s concert in Finland was cancelled. E! News has reached out to the musician’s team for comment. Based on Instagram Stories, the “Gucci Gang” rapper appears to now be a free man.

The incident comes as Lil Pump is traveling the world as part of the Harverd Dropout Tour. His next tour stop is in Oslo, Norway this Thursday.

Best (or Worst) Mug Shots Ever

As fans know, this isn’t the first time Lil Pump has found himself in a legal situation. Back in August 2018, the 18-year-old was arrested after police ran the license plate on the white Rolls Royce he was driving and determined it was registered to another car.

His lawyer later told the South Florida Sun Sentinel that “it turns out there was an error in the plate that he received from the dealership.”

Through all his legal troubles, Lil Pump has remained focused on his career that included a performance on Saturday Night Live with Kanye West.

“I don’t give a f–k what anybody thinks,” he once told Billboard. “I just do what I do.”