Three Liberal MPs have broken from their party’s position to call for the age of criminal responsibility to be lifted to 14, as the Greens introduced a private member’s bill to the Victorian Parliament on Wednesday to stop children as young as 10 being incarcerated.

Attorneys-general across the country are investigating potential reforms to the age of criminality, with legal, medical and human rights groups urging state and territory governments to act. 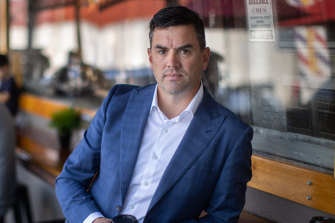 Gembrook MP Brad Battin, a former police officer and former Liberal spokesman for youth justice; former president of the upper house Bruce Atkinson; and former Liberal spokesman for child protection Nick Wakeling have split from their party’s official position, urging the government to end the “draconian” law and keep children under the age of 14 away from the criminal justice system.

“Every week I would engage with kids in that age range, generally they were shoplifting, small burglaries – the non-violent crimes,” Mr Battin told The Age about his time as a police officer in the Dandenong area between 2001 and 2007.

“And almost without fail, if you looked at their history, you could identify them as high risk at a very young age because they had a parent in jail or with addiction problems, a lack of family support, had been in and out of care – a whole range of things.”

Mr Battin advocated for the age of criminality to be raised, on the proviso governments strengthened services to support at-risk youth.

“You can’t just raise the age and think these kids will walk home and be fine. No, we need the systems. But if we can do that successfully, we will save a fortune in the long term for not putting these kids in jail.”

His comments came as the Victorian Greens introduced a private member’s bill to raise the age of criminal responsibility to 14 and called for the changes to start in November next year to allow sufficient time to develop new services and strengthen existing ones.

Private member’s bills rarely pass Parliament because they do not have the support of the government, but the Greens’ spokesman for justice Tim Read said Victoria had the opportunity to “lead the way on reform”.

“This country’s track record of pushing kids as young as 10 through the school-to-prison pipeline is a national disgrace,” he said.

“Aboriginal children account for almost 65 per cent of young people behind bars around Australia, and it’s high time we changed that. Children need to be kept out of the justice system for as long as possible. Locking them up at such a young age makes them more likely to reoffend, often violently, putting the community at risk.“ 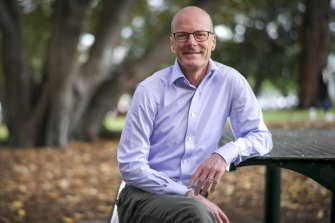 Mr Battin was the opposition’s spokesman for youth justice, crime prevention and victim support until March, when he moved to the backbench following an unsuccessful tilt at the Liberals’ leadership. His stance on raising the age could put him on a collision course with the party after shadow attorney-general Edward O’Donohue last week said the opposition would be “very cautious” in considering the issue.

The Age last week revealed the Andrews government was under mounting internal pressure to raise the age, amid growing evidence about the detrimental effects of incarceration on the development of children’s brains.

The United Nations Committee on the Rights of the Child benchmarked 14 years as the absolute minimum age for criminal responsibility.

It cited evidence in the fields of child development and neuroscience, which indicated that maturity and the capacity for abstract reasoning is still evolving in children aged 12 to 13 because their frontal cortex – the area of the brain involved in criminal offending – is still developing.

Mr Battin said in his seven years as a police officer he “never knew a person to walk past a 10-year-old and say, you should be in jail. That shouldn’t sit well with anyone. If you’re 10, 11, 12, 13, you should be treated differently.”

Mr Atkinson, an upper house Liberal MP, told Parliament in February he supported raising the age of criminal responsibility, and he urged attorneys-general across the country to expedite the national review, describing it as “long-overdue reform”.

”From my point of view, it’s extraordinary we can have a 10-year-old who can be sent to prison when clearly they don’t have the emotional intelligence or the necessary comprehension of their actions,” he told The Age.

“The issue has been kicked around at a national level for a considerable period of time, and I can’t see why the attorneys-general cannot come to a conclusion and change this really draconian situation. I think it does need a national approach.”

Mr Wakeling said he supported calls to raise the age but he was grappling with how to deal with children under 14 who committed serious crimes such as murder and rape.

“In a general sense, I can understand the need to increase the age for the purposes of trying to stop kids going into jail who don’t need to be there,” he said.

“I’ve got no problem trying to do that … for crimes that are petty. I’m just grappling with the whole issue of serious crimes, and how we deal with those children.”

Shadow attorney-general Mr O’Donohue said: “While we all want to see fewer young people incarcerated, raising the age of criminality will do nothing to address the underlying reasons why some young people engage in criminal activity in the first place. Keeping young people at school, offering viable employment opportunities and other supports should be a priority for the Andrews Labor government.”

Last week the Victorian government said that, as of May 16, there were three children aged under 14 in custody, who were all 13. In the past two years, none of the incarcerated children under 14 were serving a custodial sentence, with all on remand.

“There is a national conversation happening about whether the age of criminal responsibility should be raised – Victoria is continuing to participate in those discussions and will consider the recommendations that emerge from that process,” a government spokeswoman said. “In the meantime, we’re continuing to tackle the root causes of youth offending, because the best outcome for young people is to avoid contact with the justice system in the first place.”

Our Morning Edition newsletter is a curated guide to the most important and interesting stories, analysis and insights. Get it delivered to your inbox.