Grey’s Anatomy is always filled with romantic drama, but one couple is making such a positive example of themselves that every couple on this show should take note. Levi told Nico he loved him on Grey’s Anatomy, and it was just one more adorable moment for this super cute pair. Although they’ve had their share of struggles, they always seem to overcome things and end the episode better than ever. Honestly, the other budding couples could learn a thing or two from them.

For one thing, Nico and Levi know how to be honest with each other about their feelings. And that means whatever they’re feeling, good or bad. When Nico was upset that Levi didn’t want his mom to know about them, he was truthful about his anger. And Levi was able to be honest about his feelings also to mediate the situation. He explained that his mom was overbearing and questioned all of his decisions in life.

So it wasn’t that Levi was ashamed that Nico was a man (or as Nico also suggested, Asian), it was that he didn’t want her questioning every facet of this new relationship. Levi explained that he can’t even buy a backpack without his mom worrying that it won’t hold everything or that it will choke him. "You are my first love," Levi said. "I want to lock you in through my eyes before I see all the death traps through hers." 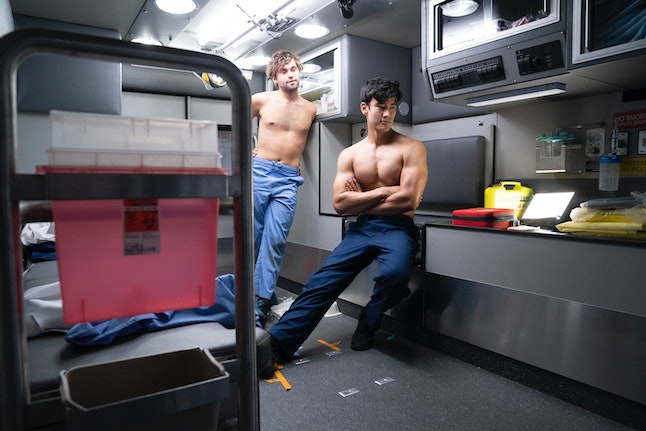 And with that, their fight was over. Meanwhile, couples like Owen and Amelia have quietly let their problems simmer until they exploded all at once. Levi and Nico definitely know how to handle potential issues in a mature, adult way. And it’s why their relationship is already strong enough for Levi to be in love. Nico didn’t say it back right away, but only because he joked that he wanted Levi to sweat for a minute. It was a cute moment in this blossoming relationship that gets stronger each week. And now that there are about to be a bunch of new couples on this show — the rest of them could take a page out of the Levi and Nico book of love.

The promo for the next episode shows that Amelia and Link may strike up a romance, and Owen may try to make a move on Teddy. Now that Amelia officially ended things with Owen, all of these relationships are up for grabs, but they could all seriously learn a thing or two from Levi and Nico before settling down. First of all, Amelia basically never knows how to voice her true feelings, so if she’s going to start things up with Link — she needs to get that sorted out before she ends up in another frustrated relationship like her one with Owen. Bottling things up and not talking about them only makes things worse.

Meanwhile, Owen should please just leave Teddy alone, but if he won’t — he needs to learn how to love a bit kinder like Levi’s been able to. He was seriously so rude to Amelia when he blamed her for her supposed inability to be loved. (Lol, dude, no.) And Teddy is happy with Koracick, so if Owen is going to make a play for her heart, he needs to check his ego and just be a decent person for, like, once in his life. 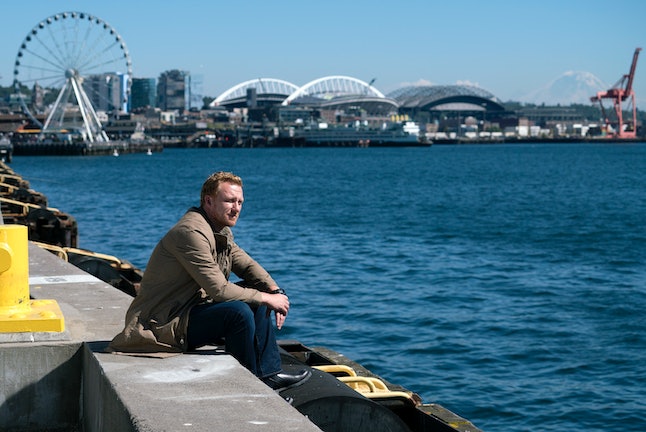 Is it clear yet that Levi and Nico are my favorite couple? Great. Even the actors behind the characters love this relationship. Jake Borelli, who plays Levi, told Entertainment Weekly, "I totally ship Levi and Nico. I think their relationship so far has been super-endearing and super-cute and super-honest." Yes, yes, and yes.

This truly is the Season of Love as Grey’s Anatomy showrunner Krista Vernoff promised — and Levi and Nico are the best example of that yet.