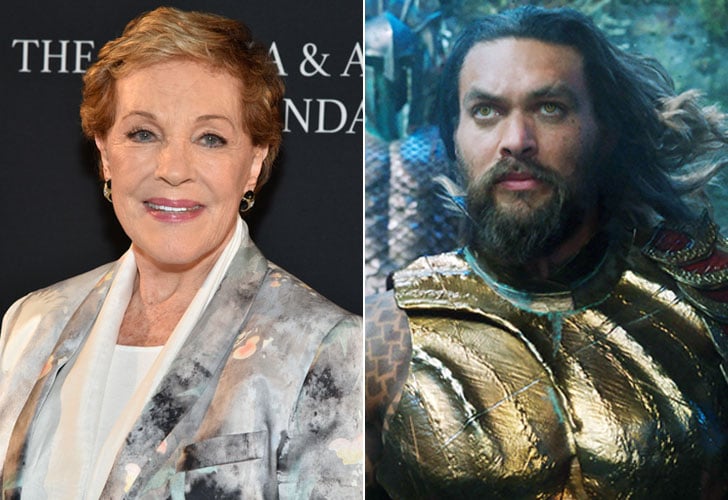 Warning: spoilers for Aquaman ahead!

Just when I thought it wasn’t possible to feel any more pumped for Aquaman, I found out that Julie Andrews would make an appearance in the movie. Entertainment Weekly broke the news that the Sound of Music and Mary Poppins actress would lend her voice to a mythical creature named Karathen, who plays a significant role in how Arthur Curry (Jason Momoa) unifies the underwater kingdom of Atlantis with the surface world.

Now that I’ve seen Aquaman, I can confirm that she is indeed in the film and that the role of Karathen also happens to be the movie’s most bizarre one. Like, really bizarre.

To give you some background on when her character comes into the plot, Aquaman and Mera spend most of their time on the hunt for an ancient trident that holds immense power, which just so happens to be guarded by Andrews’s Karathen. As Aquaman attempts to retrieve the trident from its watery grave, Karathen (and all her massive tentacles!) rises from the deep and starts attacking him . . . with racist slurs.

I repeat: Julie Andrews. Hurling racist slurs. At Jason Momoa. Under the sea.