When we were children, many of us only heard stories at bedtime.

My father told me stories not only at night but also in the morning, at lunch, and at dinner.

My father would tell a story whenever he had the opportunity. I would hear about what it was like to live in South Africa during Apartheid, and travel the world as a journalist and activist; stories about human suffering, triumphs and humiliation.

My father, Lionel Morrison, a journalist, activist and freedom fighter, was born during the apartheid era in Overton, a township close to the Goldmine area of Johannesburg, South Africa.

My dad was a strong man, both physically and in character – and perhaps unsurprisingly, had a powerful presence. I remember most of all his voice and his gentle soul.

One of his favourite recollections was about the ‘Picasso Gang,’ of which he was a member. They were a group of activists who used to paint political slogans in public places like the South African Houses of Parliament.

In 1955 he was arrested for the crime of graffiti and served four months in prison. Being in jail is never a good thing, but it was especially heinous back then in South Africa. 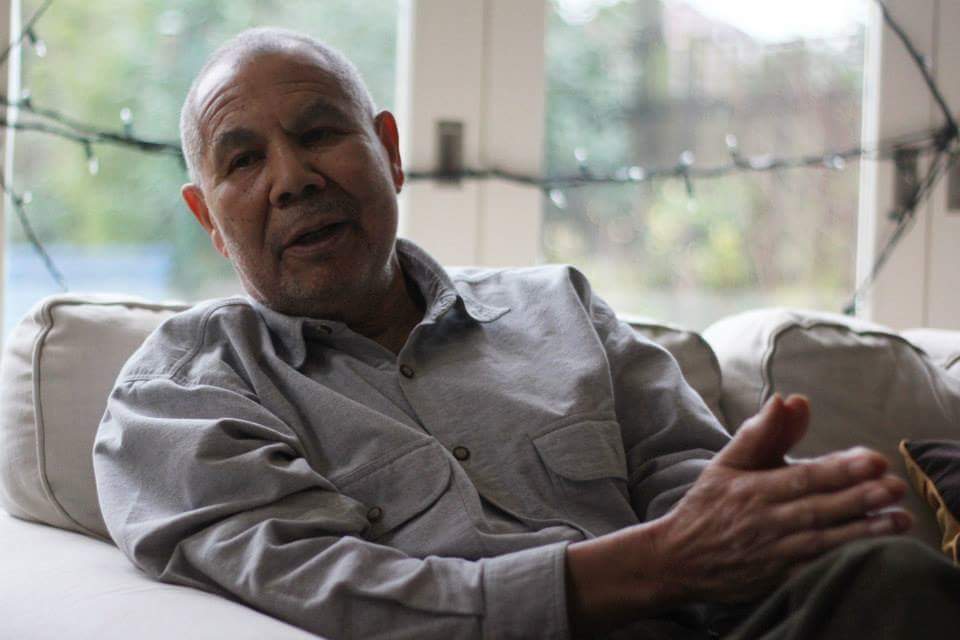 My father told me many sad and tragic stories of the terrible and horrific violence in jail and how political prisoners would be singled out and treated worse than other inmates.

Some so-called ‘political crimes’ in South Africa were almost funny, like when the police raided my grandmother’s house and took the book ‘Black Beauty’. Possessing the famous book about a horse was a crime because of the title’s implications.

My dad was arrested again in 1956 (alongside Nelson Mandela and over 150 others) for high treason, a crime punishable by death. Despite being eventually exonerated, my father was re-arrested, charged with political crimes and incarcerated for 11 months.

After being set free, he promptly left South Africa. He told me repeatedly that, like many other freedom fighters at the time, he would have been imprisoned for life or executed if he hadn’t fled.

In 1958, my dad stowed away on a ship headed for London, made his way to Southampton, and applied for asylum, which, ironically considering our present times, was approved.

Upon his arrival in the United Kingdom, a White Afrikaner passenger offered him a ride and some cash to get him to the centre of London. This encounter strengthened my father’s conviction that race and racism, while existent, were artificial concepts created for political gain and power.

My dad never doubted the reality of institutional and systemic racism in the UK. He decided early in life to devote his life to working towards a different outcome. He had a fiery passion for life but was also the consummate diplomat, winning friends wherever he went.

My father spent many years of his career working as a journalist. He helped set up papers such as The Voice and West Indian World.

By 1987, he had made history as president of the first Black National Union of Journalists (NUJ). This milestone was essential to the British press because it would serve as a role model for other journalists who cared deeply about social justice.

He tirelessly campaigned for the fundamental human right of shelter and was awarded an OBE for services to housing in 2000. He was the first Black chairman of Notting Hill Housing Trust (now known as the Notting Hill Genesis), one of London’s most significant social housing providers.

My father had a strong sense of equanimity and was committed to social justice. Forever tactful and seeking the middle ground, even if privately, he may have radical and outspoken views. It was this diplomacy that I believe was his greatest strength.

I will always be grateful to him for instilling in me a sense of what is right and wrong. This skill is precious in today’s climate of division, polarisation, and injustice. The pride I have in my African ancestry is something my father instilled in me.

I’m not telling you this story because it’s Black History Month. To me, that’s just a coincidence.

Instead, I tell my dad’s story to inspire other men and women to continue his work as a Black pioneer. He strived to ensure that everyone in our society has access to opportunity and housing, economic and financial power, and remembers our humanity.

October marks Black History Month, which reflects on the achievements, cultures and contributions of Black people in the UK and across the globe, as well as educating others about the diverse history of those from African and Caribbean descent.

For more information about the events and celebrations that are taking place this year, visit the official Black History Month website.