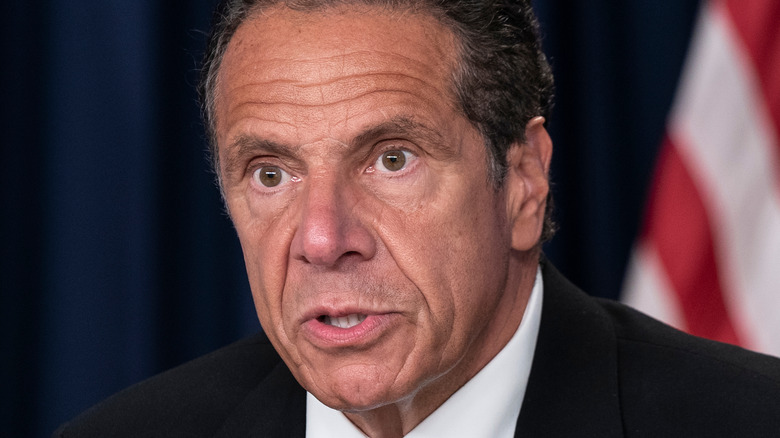 After three terms as the 56th Governor of New York, Andrew Cuomo will be resigning in light of vicious sexual harassment scandal. Over the months, as 11 different women came forward with various allegations regarding Cuomo’s inappropriate behavior towards them, Cuomo remained steadfast until the very end. He asserted time after time that the allegations were untrue, fervently denying them and claiming that the facts “are much different” than those presented (via NBC News). But after a stark realization that those whom he might have previously assumed to be in his corner were now calling for him to step down — President Joe Biden and Cuomo top aide Melissa DeRosa (via The New York Times), most notably — he resigned on Tuesday, August 10, per CNN.

Cuomo’s highly anticipated address to the public to discuss his resignation has been called “Nixonian” in nature and deemed a “non-apologetic apology” (via the Intelligencer). In an exclusive interview, The List spoke with Christopher Melcher, a family lawyer of high-profile clients who handles crisis communications. Melcher, a partner of Walzer Melcher, shared information regarding Cuomo’s resignation speech and what he believes it revealed about the soon-to-be former governor.

Did Cuomo give a genuine apology? 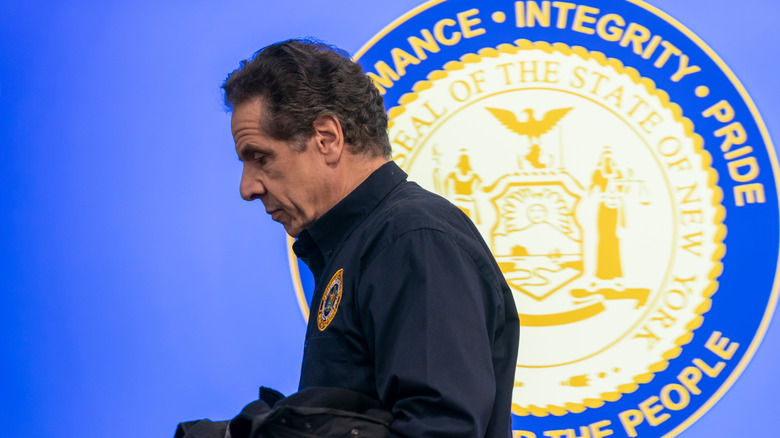 Responses to Andrew Cuomo’s resignation speech have been decidedly negative, with many outlets seeming to echo what The Independent called “the worst resignation speech in modern political history.” Many found his speech to engage in victim blaming, pandering, and defensive maneuvering, denying “any wrongdoing in every single other line of this statement,” per the outlet. And indeed, Christopher Melcher made many of the same assessments. According to him, Cuomo’s speech demonstrated a blatant inability to take accountability for his actions. “Gov. Cuomo failed to take accountability for his actions and blamed everybody but himself. The closest he came to apologizing is acknowledging that he didn’t fully grasp that today’s standards of inappropriate workplace behavior have changed,” Melcher explained. “That is not an apology.”

While much of Cuomo’s speech sought to separate himself from his alleged wrongdoings, Melcher seems to believe that his speech actually perpetuated the inherent fear that women have when it comes to making accusations towards men. “Cuomo sought to humiliate and undermine one of his accusers, which showed a lack of character,” Melcher said. “It is no wonder that women are afraid of making accusations against powerful men, when Gov. Cuomo attempted to use his position to publicly discredit an accuser.” 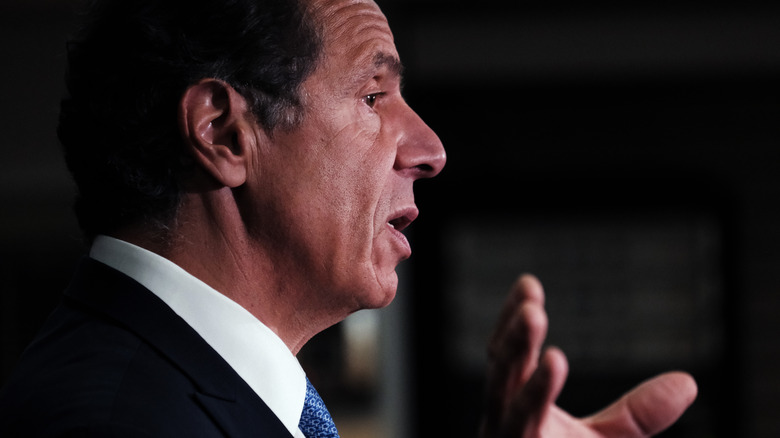 There is little doubt that Cuomo is passionate about his state, his job, and his country. His three terms of governing showed much of his dedication to the people over whom he governed and he will perhaps be most remembered for his hard work during the COVID-19 pandemic, per CNN. But many people, including CNN’s chief White House correspondent, Kaitlan Collins, believe that former good-doings don’t make someone exempt from problematic behavior. Collins said, “Can you really say he has done a ‘hell of a job’ if he is accused of sexually harassing women?”

Melcher touched on this notion, as well, saying, “Gov. Cuomo said he loves New York, and that everything he has done is for New York. But he held onto power as all support around him eroded and calls for his resignation forced him out. Per the New York Attorney General report, Gov. Cuomo sought to humiliate and undermine one of his accusers, which showed a lack of character.”

After all, only time will tell if Cuomo’s problematic behavior will speak louder than his actions as governor.

If you or anyone you know has been a victim of sexual assault, help is available. Visit the Rape, Abuse & Incest National Network website or contact RAINN’s National Helpline at 1-800-656-HOPE (4673).