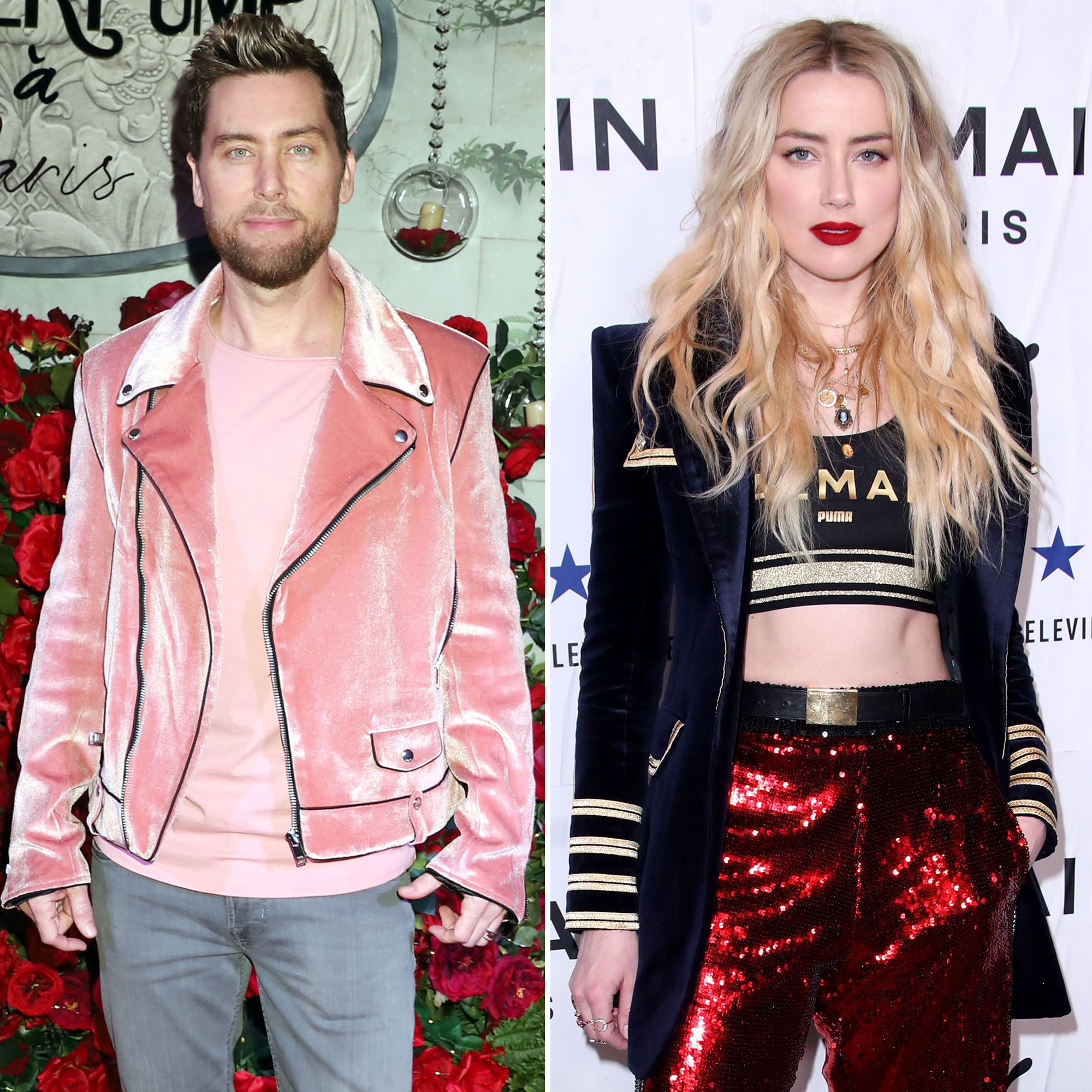 Taking it back. Lance Bass deleted his Amber Heard-inspired TikTok video after being criticized for seemingly mocking victims of domestic violence.

The ‘NSync alum, 43, shared a clip on Monday, May 16, in which he pretends to trip and fall on the ground and rubs a carpet as audio of Heard’s testimony from her ongoing trial defamation trial with Johnny Depp plays in the background. “At this point, we’re sitting next to each other on the couch,” the Aquaman actress, 36, says as Bass dramatically acts out her words. “I was just sitting there on this carpet, looking at the dirty carpet, wondering how I wound up on this carpet and why I never noticed that the carpet was so filthy before.”

He captioned the video, “Reenacting Amber Heard’s testimony,” adding in the comments, “In honor of the trial starting back up … Had 👏 to 👏 do 👏 it.”

While he may have intended it as a fun TikTok trend, many social media users called him out for appearing to mock Heard. “This trial is about domestic violence, emotional abuse, and sexual assault. And this is what Lance Bass is choosing to do. These folks really are determined to dissuade victims from ever coming forward again,” one Twitter user wrote, while another commented on the video itself, “Karma is going to get you for this. Maybe it already has since you’re not exactly booked and busy.”

The Representation Project, which is an organization dedicated to “fighting sexism through films,” also critiqued the Mississippi native for his post via their official Twitter account, writing, “Mocking or making light of domestic abuse and sexual assault is never okay – and it’s not just Lance Bass, but a troubling trend taking over social media.”

Bass has not yet commented on the video or his decision to delete it.

The audio that the Out of Sync author recreated comes from Heard’s time on the stand in the Virginia trial, during which she claimed that Depp, 58, once slapped her so hard during their marriage that she fell to the floor. The Edward Scissorhands star, who has denied the allegations, is suing his ex-wife for defamation over an op-ed she wrote for The Washington Post in 2018, in which she describes herself as a survivor of domestic violence.

Although Heard did not mention Depp’s name in the article, the Sweeney Todd star claims that her essay damaged his career and reputation. The Magic Mike XXL actress, for her part, denied that the piece was written about Depp. “It’s not about Johnny. The only person who thinks it is about Johnny is Johnny,” she said while testifying on Monday. “It’s about me and what happened to me.”

The pair first sparked romance rumors after meeting on the set of The Rum Diary in 2009. They tied the knot six years later, but Heard filed for divorce in May 2016 after 15 months of marriage. Days later, Heard obtained a temporary restraining order against Depp, claiming that he had been violent toward her.

In her testimony on Monday, the Texas native claimed that she never filed charges against the Oscar nominee because she wanted to protect him. “I was scared and very conflicted because the person I was scared of was also the person I was in love with,” she said on the stand, adding that she struggled with the decision to end their marriage. “I knew that if I didn’t, I’d likely not literally survive. I was so scared that it was going to end really badly for me, and I really didn’t want to leave him.”

Depp, for his part, denied his ex-wife’s allegations while testifying last month. “Never did I myself reach the point of striking Ms. Heard in any way, nor have I ever struck any woman in my life,” he said.

If you or someone you know is experiencing domestic violence, please call the National Domestic Violence Hotline at 1-800-799-7233 for confidential support.