Vanderpump Rules star Lala Kent, 31, wishes she had pals Stassi Schroeder, 33, and Jax Taylor, 42, by her side this season, and while they aren’t going to be shown on the show this season after getting fired, she’s hopeful her friends will be back in the future. “We obviously miss them tremendously,” the new mom to daughter Ocean Emmett, 6 months, told HollywoodLife EXCLUSIVELY during Travel & Give’s Travel with a Purpose fundraiser on Oct. 11 at TomTom in West Hollywood. “But, I think the show is great. I think we’re two episodes in. It’s absolutely fantastic and it’s deep. We’re back to the roots of the show and these relationships and friendships have so much history. We went two years pretty much without really deep diving into our issues, so it’s kind of like emotional vomit on the show this year.”

Stassi and Kristen Doute, 38, were fired from the show during the height of the Black Lives Matter movement back in June 2020.  They reported their former co-star, Faith Stowers, 31, to police for a crime she didn’t commit. An appearance on the “Bitch Bible” podcast from 2018 came to light where Stassi confirmed the call and during the same year, Kristen took to social media to point out that the woman in a photo tied to the arrest looked like Faith. Both Stassi and Kristen both issued public apologies and took some time off from social to regroup.

Sadness turned to happiness quickly for Stassi as she tied the knot to her now husband, Beau Clark, 41, and together they welcomed daughter Hartford, 9 months, shortly after. Also departing from the show was in Dec. 2020 were Jax  and wife Brittany Cartwright Taylor, 32, who welcomed son Cruz Cauchi, 5 months, in April and Lala is hoping their new roles as mature parents will help them be able to return to the show. “I really hope so,” Lala said of if we’ll see them all on again. “I really want moments like that to become teachable for everybody and I would obviously welcome them with open arms should that ever be a conversation.”

Seeing the changes in her friends has been really fun to watch, even though viewers can’t see it on TV. “I’ve seen both Brittany and Stassi as moms,” Lala added. “It’s so beautiful and amazing to watch them. I wish that other people could see how their lives have changed and how different our relationships are now that we’ve added kids into the mix. Four moms, I think it would be such a fun thing to show.” 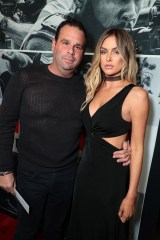 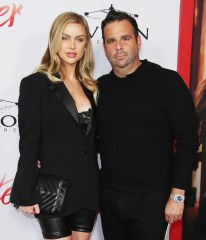 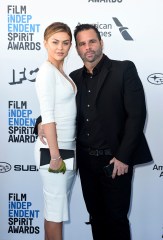 Lala is excited for fans to see the changes this season and hopes they’ll still watch as she raises her new baby and hopes that the fourth time planning a wedding is finally a charm. “We’re hoping for 2022 which is around the corner,” Lala revealed. “But my biggest thing is people feeling safe when they come to our wedding and we have a baby together and I feel like that’s more binding than a contract. Neither of us are in a rush to get married. My biggest thing is having people come to celebrate and not be nervous about their health.”