A High Court challenge to the Labor Party’s federal intervention in Victoria will seek to wrest back members’ control of the preselection process amid fierce and emotional factional power-plays after senator Kimberly Kitching’s death.

Earl Setches – plumbers’ union boss, political ally and friend of the late senator – said he had instructed lawyers to appeal last year’s failed Supreme Court bid to end the federal executive’s control of the state branch, against a backdrop of further talk within the party that Senator Kitching was shunned. 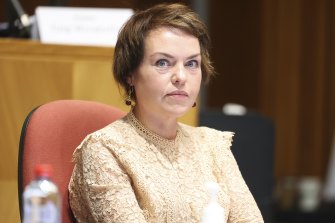 The federal ALP executive took over the Victorian branch after The Age revealed wide-spread branch stacking, enabling it to choose candidates to run for election. Unions challenged the move but the Supreme Court ruled it had been lawful.

A successful High Court challenge would put the already drawn-out preselection process back into the hands of rank-and-file members before candidates for the imminent federal election were finalised.

The question of who runs in the top two Senate spots and the lower house seat of Holt in which Anthony Byrne is retiring is still to be decided.

“The catalyst was the absolute lunacy, monstrosity that [a few] individuals can pick and choose who goes into Parliament, and the members handing out the pamphlets on the day have no say in it,” Mr Setches told The Age and The Sydney Morning Herald.

He added that he felt Senator Kitching had been “ostracised”, and that she had heard of a negative decision regarding her preselection the morning she died after suffering a heart attack.

“Knowing that you’ve lost your career, your income and everything you stand for, and the humiliation, that would’ve absolutely devastated Kimberly,” he said.

Senator Kitching also complained to an external workplace trainer in recent months that she was being bullied by colleagues.

Opposition Leader Anthony Albanese has said he won’t investigate claims made in a series of articles in The Australian that this mistreatment included hostile behaviour from the Senate leadership team including Penny Wong.

A veteran Labor figure with knowledge of the developments, who spoke on the condition of anonymity in order to reveal details of the party’s inner workings, said the handling of the Victorian branch had turned into a “dictatorship” and the worst factional behaviour seen in a generation.

“These people basically tortured Kimberly with sadistic mind-games for eight months,” the Labor figure said about the preselection process for Victorian senators, noting there were questions hanging over the security of Senator Kitching’s future at the time of her sudden death last Thursday.

“They were doing it close to the election so there was less fuss: if you complain, we will blame you for causing upset in the election.”

An internal battle within the Victorian right is underway, with a camp led by deputy Labor leader Richard Marles looking to exert greater influence. The Sydney Morning Herald and The Age has sought comment from Mr Marles about whether he was making a factional push in the Senate.

In a press conference, Mr Marles said he didn’t accept “the assertions that have been in the media” about Senator Kitching’s allegations of bullying.

“Senator Kitching died a week ago today, somebody I knew for 30 years. The whole Labor movement is in a state of grief and shock,” he told reporters.

“Right now, I am focused on providing support to Andrew [Landeryou], her husband, and family whose grief is unspeakable.”

The anonymous veteran Labor figure said of the factional fight, “If they genuinely weren’t going to knock off Kimberly, then why would they seek to take advantage of that spot now that she’s gone? It’s just revolting.”

One Labor MP said the conversations being had within the party on the matters are “very emotionally raw at the moment”.

Another MP said there was a lot of anger about the way things were playing out in public after Senator Kitching’s death, and it seemed anyone who knew any information about the personal relationships and preselections was using it to bash their factional opponents.

Senator Wong has confirmed she will attend Senator Kitching’s funeral on Monday after questions were raised about her pre-existing plans to attend a fundraising event in the Northern Territory.

Labor’s Senate leader has rearranged several scheduled events in Alice Springs and Darwin but it took some time for her office to determine what was possible.

“Senator Wong will be attending Senator Kitching’s funeral to pay her respects along with the Labor family,” a spokeswoman said.

Defence Minister Peter Dutton described Senator Kitching as a dear friend and said he knew from their conversations that she had been under a lot of pressure.

“I know that Andrew and her family are feeling the pain acutely at the moment and I know that a lot of her Labor friends are equally upset about these allegations,” he told 2GB’s Ray Hadley.

“They’ve seen the pressure that Kimberley has been under for a period of time, and they’ve seen the decisions that have been made by people like Kristina Keneally and Penny Wong and it’s been quite a deliberate course of action, and that seems to be obvious.”