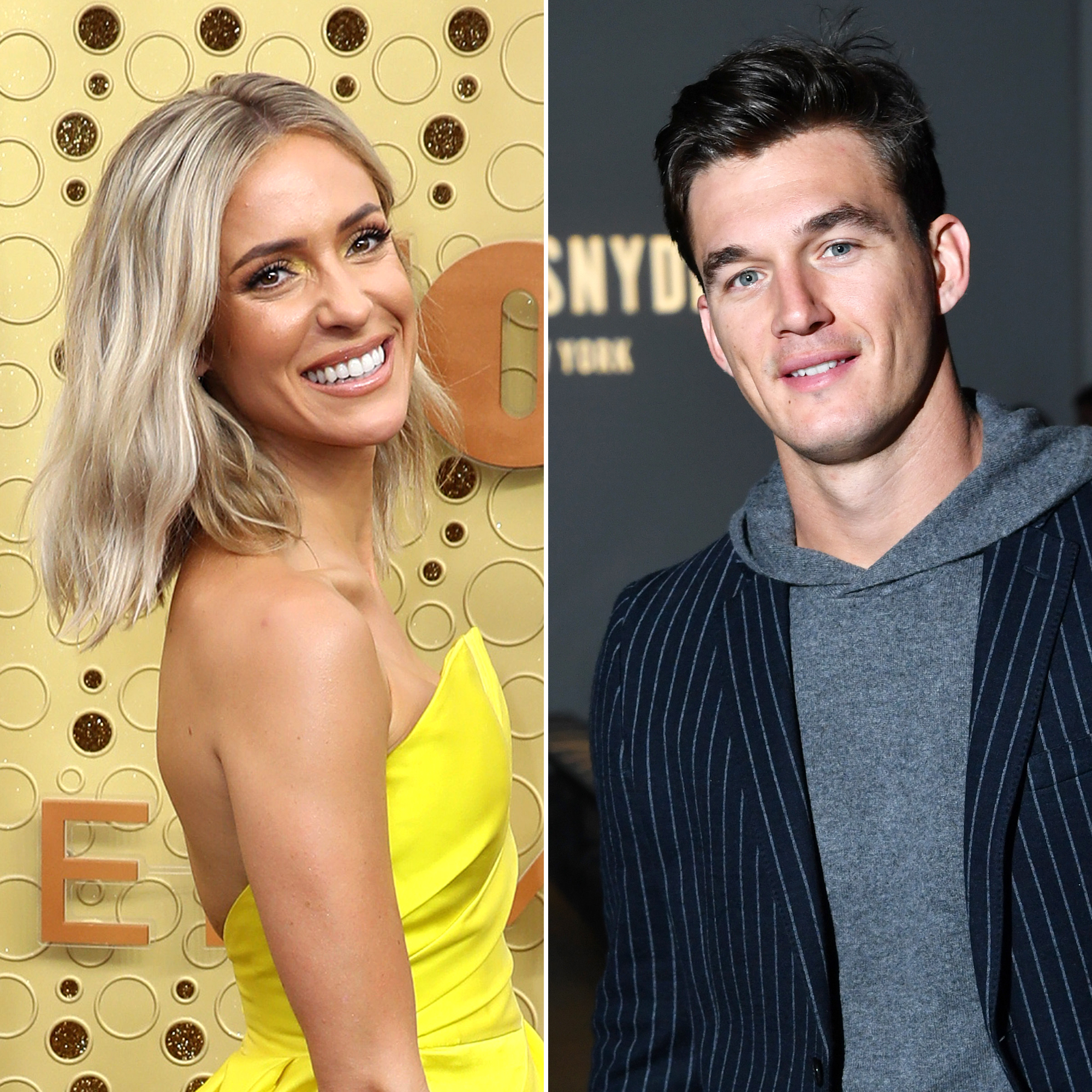 Taking things to the next level? Kristin Cavallari and Tyler Cameron were spotted cozying up on New Year’s Eve after insisting they’re just friends — and now, she’s subtly changing her tune.

Kristin Cavallari Plays Into Tyler Cameron Speculation: What We Know

“Who is the last person you went on a date with?” Stephen Colletti asked his 34-year-old “Back to the Beach” podcast cohost in a promotional video for their Dear Media show.

“It’s so funny to me how I get all of these questions every time and you get, like, the simplest stuff,” Cavallari responded. “My last date was public, so if you really wanna know, I guess you can Google it.”

After the One Tree Hill alum asked for a “date” to help for any search inquiries, the former Very Cavallari star added: “It was New Year’s Eve weekend.”

When Colletti called her out for getting “flustered,” Cavallari, starting to blush, replied, “I don’t get flustered, Stephen!”

Fans spotted Cavallari and Cameron, 29, dancing and cozying up in Nashville on December 31 with her best friend Justin Anderson and his fiancé Austin Rhodes. The foursome was also joined by Bachelor Nation’s Jason Tartick and Kaitlyn Bristowe.

In a later-deleted video posted by Tartick in the early hours of January 1, the “Trading Secrets” podcast host questioned Cameron about why he was in Tennessee — and whether he was single. The former football player didn’t answer the questions and tried to flip the script on Tartick, who has been engaged to Bristowe since 2021.

Cavallari and Cameron were previously introduced in February 2022 during an appearance on E!’s Daily Pop. Two months later, the Bachelorette season 15 runner-up packed on the PDA with Cavallari in the Uncommon James designer’s campaign video.

“Tyler is the sweetest human being on the planet, such a great guy, I was so impressed with him,” she told Entertainment Tonight at the time. “There is nothing going on. Great guy, [but] we are not dating, I promise. If I was, I would not answer the question, put it that way. … Nothing is going on. He was a hired actor, OK?”

Later that month, Cavallari admitted that she hired Cameron “for press” — but called him a “very good kisser.”

“I mean, he is like such a love,” she said on “The Bellas Podcast,” adding: “I have nothing but good things to say about him. But we’re not dating. Everyone’s like, ‘Tell me everything.’ I’m like, ‘I think he’s great.’”

Cameron, for his part, told E! News that they had “so much fun” on the set.

“Kristin is just a joy and a pleasure to be around,” he noted at the time. “I love hanging out with her and getting to know her, so it was fantastic.”

Earlier this month, she made another comment to Colletti about her dating life.

“To be honest, I don’t want to say anything I’m going to end up regretting, but I don’t think I want to date another athlete,” she said on the Tuesday, January 17, episode of their podcast. “I’ve done that. I want to leave that in the past.”