Kim Kardashian headed straight for an endless buffet of pizza and doughnuts after losing 16 pounds in three weeks to prepare for Monday night’s 2022 Met Gala.

The Skims founder, 41, took to her Instagram Story to share the sugary sight, panning around a room where boxes of Joe’s Pizza and Doughnuttery treats were stacked high.

“OK guys, so after the Met, I am starving, and my favorite doughnuts in the entire world, in New York City, are these mini doughnuts,” she said, showing a close-up of the sweets.

“Oh my God, you guys, they have them in the room. How cute is this?”

Kardashian’s attention then turned to the sizzling pizza pies, sharing that she was “so excited” to indulge in them.

“And pizza! You guys, I haven’t had carbs or sugar in almost a month, definitely three weeks,” she shared. 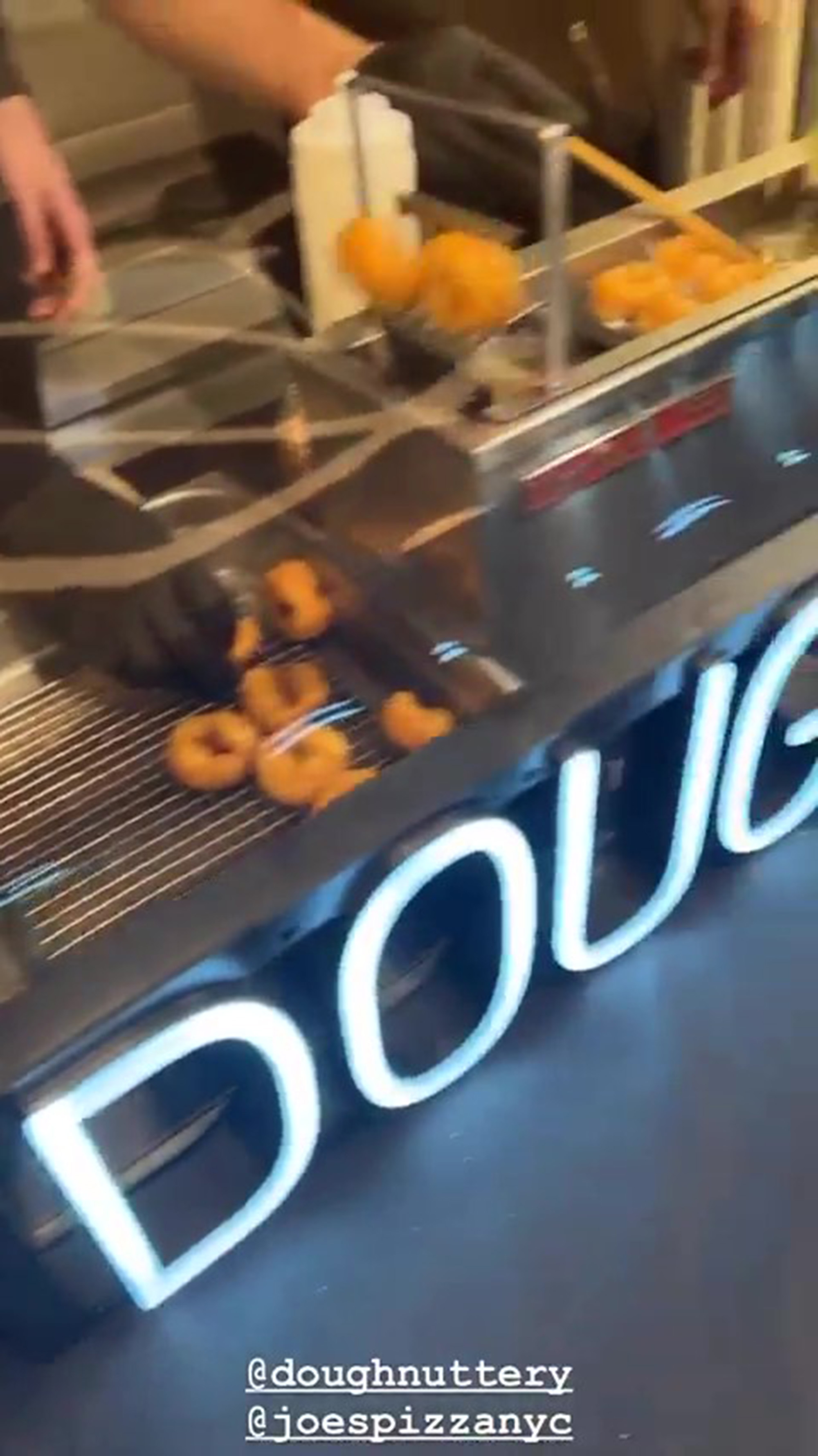 Kardashian took dieting to the extreme in order to fit into her Met Gala gown, the iconic dress that Marilyn Monroe wore while singing “Happy Birthday” to President John F. Kennedy on his 45th birthday in 1962.

She revealed on the red carpet at the star-studded event that she had lost a whopping 16 pounds in under a month to be able to fit into the tiny Jean Louis dress.

The Hulu reality star, who dyed her hair bleach-blond to mirror Monroe for the evening, borrowed the crystal-studded outfit from Ripley’s Believe It or Not! The garment is dubbed the “world’s most expensive dress” and set a Guinness World Record when Ripley’s acquired it for $4.8 million (over $5 million including auction fees) in 2016. 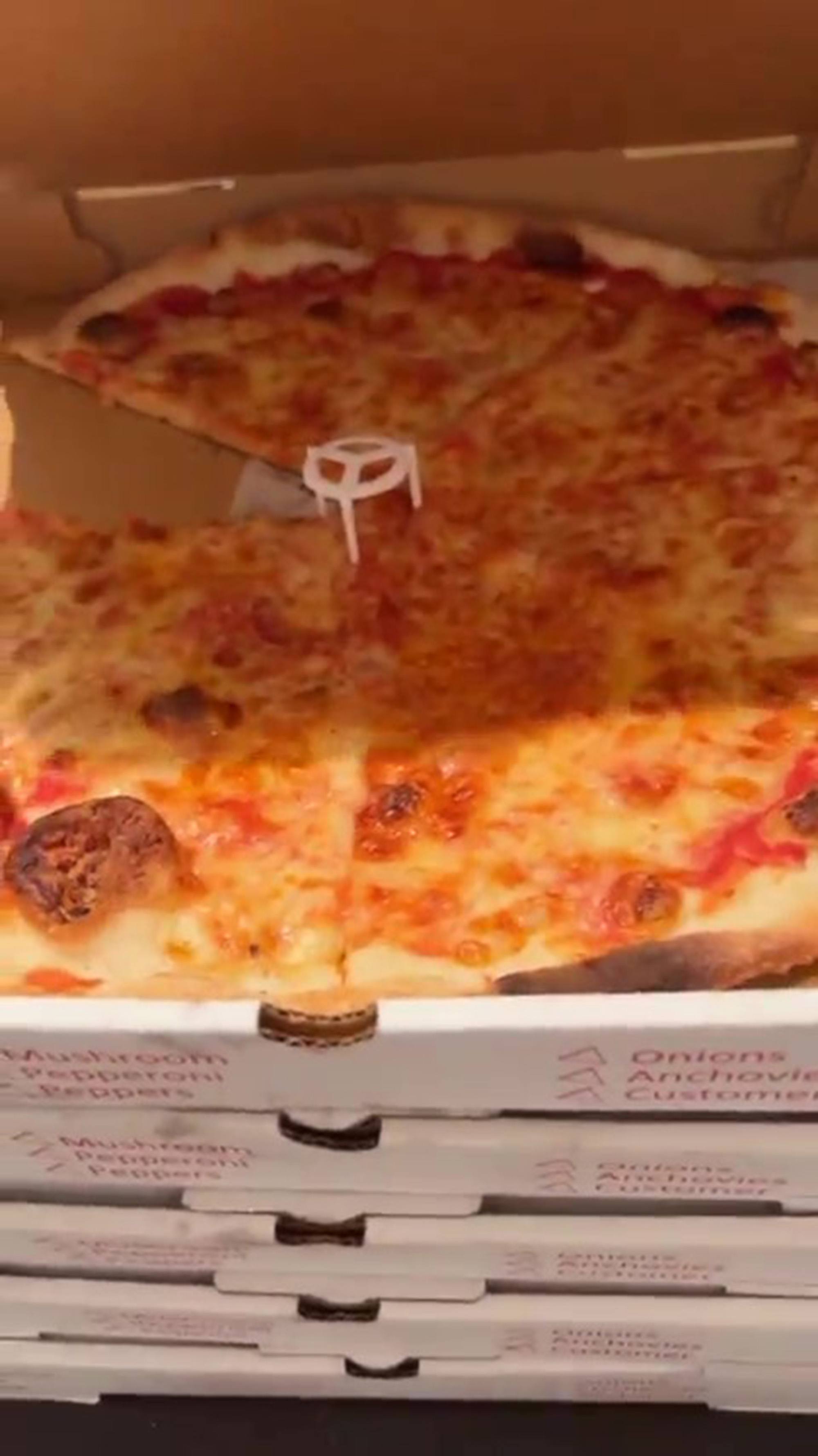 “The idea really came to me after the gala in September last year. I thought to myself, what would I have done for the American theme if it had not been the Balenciaga look? What’s the most American thing you can think of? And that’s Marilyn Monroe,” Kardashian told Vogue Sunday. “For me the most Marilyn Monroe moment is when she sang ‘Happy Birthday,’ to JFK, it was that look,”

She continued, “Nowadays everyone wears sheer dresses, but back then that was not the case. … In a sense, it’s the original naked dress. That’s why it was so shocking.” 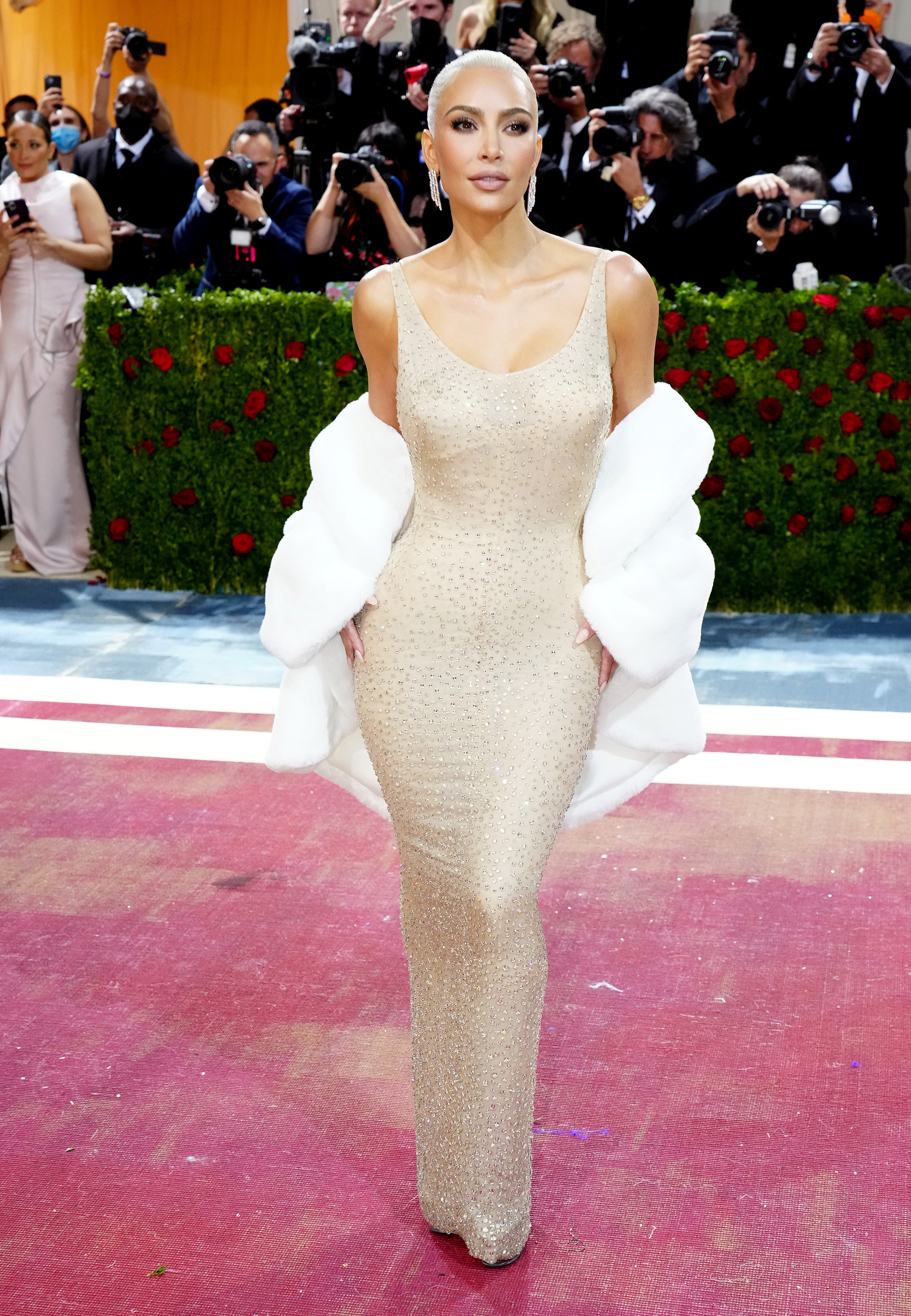 Kardashian had to shed the weight because Ripley’s would not allow the dress to be altered. But she is no stranger to going the extra mile to make a look work, having infamously corset-trained her waist for her Thierry Mugler dress in 2019.

The beauty mogul was accompanied by her boyfriend, Pete Davidson, with whom she showed plenty of PDA on the carpet.