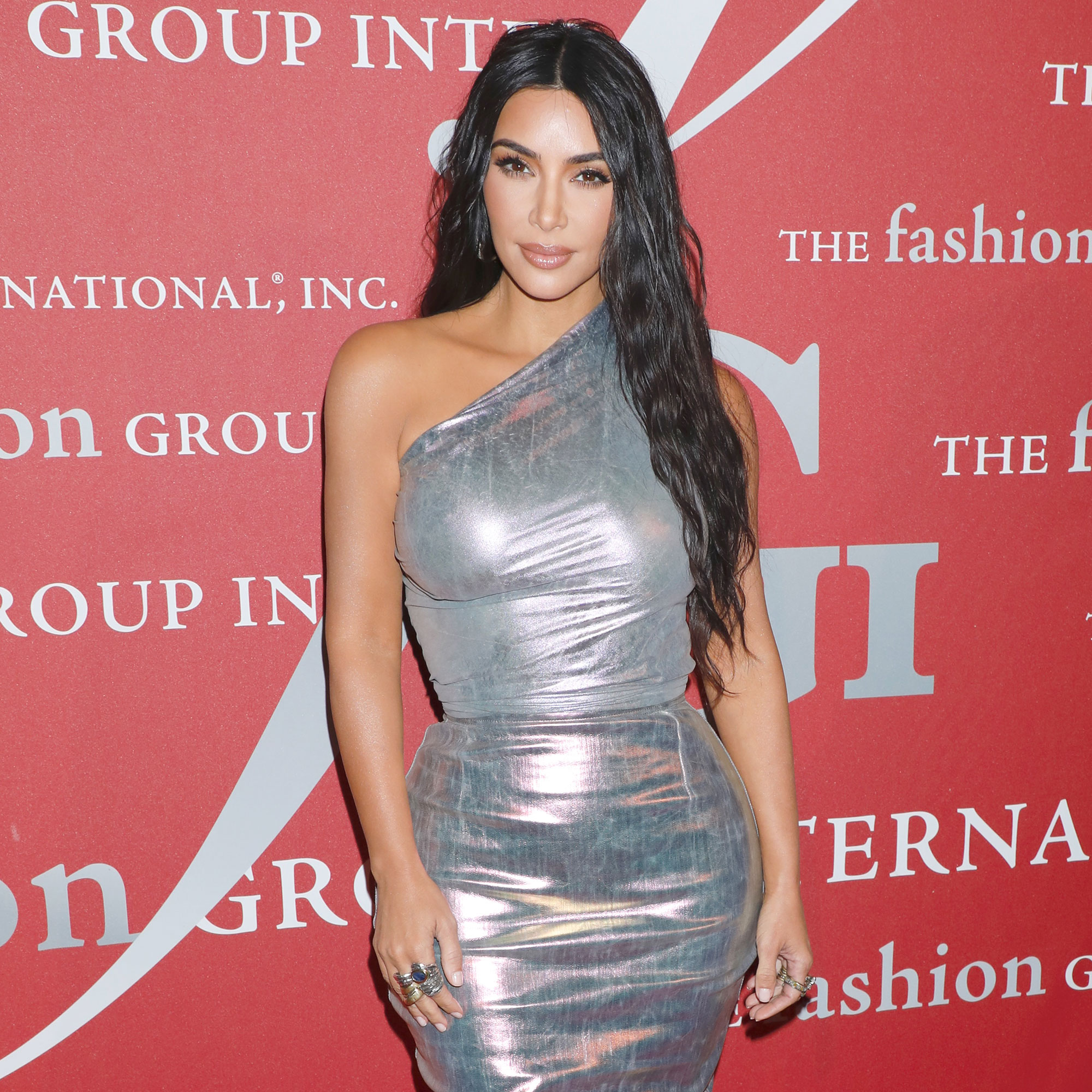 Proceed with caution! Kim Kardashian made quite the fashion statement at the Balenciaga fashion show during Paris Fashion Week. The 41-year-old Skims founder sat front row in a neon yellow cation tape catsuit.

Kim Kardashian’s Futuristic Sunglasses Cover Half of Her Face: Pic

While it would be logical to think that the KKW Fragrance founder’s look was carefully sewn together weeks in advance, it turns out that she just had a team of assistants drape her black catsuit, Balenciaga handbag and boots in a custom-made tape imprinted with the fashion house’s logo.

Kardashian took to Instagram Stories following the show to demonstrate how the whole look came to be. Four designers gathered around her and started wrapping up her limbs as she sat in a chair. When it came time for the torso, she stood up — and held super, super still.

When the whole thing was said and done, the mom of four decided she wanted to keep the one-of-a-kind look. But given that she was physically taped into the outfit, a scissors was necessary.

“I kept my look from the Balencaiga show and I literally had them cut it off me and I kept it so it is still in tact with the boot and the bag and everything, from the archive,” she revealed via Instagram Stories.

The outfit isn’t the only momento she took home from the show. She was also given the “trash bag bag” that many models carried down the catwalk.

Creative director Demna designed the fashion show as a “dedication to fearlessness, to resistance and to the victory of love and peace” in light of war occurring in Ukraine.

“Fashion week feels like some kind of an absurdity. I thought for a moment about cancelling the show that I and my team worked hard on and we’re all looking forward to. But then I realized that cancelling this show would men giving in, surrendering to the evil that has already hurt me so much for almost 30 years. I decided that I can no longer sacrifice parts of me to that senseless, heartless war of ego,” Demna wrote via Instagram.

How Kanye West Influenced Kim Kardashian’s Style Through the Years

In addition to the catwalk, Demna also placed t-shirts in the colors of Ukraine’s flag on every guest’s seat. Following the show, Salma Hayek, who was also in attendance, posed side-by-side with Kardashian in her tee. She simply captioned her post with an emoji of the Ukrainian flag and a dove emoji.