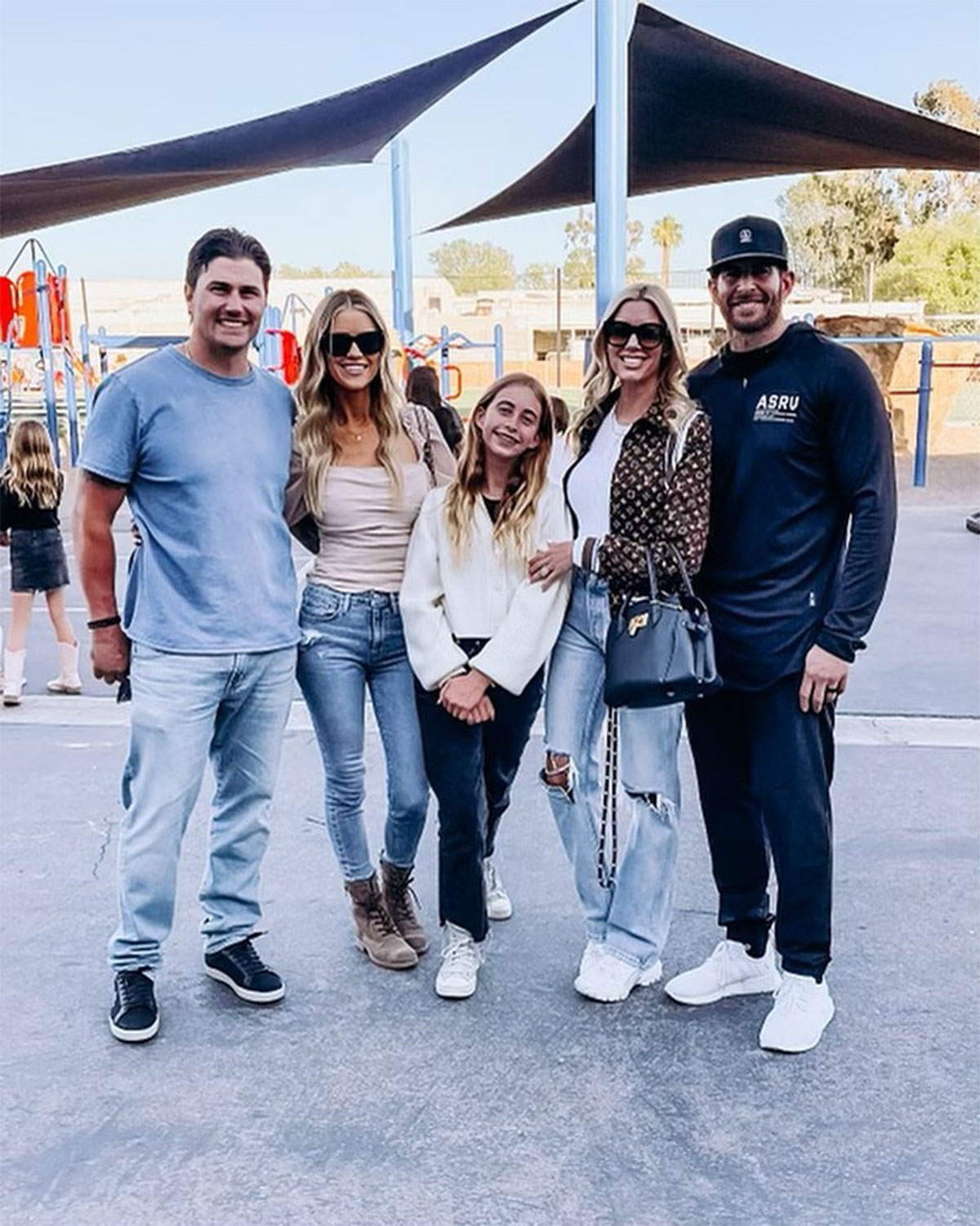 “Co-parenting 101. Kids come first,” the Christina on the Coast star, 38, wrote via Instagram on Thursday, May 12, sharing a photo alongside husband Joshua Hall, the 40-year-old Flip Your Life author and the 34-year-old Selling Sunset star. “Taylor’s open house. Next, on to middle school she goes. Brayden is recovering well and we are all grateful 🤍. It has been a very rough few weeks, ready for some peace 🙏.”

Heather uploaded a similar group photo via her own account, praising her blended family despite their ups and downs. “Sometimes to shut down the noise we show the truth. Co- parenting and doing what’s right ❤️,” she wrote, calling Tarek and Christina’s daughter Taylor, 11, “the cutest.”

The Flipping 101 personality, for his part, noted that he was “so proud” of Taylor and son Brayden, 6, after an “exhausting week.”

The two couples recently found themselves in the spotlight after they were photographed disagreeing with each other at a children’s sports game on Saturday, May 7. Christina’s rep addressed the situation in a statement to Us Weekly, noting, “A personal matter was discussed and has since been resolved. We are focused on coparenting as a team moving forward.”

One day after the public spat, the foursome were forced to put their apparent differences aside when Brayden was rushed to the hospital for an emergency appendectomy. “Stressful 24 hours but a good reminder how important team work/co-parenting is. We are all under pressure but when it really matters we were all there for Brayden doing our part,” the HGTV personality shared via social media after the little one’s procedure. 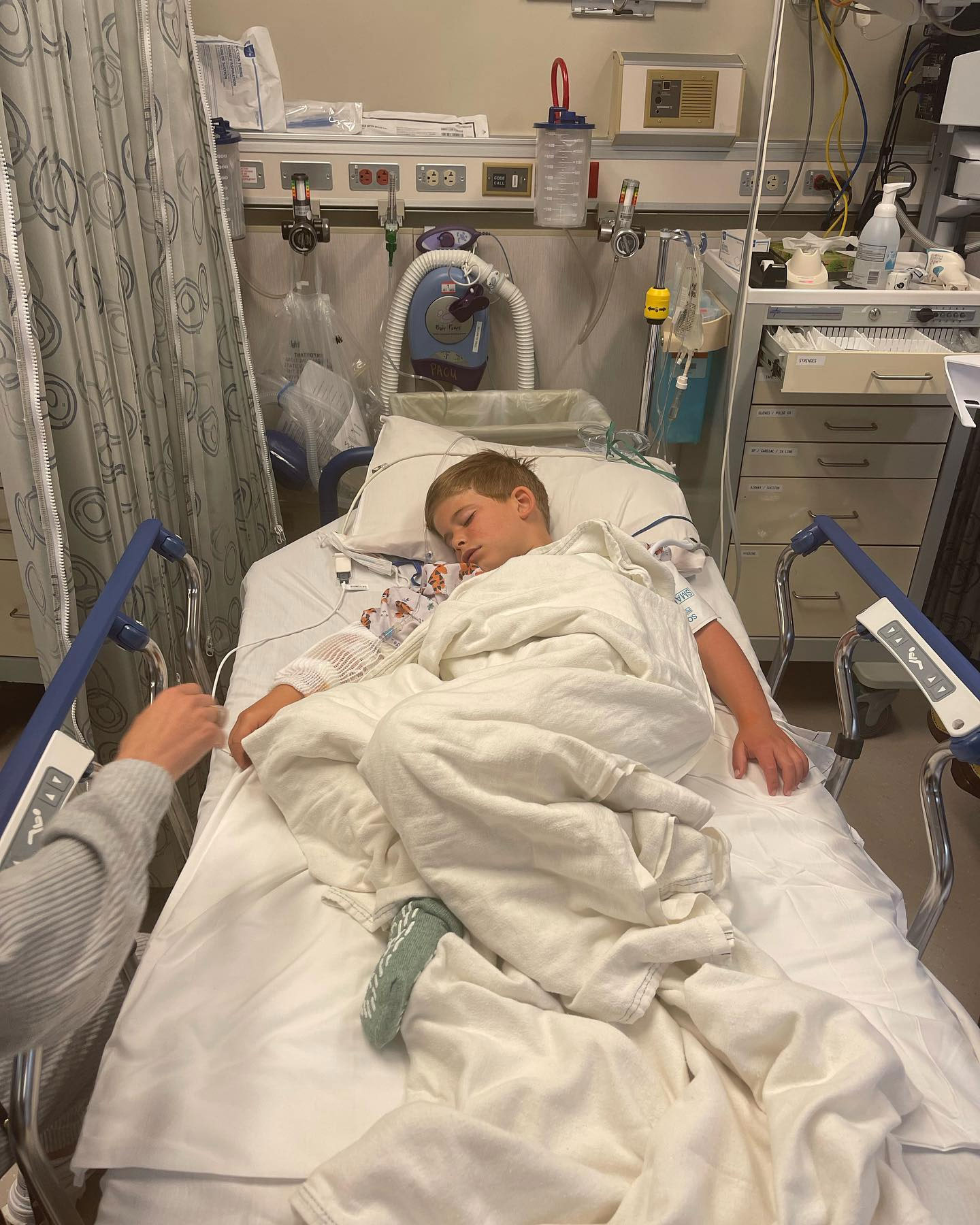 The Flip or Flop alums were married from 2009 to 2018 and continued working together until their joint series came to an end earlier this year. When it comes to coparenting, an insider exclusively told Us that the exes “really try to handle issues privately” and were simply spotted at a bad time during their recent disagreement.

“Both couples are hoping to put this incident behind them and move forward,” the insider told Us, adding that “everyone’s embarrassed by what happened” at the soccer game.

Christina also shares son Hudson, 2, with ex-husband Ant Anstead, from whom she split in September 2020. She wed Joshua less than one year after finalizing her divorce from the U.K. native, 43, in June 2021. Tarek exchanged vows with Heather in October 2021, and the former Playboy model has seamlessly taken to her stepmom duties. However, Heather and Christina haven’t always seen eye to eye.

“There’s been tension between Christina and Heather for quite some time now,” a source exclusively revealed after their argument was caught on camera. “They usually remain distant from each other. … [Christina is] accepting of Heather taking on the role of stepmom but has this animosity toward her.”

Earlier this month, Tarek gave Us an exclusive glimpse inside his coparenting relationship with the Wellness Remodel author, who’s currently in the middle of a messy custody battle with Anstead.