Feud? What feud? Would *you* throw a party for your arch rival? Yeah, didn’t think so. According to a source for Us Weekly, Kate Middleton may host Meghan Markle’s second baby shower, and it will reportedly be thrown in the U.K. So, can we put all those nasty rumors about them not getting along to rest now?

News of Markle’s second shower comes a little more than a week after her first, which was quite the fancy affair in New York City. If anyone can step up the fancy shower factor, though, it’s Middleton. After all, her mom, Carole, started and still runs a party-planning empire. Not that it’s a competition, of course.

There aren’t a whole lot of details about this supposed second shower at the moment, but Us Weekly’s "royal insider" claimed that it’s totally happening. "There is still going to be some sort of private baby-centric event for Meghan’s U.K. people, and Kate will host," the source told the outlet. "Her glam people and other relatives will be there. Not sure if it’s a total baby ‘shower,’ but you could probably call it that."

As for why the source said it won’t be a "shower" — well, it’s because royals aren’t technically supposed to have them. When Middleton was pregnant with Prince George back in 2013, for example, royal expert Victoria Arbiter told ABC News that, "they are clearly very wealthy, and a lavish baby shower would be seen as highly inappropriate. There’s nothing they can’t go out and buy themselves." Fair point. 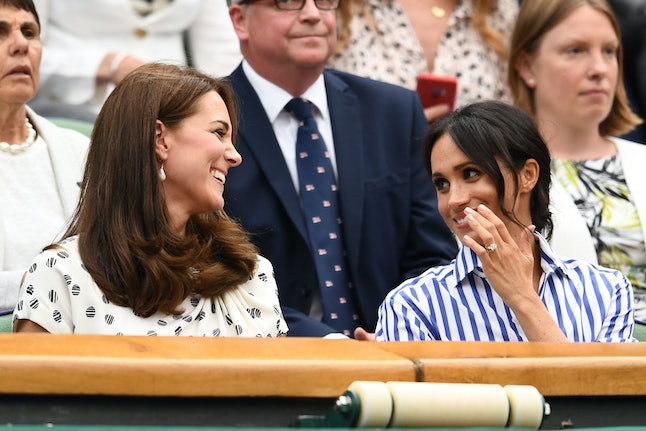 Also, baby showers aren’t really a "thing" in the U.K. like they are in the U.S. "No, the Brits don’t do baby showers. It is not what they do," Arbiter told E! News in 2012. Still, though, it sounds like Middleton will be throwing some kind of party to celebrate Markle’s pregnancy.

If and when that ends up happening, it’d be a pretty clear indication of Middleton and Markle’s relationship status. There’ve long-been rumors about tension between the two, but a royal source told Elle earlier this year that that’s just a bunch of nonsense.

"The stories of the two duchesses having a major ongoing feud are just overblown," the source told the outlet. "They have enormous respect for each other and are both devoted to representing Her Majesty in the humanitarian and charitable work they do." 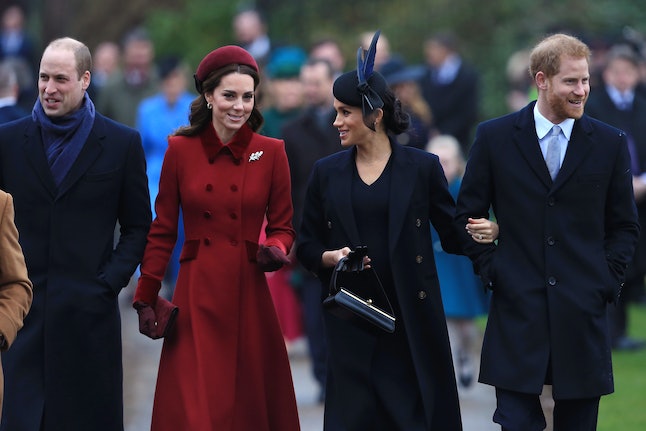 Look, just because they’re not like, constantly having sleepovers and braiding each other’s hair, doesn’t mean they don’t enjoy spending time together. Also, they’re both incredibly busy women in two very different stages of their lives. Middleton has three young kids and has been doing the royal thing for nearly a decade. Markle is just now expecting her first, and is definitely still learning the royal ropes.

Regardless, everybody just needs to leave them alone. It seems as if they’re doing just fine. Oh, and keep your fingers crossed about this non-shower baby shower, because if it ends up happening, the pictures would be a real treat.