Justin Cartwright, a South African-born writer who used his homeland and Britain, where he lived for most of his life, as backdrops for award-winning contemporary, satirical and historical novels, died on Dec. 3 in a nursing home in London. He was 75.

His son Serge said the cause was pneumonia; Mr. Cartwright had also been found to have dementia, he said.

Mr. Cartwright’s novel “In Every Face I Meet” was shortlisted for the prestigious Man Booker Prize in 1995; his “Leading the Cheers” won a Whitbread Book Award in 1998; and “The Promise of Happiness,” his biggest seller thanks to its selection by the popular Richard and Judy Book Club, took home the Hawthornden Prize, Britain’s oldest major literary award, in 2005.

For all that recognition, though, “Justin Cartwright is surprisingly little known in the United States,” the novelist Tony Eprile wrote in The New York Times Book Review in 2006, “although in England he is frequently mentioned alongside authors like Ian McEwan, Martin Amis and Kazuo Ishiguro.” 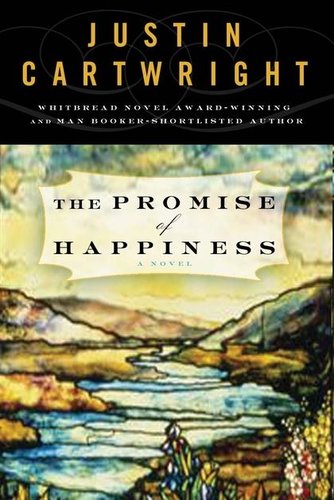 The critic Robert E. Hosmer Jr., reviewing “Look at It This Way” (1993), a dark comedy about an American expatriate writer in London, wrote in The Boston Globe that Mr. Cartwright “knows how to plot intricately and tightly, juggling several plots magically interwoven.”

Mr. Cartwright said his books were largely about people struggling to find their place in the world. “I write from what I take to be the realist’s point of view, looking at life as it really is, or the way I see it to be,” he said in an interview with The Telegraph in 2004.

He made extensive use of his South African background in “White Lightning” (2002), in which a soft-core pornographic film director returns to South Africa as his mother there is his dying, and in “Up Against the Night” (2015), a fusion of stories about a wealthy Cape Town-born Londoner in the 21st century and the massacre of the Boer leader Piet Retief and his men by the Zulu king Dingane in 1838.

“I have a theory that I haven’t heard aired before,” Mr. Cartwright told The Irish Times in 2015, referring to the massacre. “This might have been the start of apartheid. Not literally. But I think the Boers were terrified that if you didn’t keep black people under control, this would happen again; they’d come and kill our wives and daughters and children.” 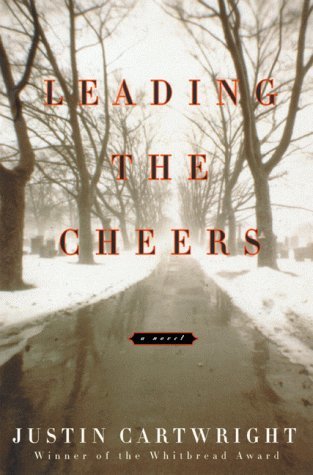 Mr. Cartwright also found stories in everyday corners. During a high school reunion in the United States, where Mr. Cartwright studied for a year as a teenager, he learned that a serial killer was loose in town, which helped inspire him to write “Leading the Cheers.” A newspaper article about a school friend who had been imprisoned for stealing a Tiffany window helped give him the story line of “The Promise of Happiness.”

“The Promise of Happiness,” which is set in Cornwall, England, follows the Judd family, whose favored child, Juliet, is charged with fencing a stolen Tiffany window. The crime devastates her doting father, who fixates on aging, suicide and the demise of his marriage.

In her review in The New York Times, Michiko Kakutani called it a “beautifully observed, emotionally detailed novel.” She also praised Mr. Cartwright’s “Updikean eye for how people live today and his dramatist’s ear for how they talk.”

Justin James Cartwright was born on May 20, 1943, in Cape Town and grew up there and in Johannesburg. His father, Alan Patrick Cartwright, known as Paddy, was the editor of an anti-apartheid paper, The Rand Daily Mail. His mother, Nancy (McAllister) Cartwright, was a homemaker.

Nadine Gordimer, the South African writer and activist who won the 1991 Nobel Prize in Literature, lived two streets away from the Cartwrights in Johannesburg.

“The penumbra of her fame fell on our small house, lower down the hill,” Mr. Cartwright wrote in The Telegraph in 2012.

He graduated from University of the Witwatersrand, Johannesburg, where he wrote lampoons for the student newspaper, and studied politics in England at Trinity College, Oxford. He built his expatriate life as an advertising copywriter and a director of documentaries, commercials, a bawdy sex film and political broadcasts for the Liberal Party.

But he did not like filmmaking and in the 1980s dedicated himself to writing literary fiction.

In addition to his son Serge, Mr. Cartwright is survived by his wife, Penny (Smalley) Cartwright; another son, Rufus; five grandchildren; and a brother, Tim.

Fiction — not the journalism of his father — long helped him understand the world.

“Historians and journalists always have agendas,” he told The Independent in 2013, “but if I want to find out what’s going on in South Africa, I read Nadine Gordimer or John Coetzee, because they offer novelistic truth.”