One hump or two? Just when you thought milk couldn’t get any more bonkers, along come pea, hemp… and camel!

Now we’ve all got used to the idea of splashing oat, almond or soya milk on our breakfast cereal, a new set of alternative milks arrives to confuse us. Potato milk, anyone? How about camel?

The market for alternative milks shows no sign of peaking. Leading brand Oatly estimates that almost a third of British households now buy a dairy-free ‘milk’, and figures out last month show the UK market for non-soya-based plant milks has risen by 130 per cent in five years.

Some new products have improved green credentials over established plant favourites such as soya and almond: soy production has led to vast areas of the Amazon rainforest being cleared, and it takes 6,000 litres of water to produce one litre of almond milk in drought-prone California (never mind the air miles to get it here). 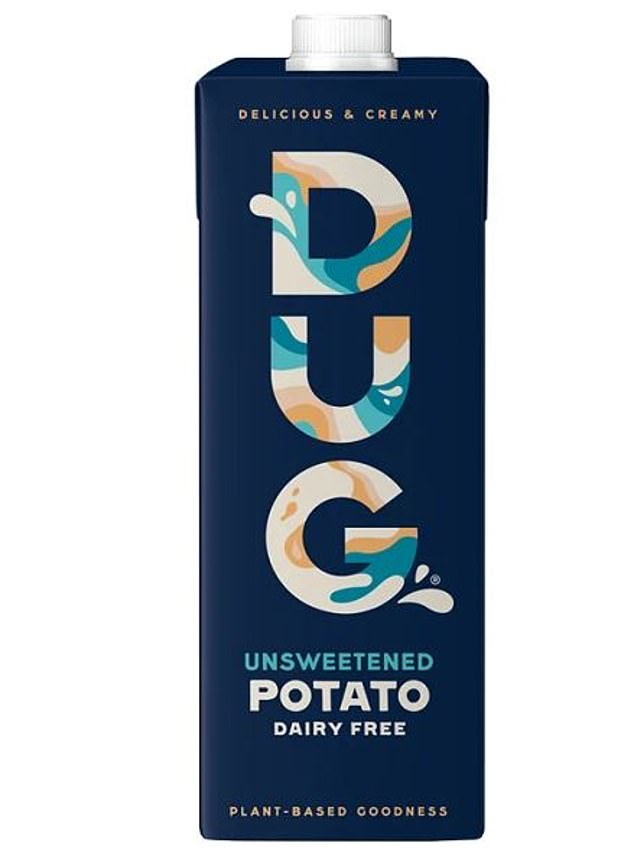 Potato milk requires 56 times less water than almond milk and uses half the land required for oat milk. And the carbon footprint of home-grown crops such as hemp is very low.

Mind you, Fiona Hunter, from nutrition consultancy Hunter Kellow, points out that cows’ milk is 7p per 100ml, while most plant milks are 20p per 100ml — almost three times the price.

And very few have all the vitamins and minerals of cows’ milk. ‘Cows’ milk is a nutritionally complete product,’ says dietitian Dr Sarah Schenker.

But if you want to try a new milk, which to choose? Here, we test some options…

The thought that you’re somehow drinking mashed potato is an odd one, but actually this is a patented emulsion of potatoes and rapeseed oil, says developer Professor Eva Tornberg, at Lund University in Sweden.

It has a creamy texture with no strong aftertaste, and the barista version made a creditable flat white.

Nutritionally it’s pretty sound, as potato protein is naturally nutritious, and it’s fortified with many vitamins and minerals naturally found in cows’ milk — but no iodine or potassium.

‘It has calcium, vitamin D, B12, the B vitamin riboflavin and folic acid — which is interesting, as cows’ milk is not a great source of folic acid. I would have liked to see iodine on the ingredients list, though,’ says Fiona Hunter. A big plus point for potato ‘milk’ is sustainability: the makers claim it has the lowest carbon footprint of any plant milk at 0.27kg of CO2 per litre (for dairy milk in the UK the figure is 1.25kg). 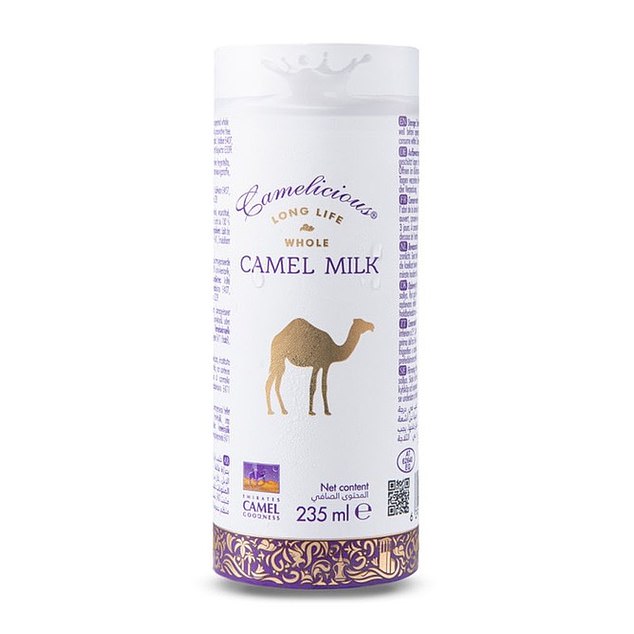 The thought of drinking camels’ milk made me feel squeamish, though desert nomads have been drinking it for centuries. Thankfully, it doesn’t smell or taste ‘camelly’: it’s intensely creamy with a very slight aftertaste.

It is lower in saturated fat than full-fat cows’ milk (1.7g vs 2.4g) and claims to contain more vitamin C, B vitamins, calcium, iron and potassium. It also has less lactose than cows’ milk, making it easier to digest (but as you can buy lactose-free cows’ milk it’s not really a strong selling point, says Fiona).

However, it contains stabilisers, emulsifiers and acidity regulators and has a fairly hefty carbon footprint, as it’s imported from Austria. But the biggest negative is the cost: £1.30 per 100ml (cows’ milk is 7p per 100ml). 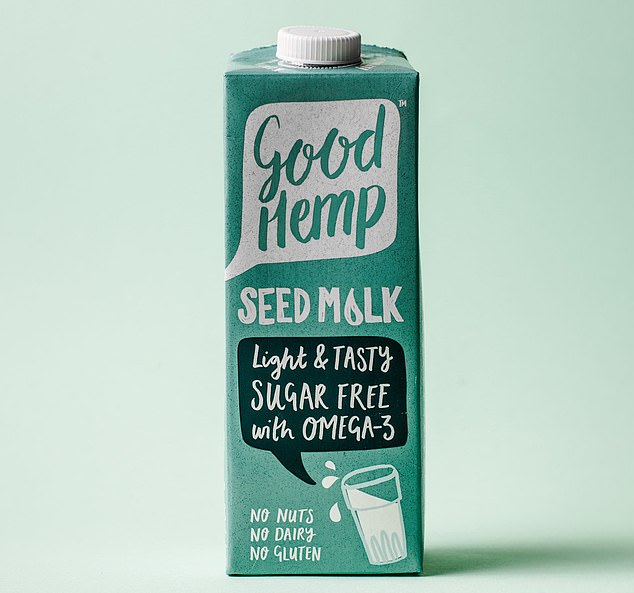 Rachel said Good Hemp Seed M*lk (pictured) has a strong vegetable taste, however it is a good source of omega-3 fatty acids

This is beautifully white and a good source of omega-3 fatty acids — helpful for vegans who don’t eat oily fish. It also has no added sugar, and isn’t sweet. However, it does have a strong vegetable taste. Best results were with muesli rather than in drinks.

There are no added vitamins, minerals or calcium and it’s very low in protein at 0.1g per 100ml.

‘You do get nutrients from the hemp seeds but they only make up 4 per cent of the ingredients,’ Dr Schenker points out. 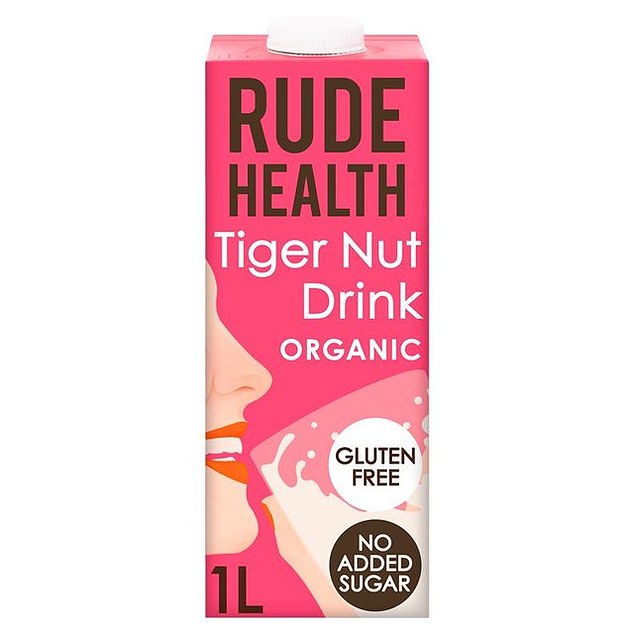 Rachel said Rude Health Tiger Nut Drink (pictured) has a pleasant sweetness, but it’s too creamy for tea and coffee for her taste

That tiger nuts grow underground may be why this ‘milk’ has slightly earthy undertones. It has a pleasant sweetness, although it’s too creamy for tea and coffee for my taste. There are only four ingredients (water, rice, tiger nuts, salt) so it isn’t fortified and isn’t a good match for cows’ milk if that’s your main source of calcium, says Dr Schenker, who adds: ‘Only 6 per cent of it is tiger nuts, so it’s more of a rice milk, really.’ 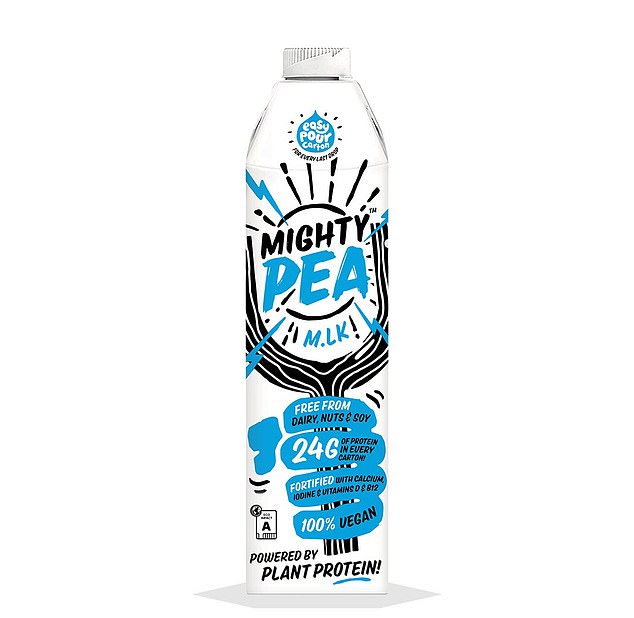 No, not the garden green variety, but yellow split peas. It has an alarmingly brown colour, like leftover milk after a bowl of Coco Pops. It’s creamy and almondy, with a lingering flavour of Werther’s Originals.

For me, it was too strong and sweet to pair with tea or coffee, although it was the only plant milk my teenage son would have on his Shreddies, and it was tasty with granola.

‘It is fortified with iodine, vitamin D, B12 and calcium, and has a good protein profile,’ says Fiona. It does have added sugar, though (2g per 100ml) in the form of grape juice concentrate.