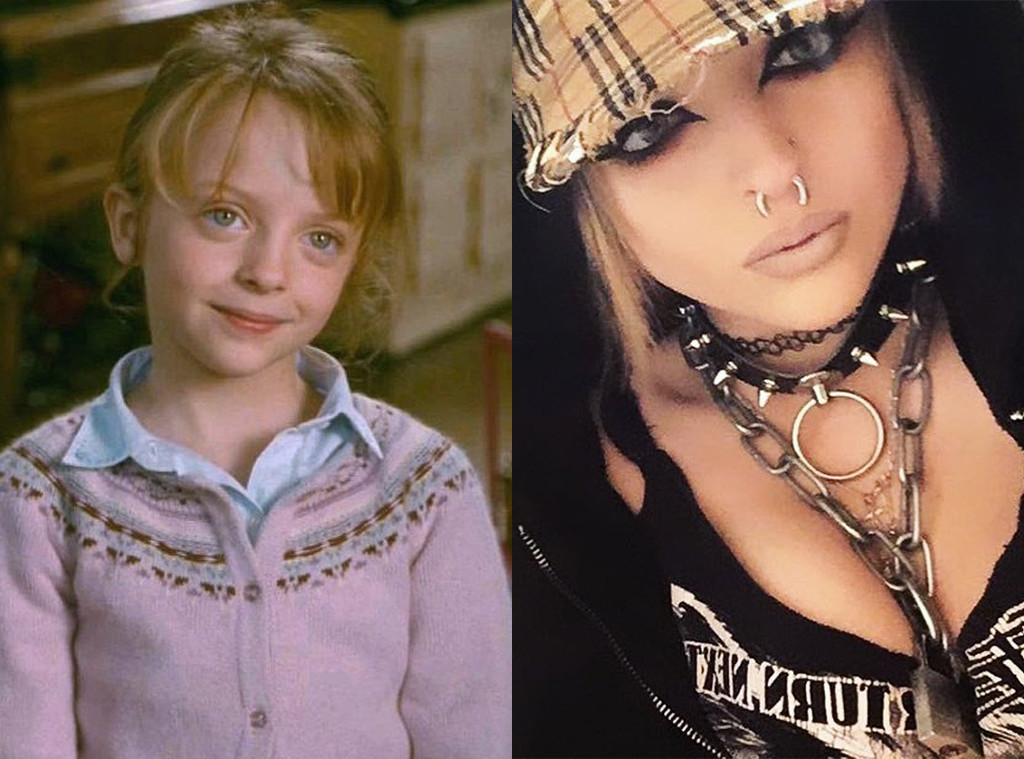 Those child actors grow up so fast…

Miffy Englefield, the British actress who played Sophie, one of Jude Law‘s character’s daughters, in the 2006 rom-com The Holiday, looks pretty different nowadays.

The now-19-year-old wears a septum nose ring and a labret, has tattoos and dark eyeliner and describes herself on Instagram as a “short, loud and mostly ridiculous. Hampshire based, pint sized punk rocker that can probably eat spicier food than you.” Whoa, wanna bet? But seriously, pretty cool.

Englefield, whose real first name is Rebecca, has showcased many cool “punk” looks on her page, which have included a fur coat, fishnet stockings, a Union Jack tank top, a spiked collar, a chain necklace and black platform boots,

Had the best time playing down at @ladyluckbar as always last Sunday. Reppin @jamietmusic as per. 🌼

Had the best time playing down at @ladyluckbar as always last Sunday. Reppin @jamietmusic as per. ?

After The Holiday, she had a recurring role on the medical drama Casualty between 2008 and 2010.