This post contains spoilers for A Million Little Things. Welp, A Million Little Things just blew fans’ hardcore theories out of the water with its reveal of Barbara Morgan’s story. While the show didn’t explain why she seems to go by different names, the Feb. 28 season finale finally detailed a complicated history between Barbara and Jon that no one could have anticipated. Jon and Barbara’s Morgan connection on A Million Little Things was way more intense and real than fans predicted, so here’s the breakdown of what happened.

When it came to the elusive Barbara Morgan (Drea de Matteo), fans always leaned toward the salacious and secretive when theorizing about who she was. Viewers wondered if Jon (Ron Livingston) led a double life with her and if he fathered Barbara’s child, while the information his family and friends uncovered about him throughout the season definitely suggested sketchy intentions. Given how bumpy Delilah (Stéphanie Szostak) and Jon’s marriage was before his death, the idea of him also being unfaithful wasn’t too far-fetched.

But in the finale "Goodbye," Gary (James Roday) realized that the woman who convinced Sophie (Lizzy Greene) to let her into the Dixons’ house was the same person he spoke to at the Nelsons’. Despite her initial reluctance, Delilah (Stéphanie Szostak) visited the Nelsons’ home, where Barbara/Emma pushed past her husband’s protests and invited her inside. As we learned when Barbara was spying on the family, she still feels tied to the Dixons because of Delilah’s pregnancy, obviously thinking that the baby was Jon’s. 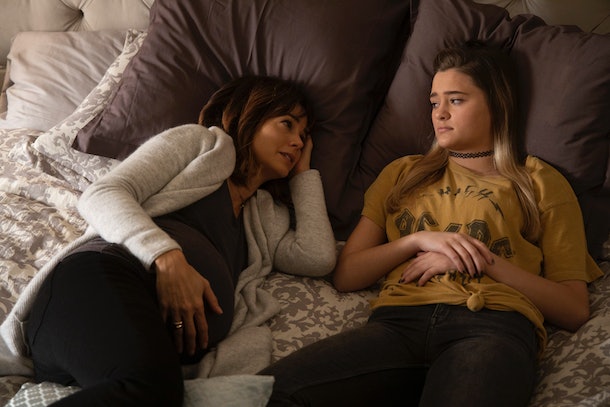 Delilah’s visit shed some light on why the pregnancy has kept Barbara so invested in the family. Barbara confessed that she dated Jon’s roommate Dave, who presumably lived at the beloved apartment with him. She was pregnant when Jon and Dave planned to fly from Boston to Los Angeles together, but after stopping to buy wine, Jon was too late to board the plane. It turned out that Dave was flying on American Airlines Flight 11, which was hijacked by al-Qaeda as part of the 9/11 terrorist attacks.

Plagued by survivor’s guilt, Jon met the expectant Barbara a few months later, and she explained that she had gotten engaged to a first responder who agreed to view Dave’s child as his own. Jon felt that she was moving on too quickly after Dave’s death, refusing to speak to her for the rest of his life. Meanwhile, Barbara and her husband Mitch raised their son without telling him the truth about his father.

In the following years, Jon strove to always "save" his friends because he couldn’t save Dave. He finally apologized for abandoning Barbara in his video message to her, confirming to the audience that a mix of his guilt and financial troubles contributed to his suicide. 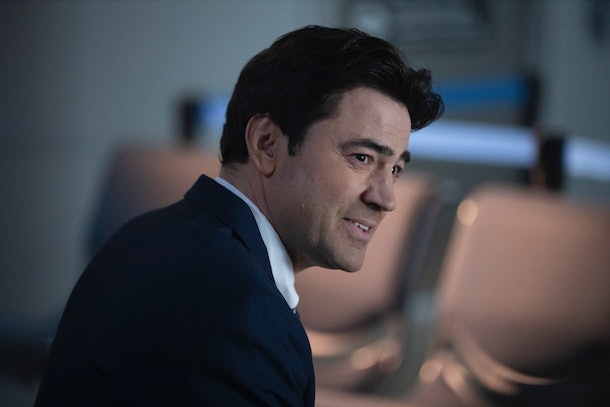 While Barbara’s past may be out in the open now, her present may unravel in Season 2. Her teenage son Patrick (Chandler Riggs) was revealed as PJ, the boy who read Rome’s (Romany Malco) script in the hospital and bonded with him. PJ discovered Jon’s final message for Barbara, essentially learning that Mitch wasn’t his real dad. Jon’s ambiguous tone throughout the video may have even led him to incorrectly suspect that he’s Jon’s son, but we’ll have to wait until next season to see how the teen deals with this news.

On the bright side, Jon apparently isn’t as malicious as earlier episodes suggested. With his loose ends seemingly tied, it’s time to start crafting theories about how the show will revisit his character in the future.

Season 2 of A Million Little Things is expected to premiere this fall on ABC.