SARAH VINE: John Bercow was a weasel in charge of the Commons chicken coop… He is a thoroughly unpleasant man who should never have been anywhere near the House in the first place

Fair to say there isn’t much that’s cheering about the news these days. But there is one event that has rather gladdened my heart this week. And that’s the long overdue comeuppance of John Bercow.

Yesterday’s report called him a ‘serial liar’, said he was ‘widely unreliable and dishonest in his evidence’ and that he had fought the allegations against him with ‘false accusations of collusion and advancing lies’. He was, they concluded, a ‘serial bully’.

I am not generally a vindictive person. I mostly try to find the good in people. But in Bercow, it is vanishingly rare. He is, I’m afraid, just a thoroughly unpleasant man who should never have been anywhere near the House of Commons in the first place.

That he clung on to the post of Speaker for more than a decade is one of the most depressing failures of modern political history, and very possibly a strong contributing factor to the general chaos and turmoil of recent years. 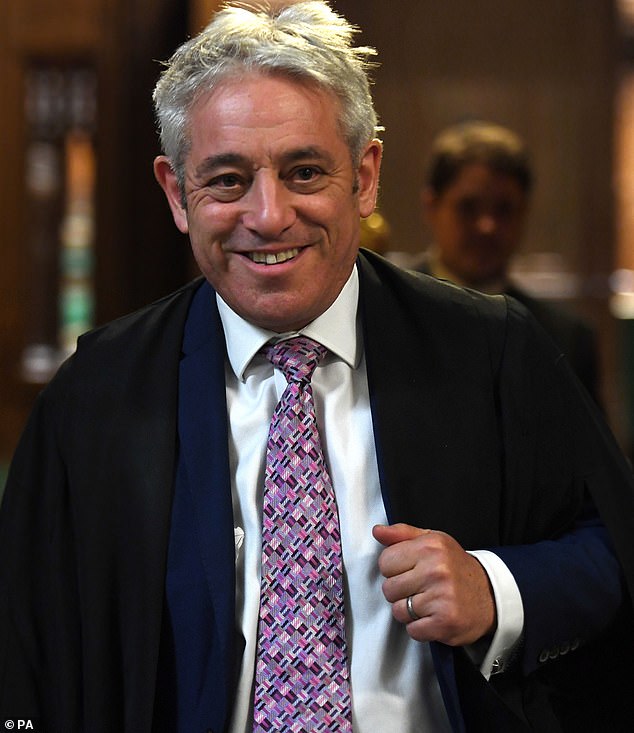 I am not generally a vindictive person. I mostly try to find the good in people. But in Bercow, it is vanishingly rare

It was like putting a weasel in charge of a chicken coop. And no, I don’t mean fox. Foxes have a certain debonair charm to them, a degree of intelligence and sophistication. A weasel is a much nastier piece of work, vicious when cornered and completely unprincipled.

Bercow’s response to the report is a classic demonstration.

Dismissing the exercise as a ‘travesty of justice’ and a ‘vengeful vendetta’ (a careless tautology for such a pedant), he then proceeded to trash the reputations and methods of all involved, branding the investigation a ‘protracted, amateurish and unjust process’, calling into question the expertise of the panel and trashing his accusers as ‘old-school dogmatists’ intent on ‘settling some ancient scores’.

‘To describe what I have experienced as a kangaroo court is grossly insulting to kangaroos,’ he fumed, with all the indignance of a man who has spent the past ten years presiding over his own kangaroo court and is now deeply affronted by the notion that he should be scrutinised by his own peers.

I should say that I am sorry, dear reader, if you feel I may be slightly pulling my punches. Full disclosure: Bercow has three very lovely children who attend the same school as mine, and I would not wish to foster any animosity in the playground.

That commonality never stopped him berating my ex, Michael Gove, in what even Michael’s sternest detractors considered an unduly harsh manner. At school functions he always behaved like a visiting dignitary, holding forth in his trademark pompous manner, as though we should all feel blessed to be graced with his presence.

It is in large part because of Bercow that the whole process of implementing the will of the British people became so protracted and so fraught. Pictured: Bercow and wife Sally in 2017 at Wimbledon

Right now, everything in this report rings absolutely true. Particularly the fact that the victims in this case were House of Commons staff, and not MPs.

This is an important distinction because if you’ve ever spent any time in or around the Commons, as I have, you will know that it is staffed by some of the most dedicated and long-suffering individuals on the planet. Men and women who are, in many respects, cut from the same cloth as those who work for the royals. They are invariably models of politeness, discretion and, very often, infinite patience.

The fact that Bercow saw fit to abuse them in the way that he did in some ways tells us everything we need to know about the kind of person he is. The kind who is unfailingly sycophantic and Uriah Heep-esque to those he regards as important personages — and utterly vile and dismissive to the ordinary people he feels are beneath him.

In other words, the sort of person who should never be awarded a position of power since he is almost guaranteed to abuse it — as he demonstrably did during his ten years as Speaker, most notably with his efforts to frustrate Brexit, in which he succeeded for a long time. 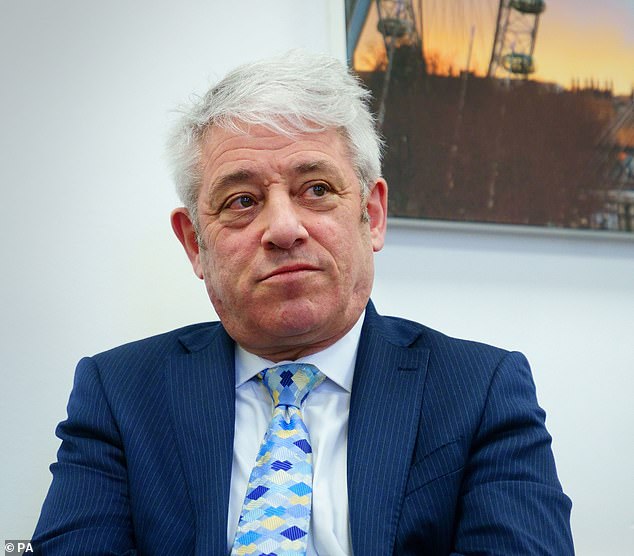 It is in large part because of Bercow that the whole process of implementing the will of the British people became so protracted and so fraught. And he was kept in place by the Remainers in Parliament, who turned a blind eye to his behaviour in exchange for his support.

They are also complicit in his reign of terror. But now, at last, the man is gone. He will rightly be remembered as one of the worst Speakers in the history of Parliament, and while he will not suffer any real sanctions — save being denied a parliamentary pass (personally I would have applied for a restraining order banning him from coming within a mile of the place) — the truth is finally out.

He is free now to spend the rest of his life flogging videos of himself shouting ‘Order Order’ or appearing on Italian chat shows like some desperate has-been diva; and the House of Commons is finally free of someone who should never have been allowed to sully the green benches with his toxic presence in the first place.

The tragedy of Shane Warne is that, despite all his success, he still felt compelled to subject himself to a two-week liquid diet to achieve a physique that, aged 52, was probably not realistic.

We tend to think it’s only women who put themselves through hell for the perfect Instagram shot.

His untimely death is a sombre reminder that men feel these pressures, too. 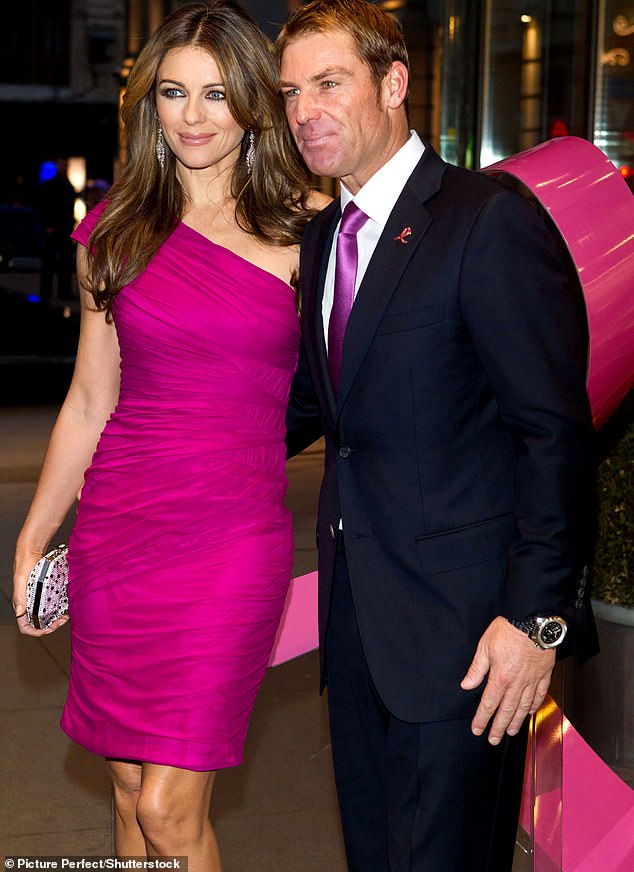 The tragedy of Shane Warne is that, despite all his success, he still felt compelled to subject himself to a two-week liquid diet to achieve a physique that, aged 52, was probably not realistic

Was there ever a woman as reviled as Hitler’s mistress Eva Braun? Step forward former Olympic gymnast Alina Kabaeva, aka ‘Russia’s most flexible woman’. Putin’s alleged lover — said to be hiding with their four children in Switzerland — must be so proud. Such a tough guy!

Hugh Grant has told Nigel Farage to ‘go f*** yourself’ in response to his new campaign for a Net Zero referendum.

How noble of the actor to lend his support to saving the world. Not sure what happened to the full-throated Ferrari he was driving recently — but if he needs someone to take it off his hands, I’m more than happy to help.

Hope amid the horror

I don’t know what it is about that Ukrainian couple who got married at a military checkpoint in Kyiv, but their story touched me. Perhaps it’s the sight of joy amid the horror; perhaps it’s the flowering of love in a barren landscape.

Mainly, though, I think it’s a reminder to us all to seize the day — because you never know what tomorrow may bring. 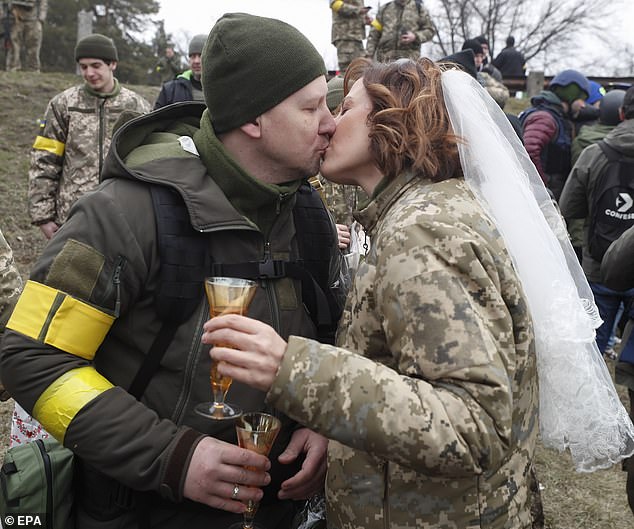 I don’t know what it is about that Ukrainian couple who got married at a military checkpoint in Kyiv, but their story touched me

Who does Caprice think she is kidding when she claims she’s making a stand against the war in Ukraine by posting naked pictures of herself online?

All she’s doing is taking advantage of the massacre of innocent civilians to boost her profile on social media. In my book, that’s called profiteering — and it’s grotesque. 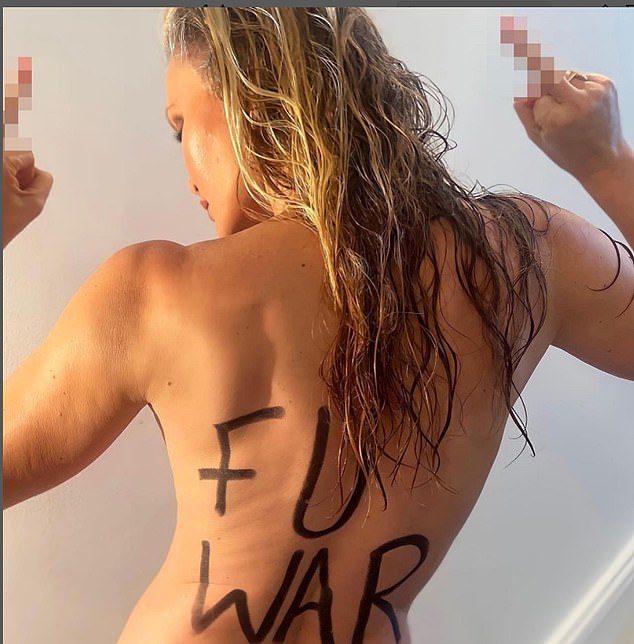 Who does Caprice think she is kidding when she claims she’s making a stand against the war in Ukraine by posting naked pictures of herself online?

Why the fuss about Prince Harry’s decision to spend last Saturday at a rodeo in Fort Worth, Texas? Sure, his wife has made her animal welfare credentials plain, but as these two have shown time and again with their stance on climate change versus their fondness for private jets, not to mention their insistence on wanting nothing to do with the Royal Family while trading on their titles, hypocrisy is not something that seems to trouble either of them.

Scientists have used artificial intelligence to translate pig grunts into emotions for the first time, raising the prospect of humans being able to communicate with swine. I wonder if, while they’re at it, the boffins could do the same for teenagers?

Do you have a healthy hound?

Studying your dog’s health can help us age better, say scientists in Washington. Apparently, that’s because dogs and humans not only succumb to several of the same diseases, we also co-exist closely and therefore share the same environments and even habits.

Clever idea. Although I have not, as far as I can remember, ever tried to mount a stranger in the park, relieved myself on my friend’s new curtains or rolled in fox mess. Still, I suppose there’s always a first time.

Pork pies and other traditional foods such as black pudding, jellied eels and even the good old ploughman’s lunch are in danger of dying out because Gen Z don’t eat them, preferring ‘healthy’ foods such as sushi and sashimi.

I think this might explain why they’re all so broke.