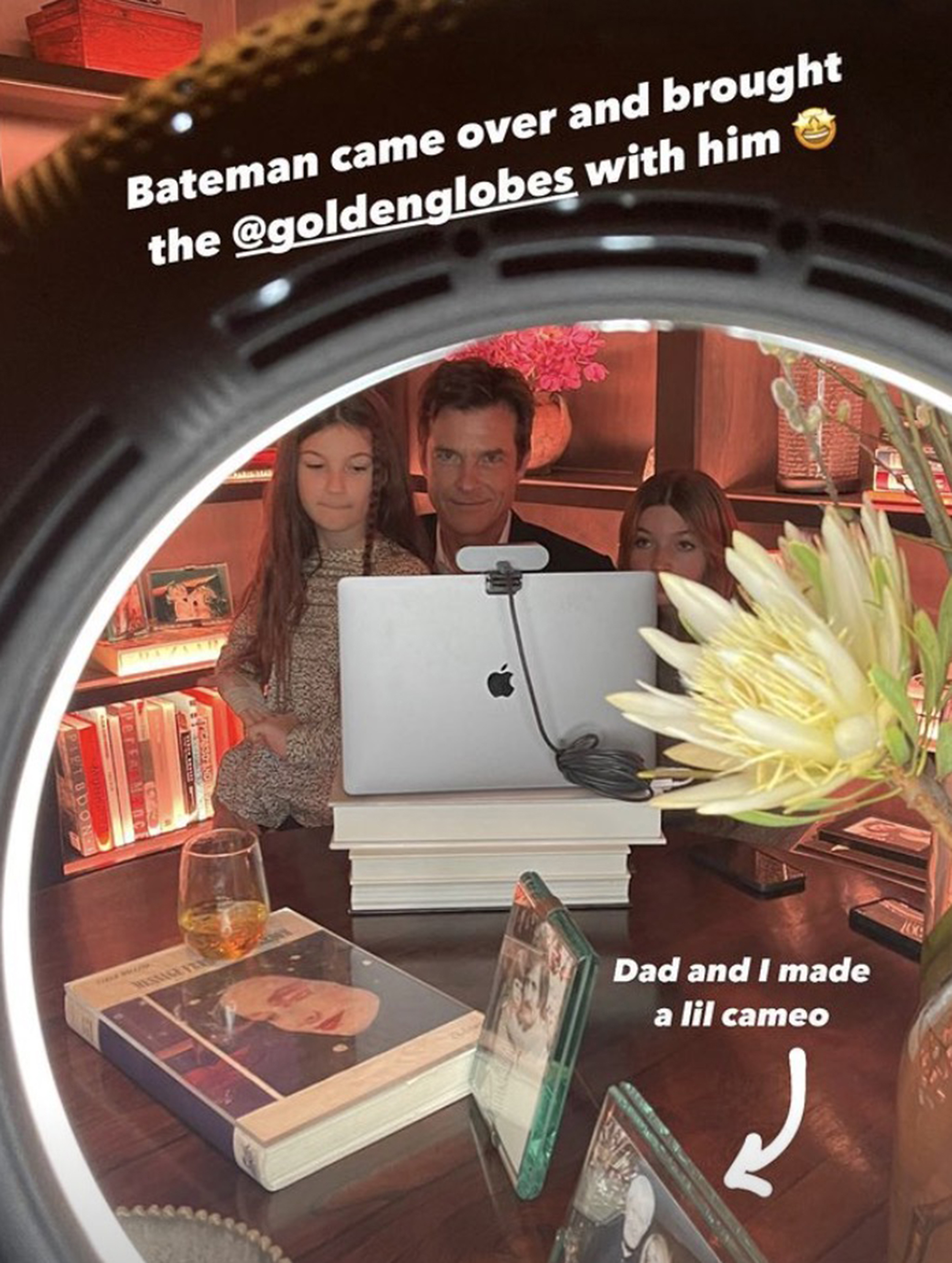 That’s what friends are for.

“Bateman came over and brought the @goldenglobes with him,” Aniston posted to her story, which featured the 52-year-old “Ozark” star sitting with daughters Francesca, 14, and Maple, 9, whom he shares with wife Amanda Anka. 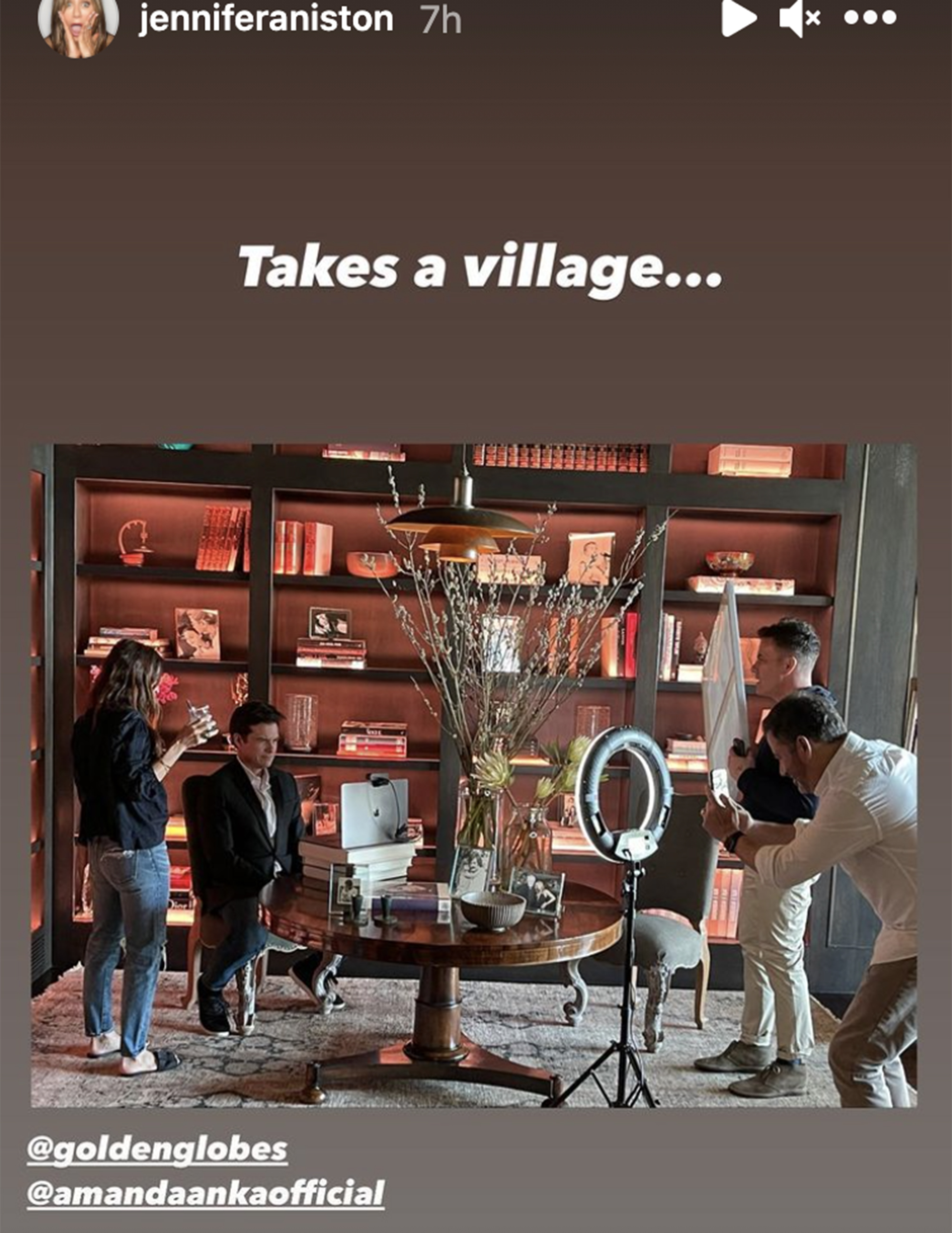 “Dad and I made a lil cameo,” Aniston also quipped of a photograph near Bateman’s set-up.

In a separate clip, Bateman — who was nominated for Best Actor in a TV Series, Drama, for his turn as Martin “Marty” Byrde on “Ozark” — was also seen sitting behind a laptop as Aniston’s artwork helped behind-the-scenes.

“Takes a village…” she added of another shot. 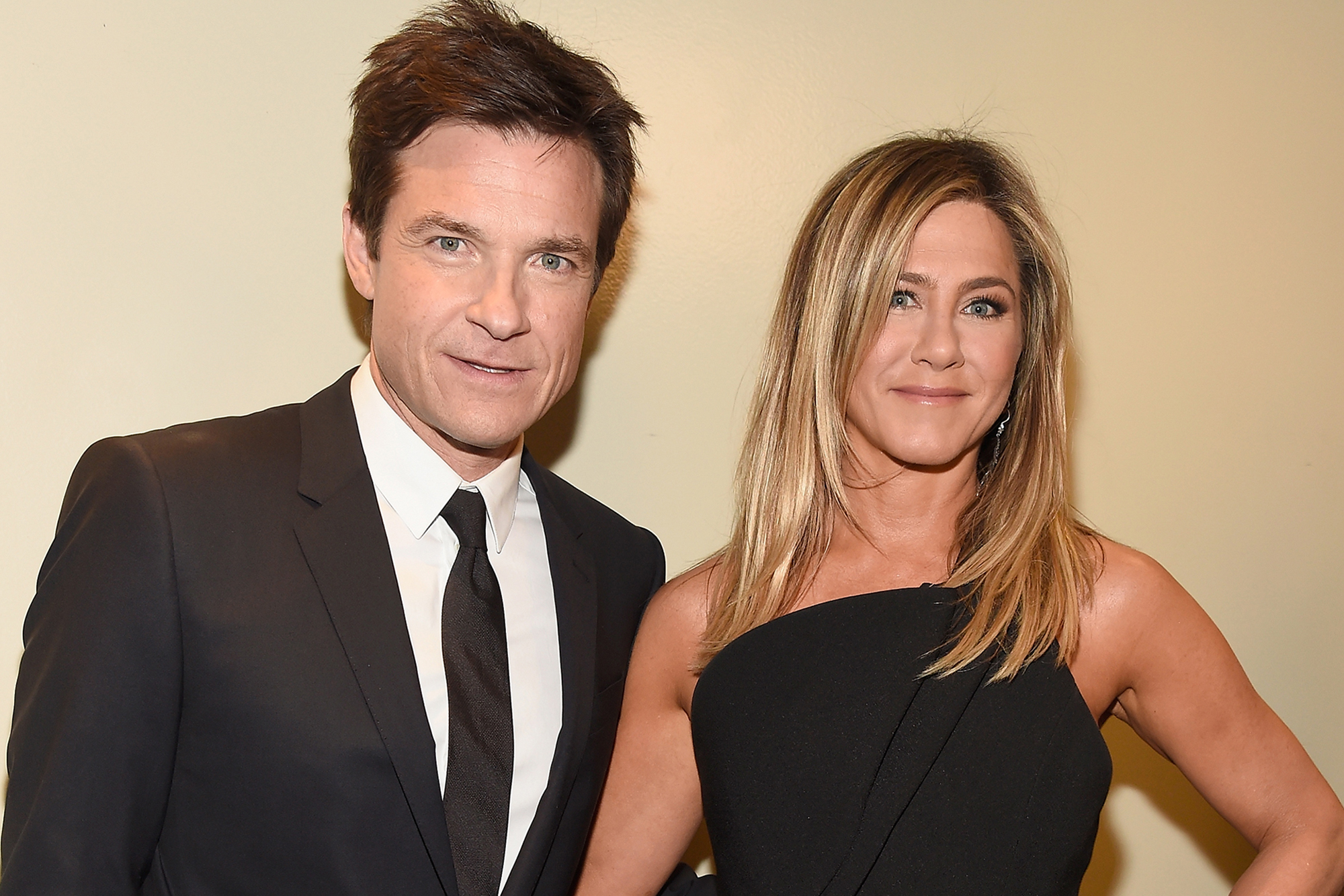 Longtime friends, Aniston and Bateman have appeared in several projects together over the years, including the comedies “The Switch” and “Horrible Bosses.”