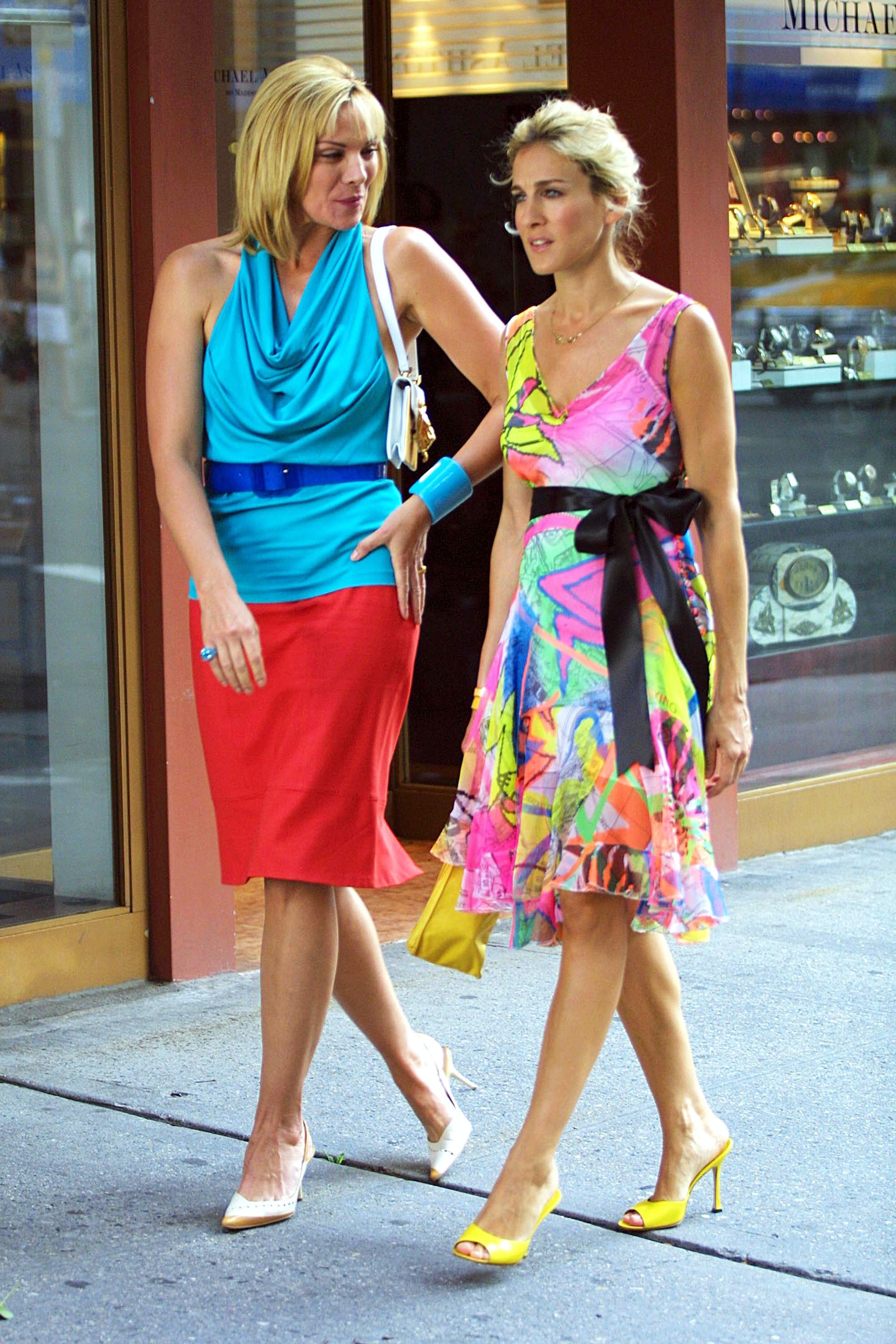 “In the words of Oscar Wilde, life imitates art.” That’s what an unnamed And Just Like That… insider reportedly told Daily Mail about how the show will explain Kim Cattrall’s absence from the show. According to their source, instead of killing off beloved sexpot Samantha, the writers are leaving things open-ended by saying she and Carrie Bradshaw had a falling out. Hmmm, wonder where they got the inspiration for that storyline?

“Viewers will learn that Samantha and Carrie have fallen out over Carrie firing Samantha as her publicist and that they no longer talk,” the insider said. “This effectively ends their personal relationship.” The story between Samantha and Carrie will reportedly be covered early on in the season, but Samantha will not be forgotten. Apparently, Carrie “misses her friend” throughout the first season, leaving the opportunity for reconciliation in season two.

While HBO hasn’t officially announced a season two for the series, the insider said it’s all but guaranteed. “This isn’t a one-off, this will be a series,” they claimed.

As for if Cattrall wants to come back, it’s unclear. She did say she was “empowered” in her decision to not do a third Sex and the City movie back in 2017, a choice which reportedly left Parker “heartbroken.” Later that same year, Cattrall accused Parker of exploiting Cattrall’s brother’s death in order to “restore [her] ‘nice girl’ persona.” Since AJLT started filming in 2021, Cattrall has seemed content to be left out of the sequel, but who knows what the future holds for Carrie and Samantha.

Of course, there’s always the possibility that this is a bit of manufactured gossip to drum up a bit of buzz and keep Samantha’s diehard fans invested in the Samantha-less revival. Whatever the case, we may not know for some time. The insider adds that it may be a while before another season comes together due to Parker’s schedule. She’s pulling double duty right now while also filming Hocus Pocus 2, and will spend the early part of 2022 on Broadway starring opposite husband Matthew Broderick in Neil Simon’s Plaza Suite.