Standing her ground. Ireland Baldwin defended her decision to get plastic surgery, explaining that she strives to always be “open and transparent” with her followers.

Celebrities Who Admitted They Got Plastic Surgery

“Y’all are such a riot. Let’s have a little talk,” the model, 26, said in a TikTok video posted on Wednesday, April 13, wearing bandages from her recent FaceTite procedure. “Either you’re going to get mad at people, who aren’t open and transparent about the work they’ve had done to themselves. Or, you’re going to get mad at people for getting work done to themselves. You don’t have both.”

Baldwin revealed on Saturday, April 9, that she had undergone the procedure by posting matching pictures with her cousin Alaia Baldwin Aronow via Instagram. “Cousins who FaceTite together, stay together,” the pair wrote alongside a selfie that showed them both with their chins wrapped in bandages and sunglasses on their eyes.

Describing it as an “hour-long, in-office procedure,” Baldwin explained on Wednesday that she decided to get FaceTite in order to get rid of a “stubborn pocket of fat and extra skin” on her face that was making her insecure. “As I’ve gained weight and as I’ve aged, it hasn’t gone away at all. It’s only become worse and worse,” the California native explained, adding that she first tried diet and exercise to eliminate it before choosing to undergo surgery. “I tried to find the most age appropriate and minimally invasive option.”

She continued: “I’m 26. I’m not underage. I’m a consenting adult who made this choice and I couldn’t be happier.” 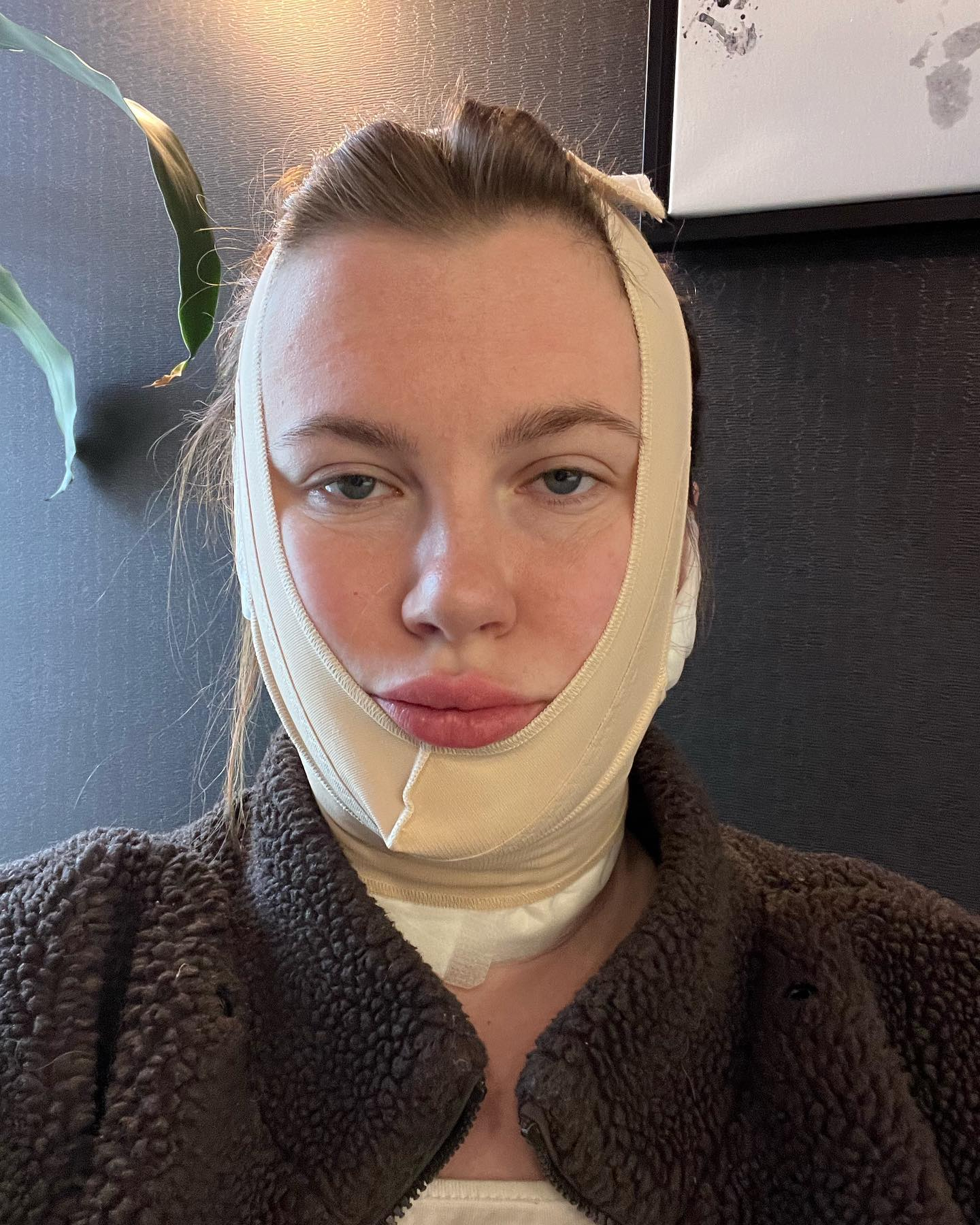 Baldwin went on to explain that while it’s “not anyone’s business” what she chooses to do with her body, she wants to be honest with her followers, many of whom are younger than her. “I choose to be as open and transparent about these kind of things because I don’t want to be misleading,” she said. “I never use filters on here. I’ve had no other modifications done to my body or my face. … This is something that really, really bothered me my whole life and I decided to do something about it.”

She concluded: “Would you rather I got this done and lied to you all about it or can we just have a little fun here and stay out of other people’s business?”

Baldwin, the daughter of Alec Baldwin and Kim Basinger, has frequently been open about her relationship with her body, revealing in August 2018 that she previously suffered from anorexia. “I battled with many eating disorders and body issues as a younger girl and it took me a long time to find self love and acceptance!” she wrote via Instagram at the time. “Trust me, all of that pain and destruction I inflicted on myself wasn’t worth it. Turning down so. Many. Sides. Of. Fries. Wasn’t worth it!”

One year earlier, the Sports Illustrated Swimsuit model explained that she was confident in her skin. “I am not going to be body-shamed for being pale or not stick thin,” Baldwin wrote via Instagram in June 2017. “I’m not going to spend hours Photoshopping my authenticity away. I’m not going to beat myself up for not looking like someone else.”