Australian women will need to keep visiting a GP to renew their prescriptions for the contraceptive pill after the regulator rejected a proposal to allow pharmacists to sell it over-the-counter.

Doctors have welcomed the Therapeutic Goods Administration’s interim decision, published on Monday, which will force women to continue to devote a GP visit each year to discussing their contraception options. 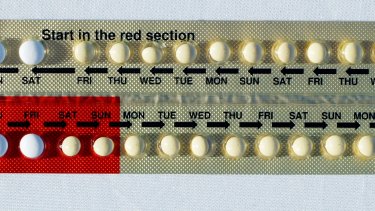 The TGA has rejected a pharmacist push to sell the contraceptive pill without a prescription.Credit:Fiona-Lee Quimby

Natalie Willis, who chairs the Pharmacy Guild’s policy and regulation committee, said it was “insulting and ridiculous” to require a doctor to sign off on continued access to “a very simple prescription”.

“It’s affecting women and their ability to have affordable access to contraception, not to mention the taxpayer costs of funding the consultation under Medicare,” Ms Willis said. “It just adds an extra layer of bureaucracy.”

The powerful guild has been lobbying for years to get rid of the requirement for a prescription to access the pill, in a campaign strongly opposed by the Australian Medical Association.

AMA President Dr Omar Khorshid said the guild’s proposal, if accepted by the TGA, would compromise patient safety and quality of care.

“This interim decision gives us confidence women’s health is being taken seriously with the continuation of appropriate medical settings for consultations and prescribing,” Dr Khorshid said.

“Retail pharmacies are not appropriate private clinical settings for anyone to monitor and manage their contraceptive health, or to discuss details of sexual health and medical history.”

GPs can prescribe four months’ worth of the oral contraceptive pill, with three repeats.

The TGA’s scheduling delegate said in a written decision the use of oral contraceptive pills “can cause significant adverse effects”, such as weight gain, emotional anxiety, heavy bleeding and thromboembolism, “particularly with increasing age”.

The pill could worsen cardiovascular risks in women aged over 35, along with those who were obese, smoked cigarettes, had uncontrolled hypertension, migraines or diabetes, making it inappropriate to be sold over-the-counter, the decision said.

“I am of the view that the adverse effects of oral contraceptive substances, and the potential for evolving risks over time, are significant and require management by a medical practitioner.”

The TGA rejected the argument that making the pill available over-the-counter was needed to improve access to contraception in regional and remote areas, saying that telehealth and emergency supply arrangements were in place to address this.

Pharmacists can already dispense an emergency four-month supply of the contraceptive pill once a year.

“The complexity of the risk factors, adverse effects and interactions necessitates regular medical reviews with a GP, even after the initial establishment of treatment,” the TGA delegate said.

“The proposed changes would introduce new risks which outweigh the potential benefits.”

GP visits allowed women “to review the most appropriate form of contraception for them from a full range of options,” the decision said.

“By moving conversations about contraception to pharmacies, I am concerned that the proposals would impede women from accessing the most appropriate form of contraception for their circumstances and individual risk factors.”