Growing up in Blackpool in the 1980s, you could practically hear the arguments going on down our street.

They started around 7pm every Friday night as young women appeared in the kitchen in skirts that looked like belts and tops that barely concealed their modesty.

‘You’re not going out looking like that,’ screeched their mums. ‘You’ll freeze to death. Put a coat on!’

Blackpool might be fun in summer, but the winters can be bitterly cold as the wind and rain whip in off the Irish Sea.

Our mums wouldn’t budge, so we’d put on a coat, scowling — only to hide it in a neighbour’s hedge and collect it after a taxi had dropped us off at 2.30am.

Rachel Rounds (pictured) reflected on her nights out in Blackpool throughout the 1980s, following research on why scantily clad revellers don’t feel chilly

It was no different for Scousers or Geordie girls, who are still renowned for never wearing coats or tights even in the middle of December.

Putting a coat on would have ruined all those hours we’d spent in the bathroom with the gloopy fake tan. Plus no one could see our rah-rah skirts under a Parka.

In any case, what our mums failed to understand, no matter how much we argued, was that we Northern girls just never felt the cold.

Now science has proved it. A study in the British Journal of Social Psychology — titled When Looking ‘Hot’ Means Not Feeling Cold: Evidence That Self-objectification Inhibits Feelings Of Being Cold — claims to have worked out why scantily clad revellers don’t feel chilly.

Roxanne Felig, one of the report’s co-authors, explained that the team of researchers wanted to test the lyrics of American rapper Cardi B, who wrote in reference to attractive, promiscuous women: ‘It’s cold outside, but I’m still looking like a thotty because a hoe never gets cold.’

According to Roxanne: ‘It seemed like what Cardi B was saying was that she was too focused on how she looked and what she was wearing to feel cold. We wanted to test that scientifically and so we did. And it’s true.’

The team used ‘objectification theory’, the idea that when a person is ‘highly focused on how they appear externally’, internal issues such as hunger and cold get ignored. If we are mostly concentrating on how hot we look, we have fewer ‘cognitive resources’ to devote to how we feel. 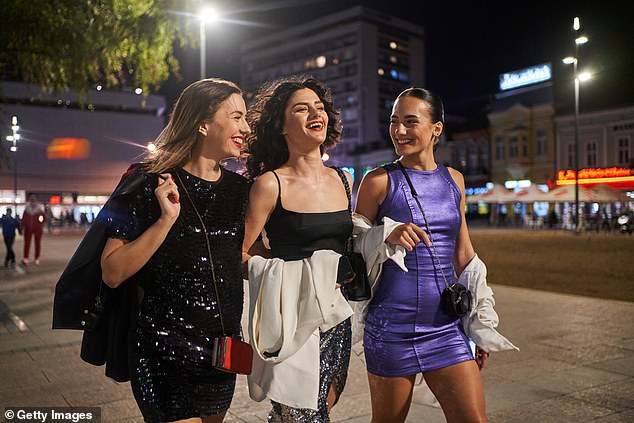 The team talked to women in Florida, over five nights, who were standing outside nightclubs in temperatures ranging from 4c to 10c. They asked the women how cold they felt, how much they’d had to drink, and more detailed questions that measured the ‘extent to which a woman thinks about how her body looks rather than how it feels’. After crunching the numbers, the study concluded: ‘There was no relationship between the amount of skin exposure a participant had and the amount of cold they felt.’

So, victory! A coat wouldn’t have made any difference to them anyway.

Take that, Northern mums. Now in those same kitchens, young women can shove the study under their parents’ noses — though Roxanne admits she might have got different results somewhere significantly colder than Florida.

Forget that caveat, however, for I can categorically tell her, from experience, she would find the same thing in Blackpool or Newcastle in the middle of winter.

In my day, it was not just because we knew we were looking ‘hot’ — if you can call bouffant hair and blue mascara ‘sexy’ — that we failed to shiver as the thermometer fell. There were more practical reasons too. 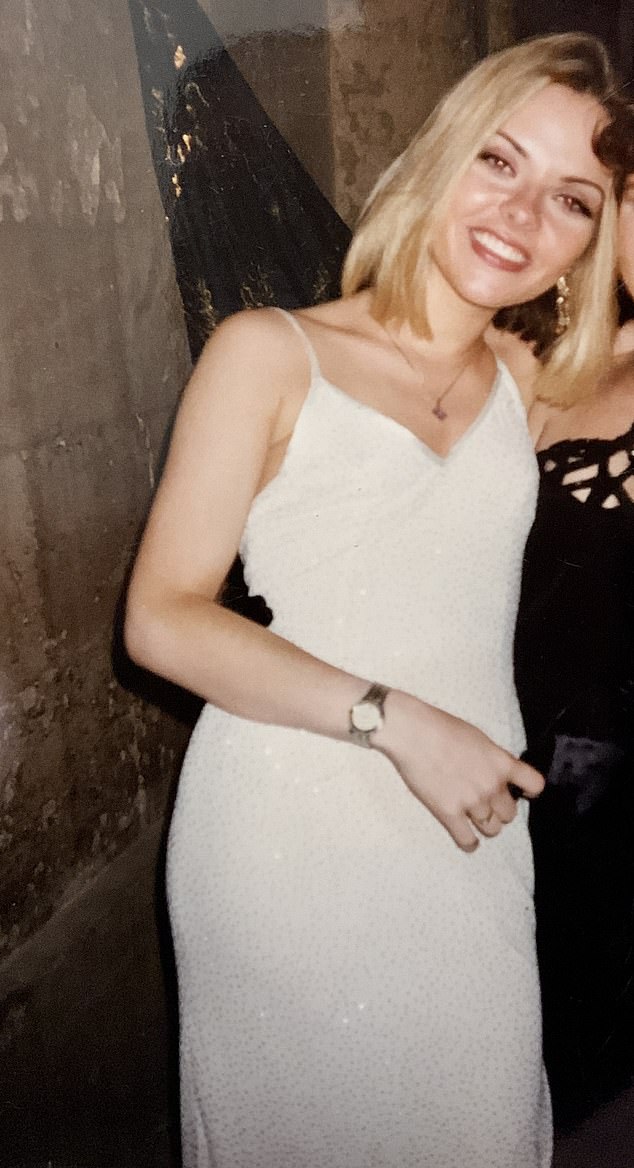 Rachel (pictured) said in the 1980s, nobody ever wore tights on a night out — except to go somewhere ‘posh’ that involved food and sitting down

After the obligatory ‘slow dance’, I once got asked by a bloke if I fancied going for a kebab. This was Northern- speak for ‘fancy a snog?’.

I agreed but it happened to be a rare occasion when I had my coat with me (Mum had checked), which meant joining the agonisingly slow-moving cloakroom queue to collect it.

By the time I retrieved my coat, the bloke had clearly got fed up with waiting and left — presumably to ‘go for a kebab’ with some other girl.

When it came to tights, there were strict rules. Nobody ever wore them on a night out — except to go somewhere ‘posh’ that involved food and sitting down, and even then they weren’t for warmth but a pair of sheer black 10 denier.

Only Princess Diana wore flesh-coloured tights. For some reason, the gusset always ended up around your thighs and although ladders weren’t as obvious, they just screamed ‘loser’. I still can’t bring myself to wear them today.

Roxanne’s study also argues: ‘From corsets to shapewear, from foot-binding to stilettos, standards for women’s appearance have prioritised beauty over comfort. Far from protesting these painful fashion trends, women themselves are often their most vehement supporters.’ 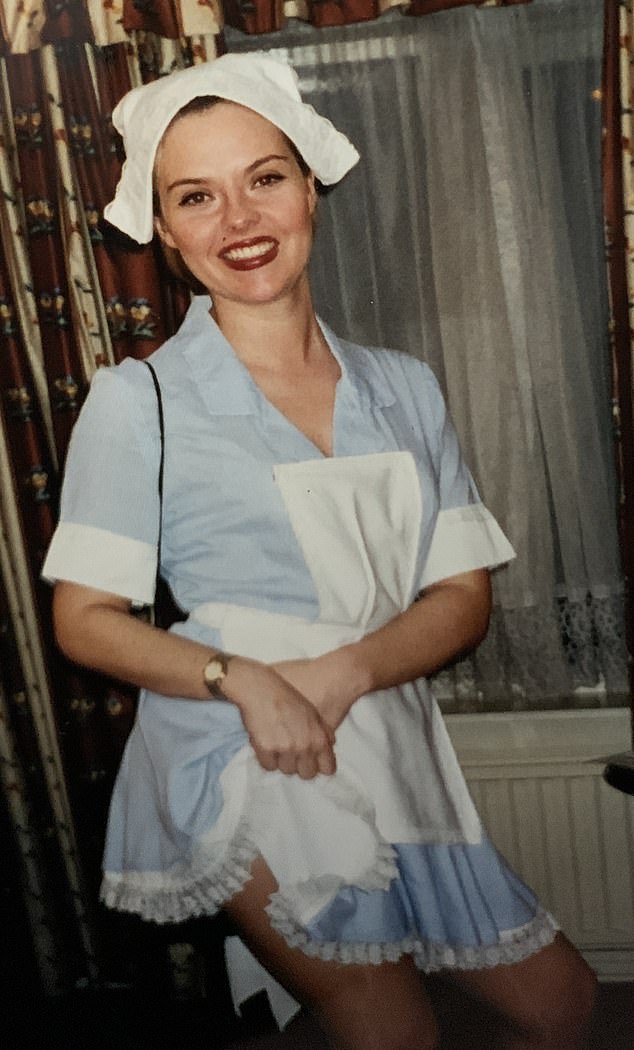 Rachel (pictured), who is now 50, said she still salutes every young woman tottering along on sky-high heels without tights or a coat

Again, any self-respecting young woman from Barnsley or Blackpool could have told her that. We loved our stilettos (I still do). And remember body-shaper garments, sold as the answer to women’s problems with ‘unsightly bulges’?

They pulled in your stomach and squashed into the tops of your thighs and sometimes the ever-tightening pain around your waist made it difficult to breathe, but who cared when we all looked so, well, shapely?

At the age of 50, my Friday nights are now spent in my pyjamas, binge-watching Netflix, rather than clubbing. But I still salute every young woman tottering along on sky-high heels without tights or a coat. It is a rite of passage, and some of my fondest memories involve those nights.

There’s an old sexist chat-up line: ‘Get your coat on, love, you’ve pulled.’ Now young women have the scientific evidence to respond that, no actually, they can’t put their coat on because they don’t feel the need. And besides, with a chat-up line like that, he’s the one heading straight to the deep freeze.