FOX Business’ Kristina Partsinevelos on the new trend of buying fully furnished apartments and homes during the coronavirus pandemic.

Three months after IKEA announced it was doing away with its iconic paper catalog, the Swedish furniture company has moved its categorized product listicles into a creative audio format.

The new digital offering is called the “IKEA Audio Catalog,” and it has recently made its debut on the IKEA website, Spotify, Audiobooks.com and YouTube.

IKEA TURNS THE PAGE ON CATALOG AFTER SEVEN DECADES

IKEA’s debut audio catalog is a 14-part narration that describes the company’s 2021 catalog, which is made up of 288 pages, according to its digital version.

Shoppers who listen to the audio catalog are guided by a cheerful narrator, but there are no photographs to accompany the descriptions – not even in its YouTube video playlist. However, the videos do feature animated sketches and chapter titles.

Although photos of the IKEA furniture can’t be seen through this audio catalog, the narrator describes the catalog images in detail, including background information, the set scene, arranged furniture items and its prices. Corresponding photo captions and furniture assembly notes are also read aloud.

According to the audio catalog’s narrator, the 3 hour and 41-minute auditory experience was recorded in September 2020 and is meant to provide relaxation for multitasking listeners.

“The IKEA U.S. Audio Catalog is filled with many tips for living a better life at home,” an Ikea U.S. spokesperson told FOX Business via email. “Inter IKEA Systems B.V., the worldwide IKEA franchisor, took the emotional but rational decision to discontinue the IKEA Catalog last December, but here in the U.S., we just couldn’t say goodbye without one final hurrah. We honor and celebrate the fantastic history of the IKEA Catalog and look forward to creating new ways to reach the many people in the future.” 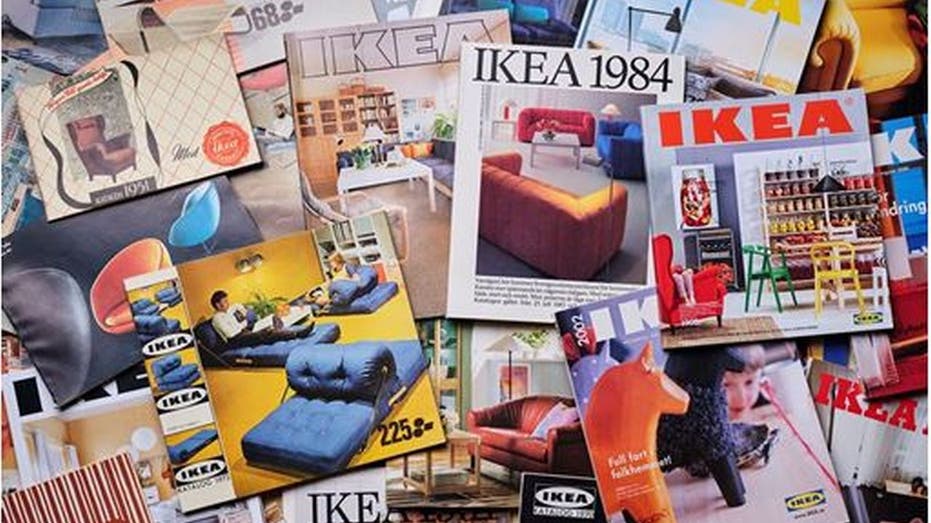 IKEA announced it was doing away with its iconic paper catalog in December 2020. (IKEA U.S.)

For customers who aren’t quite ready to let go of the visuals IKEA catalogs traditionally provide, the furniture company has published its 2021 catalog online.

Unlike its paper-based predecessor, the digital catalog is shoppable with an interactive cart and links to the highlighted furniture options.

In November, Reuters reported IKEA franchisors prepared for the pandemic’s second wave of COVID-19 but saw falls in 2020 operating profits up to 29%.