Probiotics have gotten a lot of hype in recent years as science discovers more about the role our gut biome plays in keeping us healthy. But if you’ve taken to consuming more probiotics if you’re down with a stomach bug, you might want to rethink that remedy, according to The New York Times. It’s not that it’s harmful; it’s just probably not doing anything for you at all, a new study says.

Taking probiotics in pills, yogurts, powders, and other forms, says The New York Times, is a well-known remedy for treating gastroenteritis, or inflammation of the stomach and intestines caused by either a virus or bacteria — aka, that stomach bug that’s making you feel like total crap. But a new study published in the New England Journal of Medicine has found that taking probiotics won’t help you get better faster. 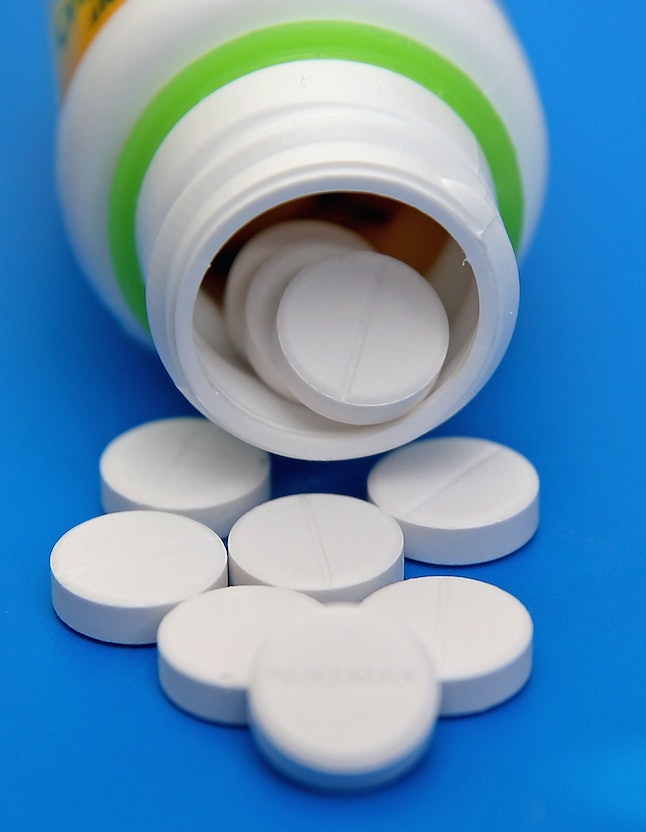 "We have shown in two very large and rigorous studies that these particular probiotics do not work. They had no effect," David Schnadower, a professor of pediatrics at Cincinnati Children’s Hospital Medical Center, told NPR.

So if you can’t take probiotics to treat a stomach bug, what are your other options? Well, if your gastroenteritis is caused by a virus, there aren’t really any specific medical treatments, says Mayo Clinic. Give your tummy a rest by not eating solid food for a few hours, says Mayo Clinic, and try sucking on ice cubs or taking small sips of water. If your stomach can handle it, Mayo Clinic suggests drinking clear soda, clear broths, or noncaffeinated sports drinks so you stay hydrated. And make sure you get plenty of rest, says Mayo Clinic. 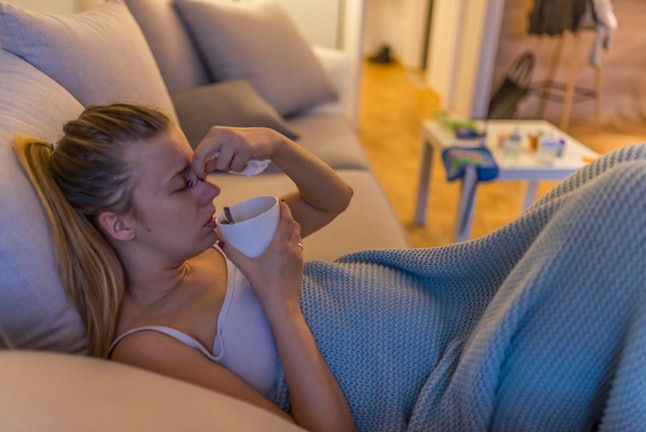 You can still keep consuming your probiotics if you feel you’re benefitting from them. Just know that they’re probably not helping you get better any faster if you’ve come down with an icky stomach bug.