I’d managed to prematurely escape a tailgate I’d been invited to by some new friends under the guise of it being an essential part of the American experience.

A tailgate, for the uninitiated, is when university students (or nostalgic alumni) gather in the car park outside a football stadium when a game is going on, pounding vodka oranges and making small talk with people they were never actually friends with in college, in a bid to steal hamburgers from their grill.

Occasionally, if the attendees got drunk enough, they would stumble into the stadium and catch a play or two.

I’d been drinking since 7:30am and had hit my limit, so I jumped on a train back to the city. It was a five-hour journey and I was bored, still buzzing from the innumerable White Claws I had consumed.

I opened Hinge and revived an old conversation with a guy I’d matched with in New York while I was on holiday in Japan. We had been unable to sustain small talk during the three weeks I was away, but now I was back, I shot him a message.

‘Free for a drink tonight? At around 1am?’

To my surprise (it was a Saturday night in New York, after all), he agreed. 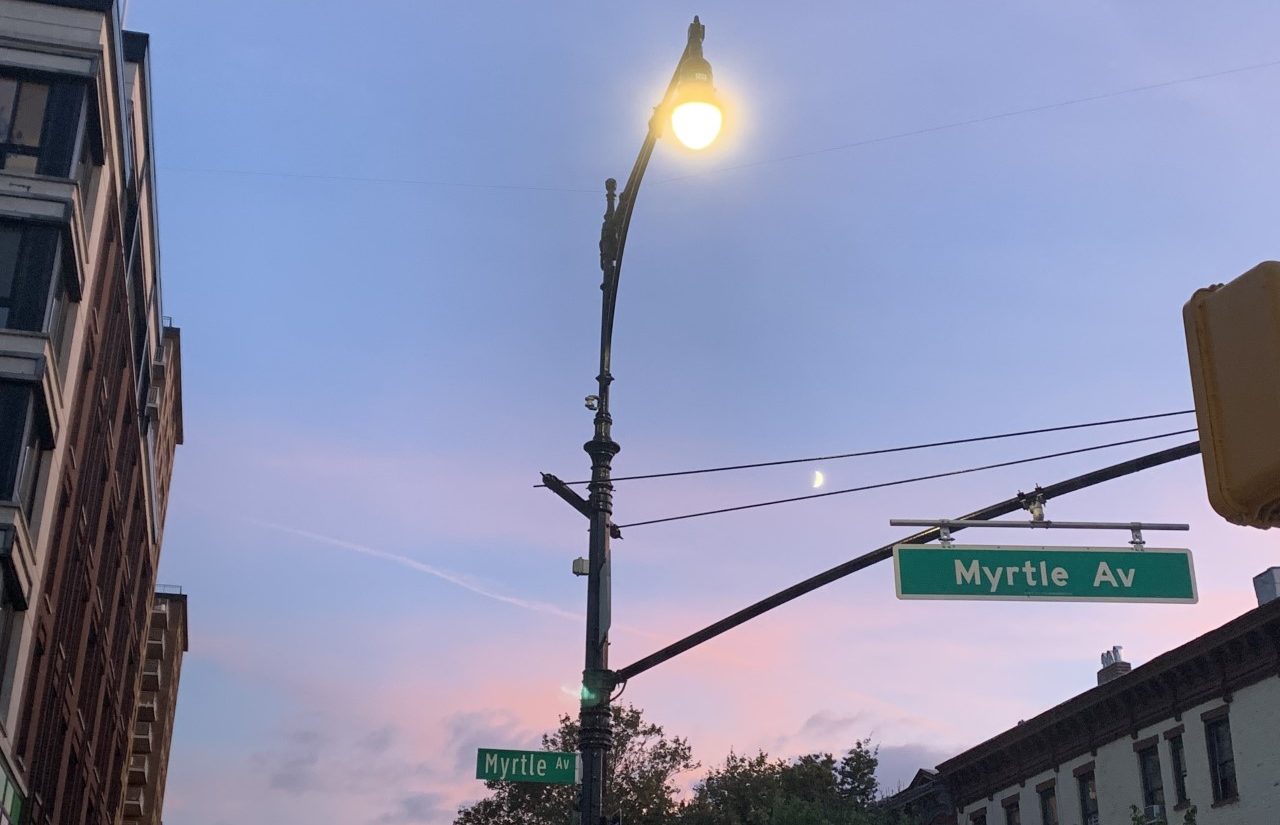 I had only been in the city for a month, and had been prioritising finding my feet (and wading through bureaucracy), but now I felt my grasp of the subway system was solid enough to jump into the dating pool.

We met at Birdy’s, a dive bar in Bushwick with an appetising ‘beer and a shot for $5’ deal, where we talked non-stop for two hours.

We were barely listening to one another, so excited were we to lay out our personalities for the other’s approval.

Still new to the city, the sensory overload of New York had turned me into a babbling mess.

He was from Charleston, in the South, and seemed to feel a similar pressure to act like a New Yorker, full of wide-eyed enthusiasm crossed with self-deprecating irony.

We were both adapting remarkably well to the city, having become, in a few short months, the sort of people who listen to a story only so they can tell their own right afterwards.

Beers and shots consumed, we crossed the street to a nightclub, Mood Ring, from which crop-topped, bell-bottomed twenty-somethings were spilling like champagne.

I’d never been to a club on a date before — if this was in fact a date — and I wasn’t sure of the etiquette.

Were we meant to dance together? Drink together? Have an intimate conversation in a corner together?

My questions were swiftly answered when he led me to the back room from which smoke was billowing, pumping what I can only describe as ‘space music’, and immediately threw himself into the middle of the crowd, leaving me behind.

The whole experience was so novel to me that I didn’t care. I found myself a spot on a raised platform at the edge of the room and spent the next hour swaying gently while a guy in a baseball cap shouted his life story in my ear.

My date glanced up at me every so often and we grinned at each other. From my spot above the room, I felt like the whole night belonged to me, like I could bend it to my will – I could go home with my date, or I could take some of the substances Baseball Cap had in his pocket, or I could go to the bar and take shots alone. Nobody knew me in this club, in this city, and I could make this night into whatever I wanted it to be.

When Baseball Cap’s monologue began to wind down, I signalled to my date that we should go for a smoke. Once we were spat back out onto the street, he asked if I wanted to go to his place.

As he re-heated some leftover fries in the kitchen, I nosed around the apartment, pronouncing bitchily that his housemate’s room looked like ‘Urban Outfitters threw up in here’. He started telling me about a video game his friend was designing, and asked if I wanted to see.

I spent the next two hours guiding the game’s protagonist through a dark, shadowy world filled with unknown threats. My date sat on the floor with his chin on my knee, occasionally making noises to the effect that we should go to bed, which I ignored, patting him distractedly on the head.

Though I was certainly interested in going to bed – that was, after all, why I had come here in the first place – I was as content to play videogames in the early hours of the morning.

When the sun started to spill through the blinds, I announced that it was time for me to go. I gave him a peck on the cheek and walked home.

I messaged him a few days later but was informed that he was unable to go on any more dates because he’d ‘fallen back in love with his ex-girlfriend’. I never saw him again. But the disappointment only lasted a week or so before it disappeared in a flurry of new Hinge options.

However, that night was the start of a realisation for me that dating could just be about meeting someone, talking for a few hours, and then leaving with a smile. It didn’t have to go anywhere, or mean anything.

For so long, although I would never admit it out loud, I had been searching for ‘The One’, trying to mould people into who I wanted them to be so I could convince myself we were perfect for each other – but I was starting to realise that ‘The One’ was only a small part of what the dating experience could provide.

From that moment on I would often meet dates on the way home from nights out, or after concerts, sitting in the corners of dark, empty bars that were trying to close, telling them about my evening.

In a city of disconnection, of being ignored, of lonely grocery store trips under stark strip lighting, dating could be a way of brushing up against someone else’s life for a few hours, and having them brush up against yours.

It was the beginning of my understanding that a lot of life was like these dates — beautiful, fleeting, and impermanent.

And although this persona, the one of ‘girl who spontaneously meets up with guys in the middle of the night and then never speaks to them again’, didn’t really fit — it was just one of a series of personalities I experimented with during my time in the city — she was fun to try on for a while.

So, How Did It Go? is a weekly Metro.co.uk series that will make you cringe with second-hand embarrassment or ooze with jealousy as people share their worst and best date stories.

Want to spill the beans about your own awkward encounter or love story? Contact [email protected]