A WOMAN was left with a huge hole in her head after her symptoms turned out to be a horrifying brain tumour.

Holly Worswick, 22, said doctors blamed her symptoms of headaches and vision loss on the Pill. 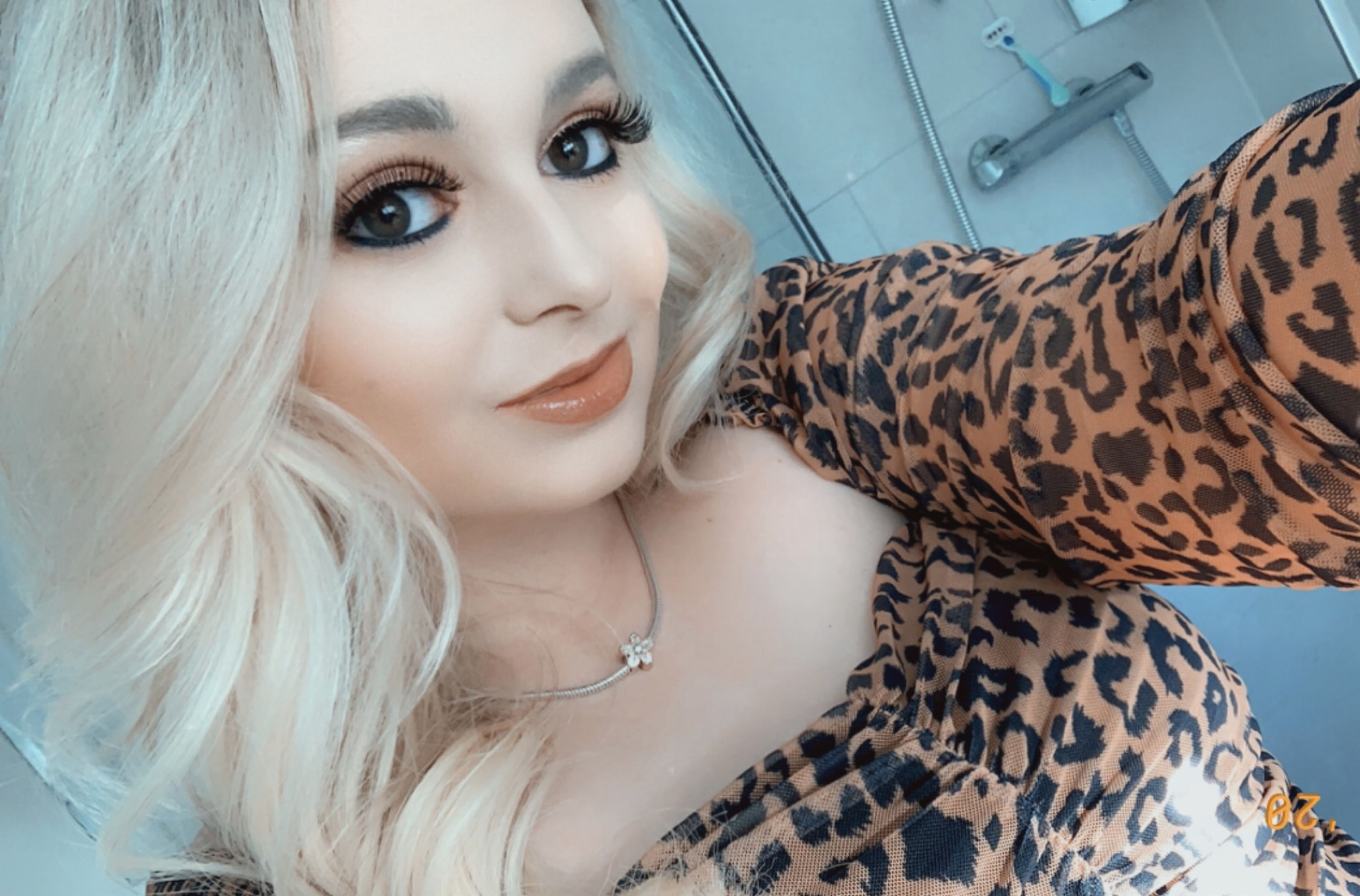 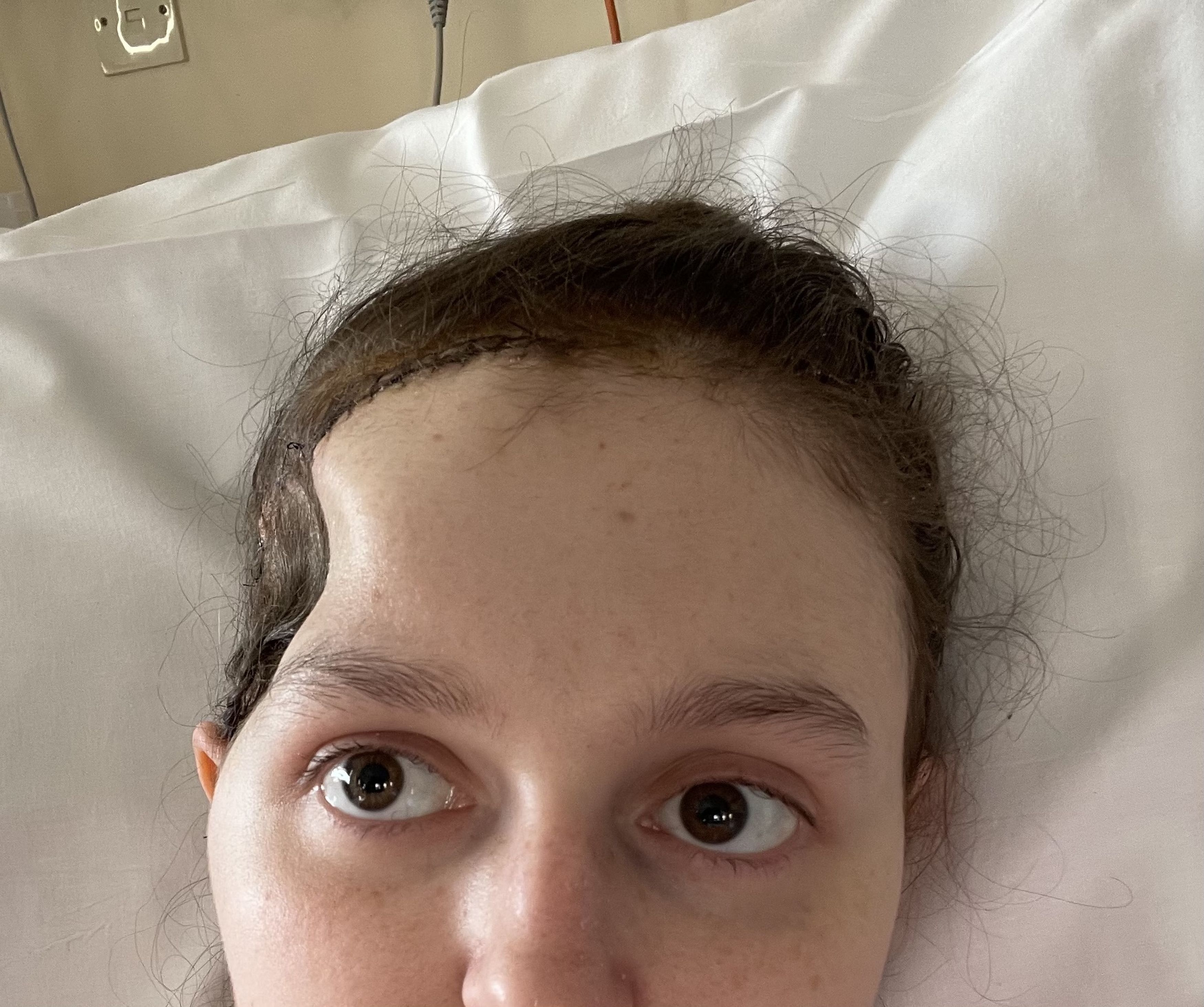 The former beauty pageant queen, who represented Cheshire at Miss International UK 2018, thought her pain might be because she wasn't drinking enough water.

It was only during a routine appointment at Specsavers in February 2021 that optometrists told her to go to A&E immediately after noticing her right eye's optic nerve was “four times” its normal size.

Scans revealed that day that Holly had a grapefruit-sized mass that needed urgent surgery.

Holly had a meningioma tumour, the most common brain tumour in the UK. It was benign when discovered, but could have been fatal.

Holly said: "The surgeon said it's been growing for 10 years. 1-2mm per year, like a ticking time bomb. So it would have just kept on growing if the opticians didn't recognise it. We even got them flowers afterwards.

"That routine check up at Spescavers saved my life. Without them I wouldn't have found the tumour, so that shows it's important not to miss your eye appointment.

"When the opticians told me to go to A&E I was shocked but I wasn't really worried at that point, which sounds a bit mad. You just assume that everything's going to be fine.

"I thought it wasn't going to be anything serious. I'll need antibiotics and it'll be fine, but it definitely wasn't like that.

"I was getting a lot of headaches and I always thought it was because I didn't drink enough [water], but then I started getting really bad blurred vision.

"I'd be driving and my sight would just go. I thought, 'this isn't normal', so I went to the doctors and they just thought it was to do with the pill I was on.

"I'm not a doctor so I don't know what they could have done, but they didn't even look into it, which is a bit ridiculous to be honest.”

Holly, a trainee teacher, underwent a gruelling eight-hour surgery the morning after her diagnosis, at Salford Royal hospital.

The surgeon said it's been growing for 10 years. 1-2mm per year, like a ticking time bomb

She said: "I didn't realise the severity of it, even when they told me they'd found a mass. They said I could bring my mum into A&E [despite Covid] and that's when I realised how serious it was getting.

"The minute I got on the bed to go down for the first operation, that's the most scared I've been in my whole life. That's when it sank in and I really got upset.

"It dawned on me that I might not be alive or something might go wrong. I might have some permanent damage and I might not get the life back that I had. I could have gone blind." 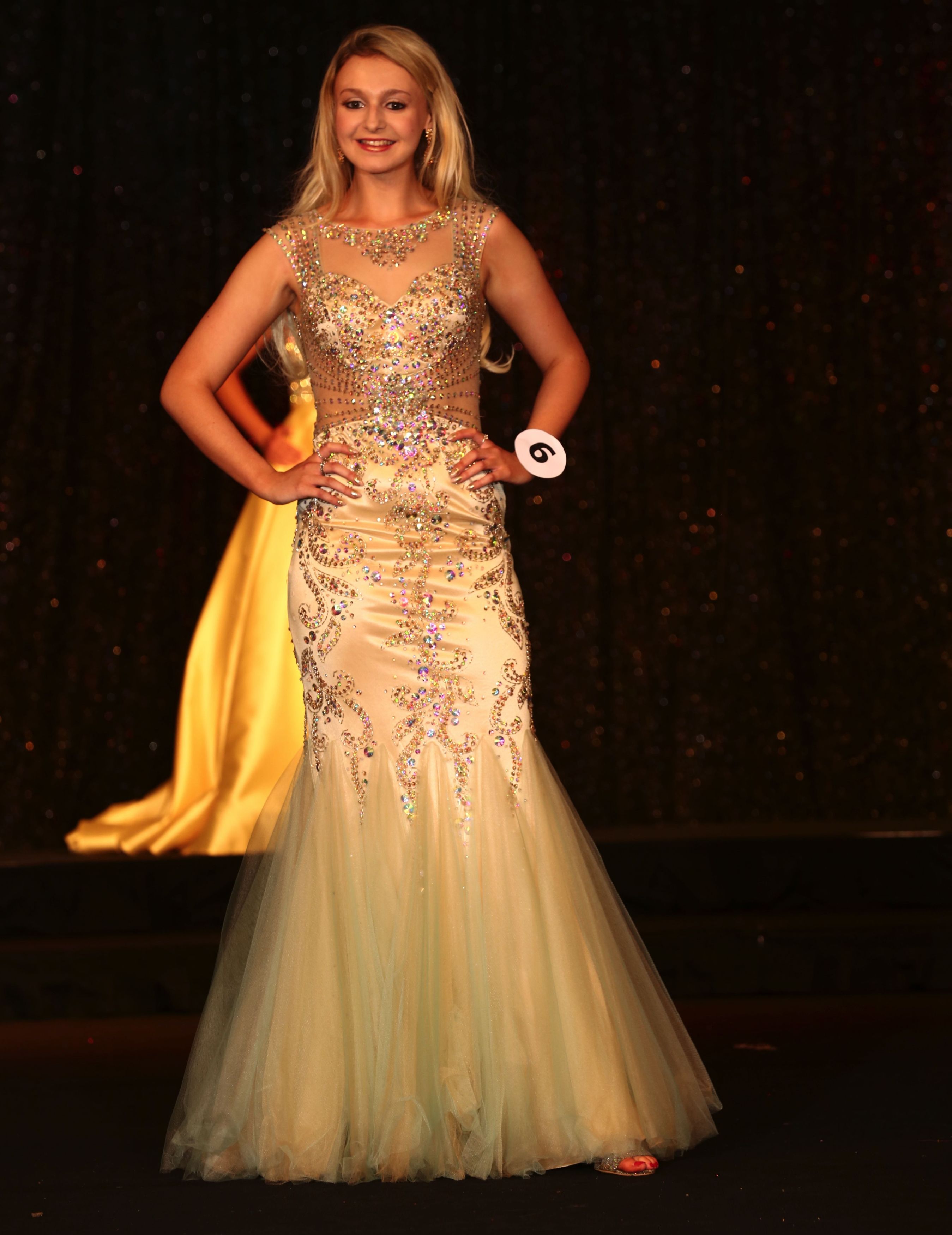 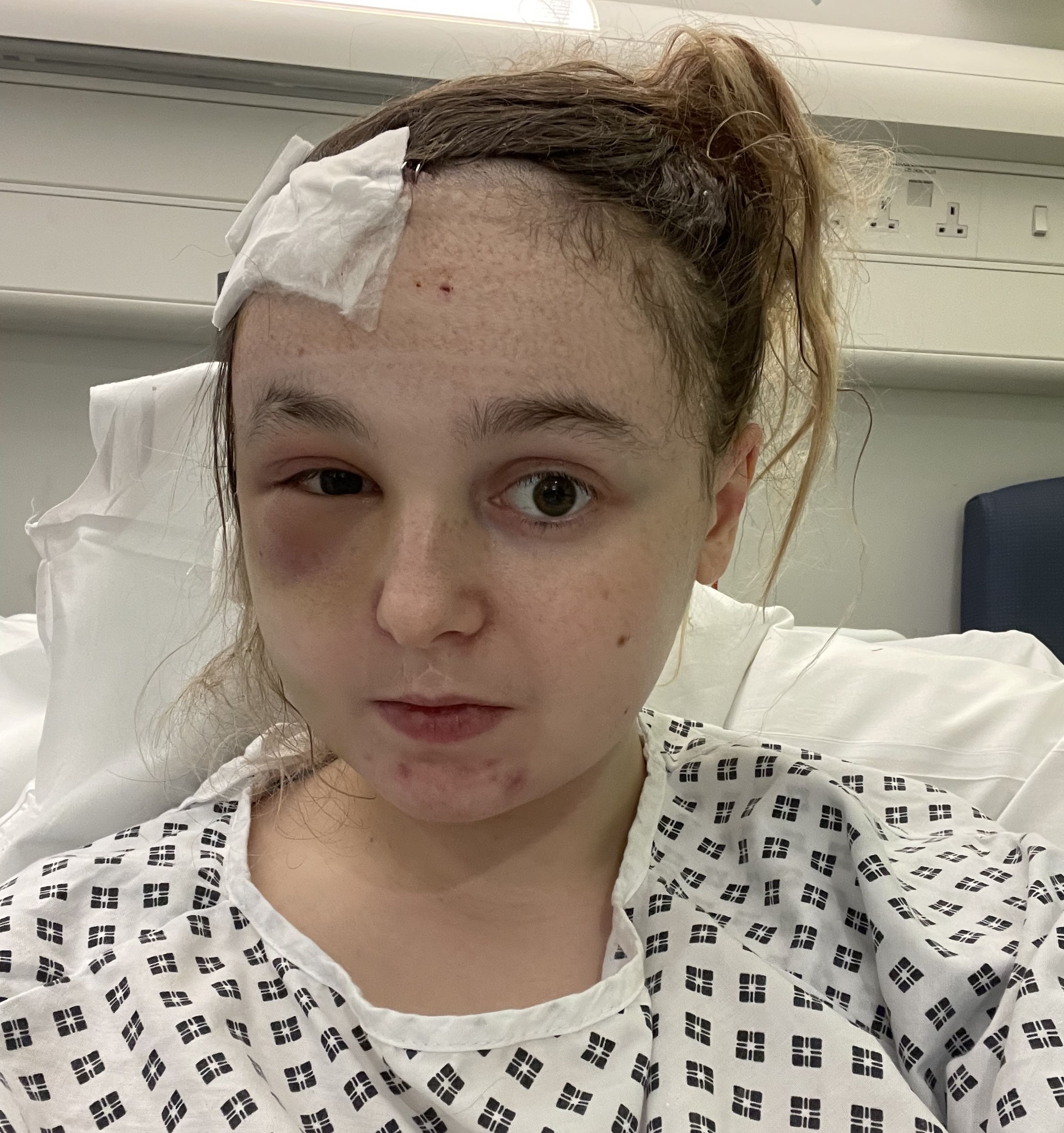 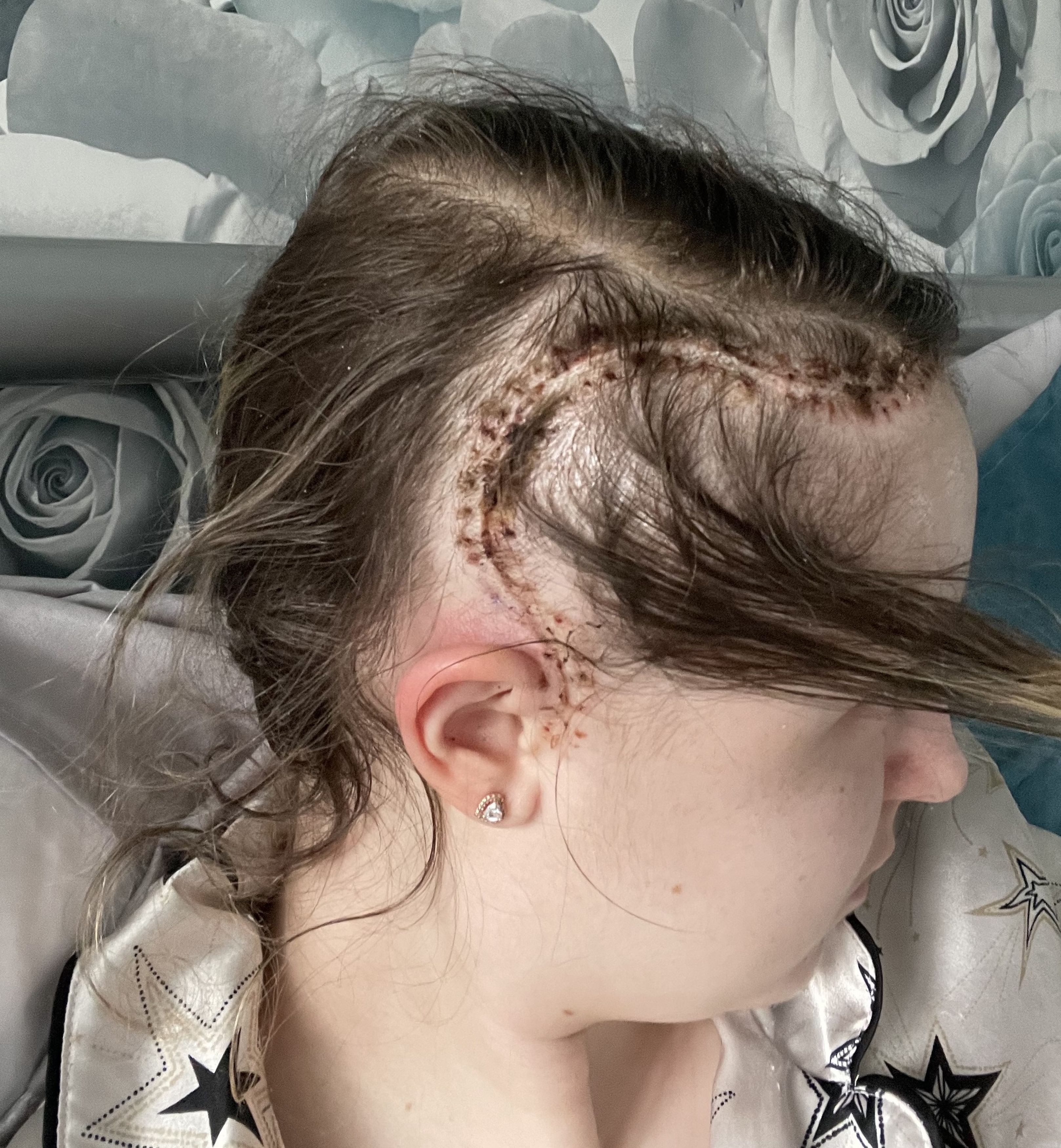 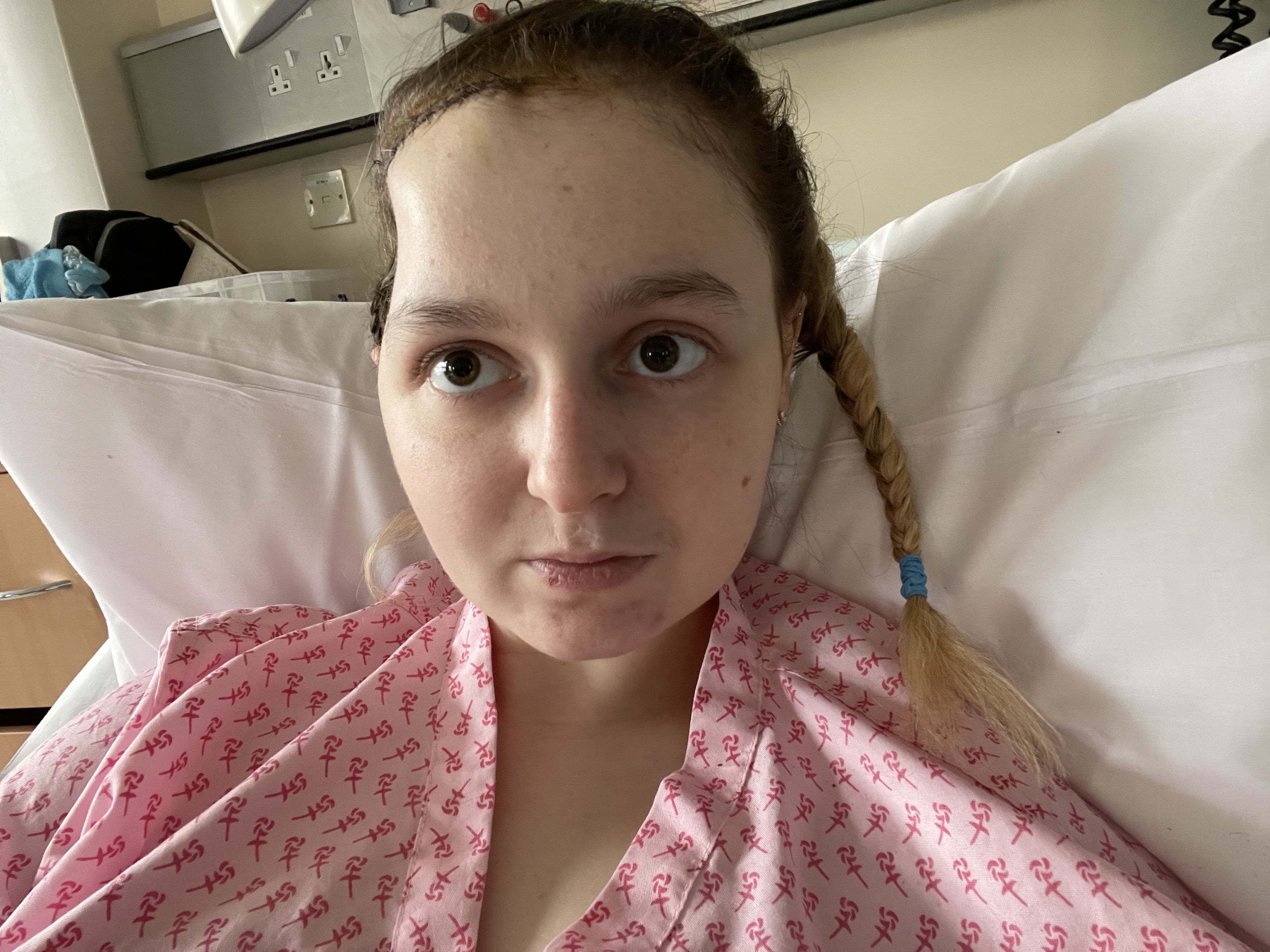 During her operation on February 16, medics successfully extracted the meningioma tumour.

They cut away the front right quarter of her skull, scooped out the mass, and then reattached the bone.

One month later, Holly, who had been mentally and physically recovering by watching tv and completing puzzles, felt fluid spilling from her nose and was readmitted to hospital.

Her skull bone was infected and would need to be removed, and then the fluid drained.

Horrifying photos show how Holly was left with a visibly large dent in her head after surgeons removed the infected skull piece.

She was then sent home with antibiotics – which she unfortunately had an allergic reaction to – and protective headgear used to cover the exposed wound.

A final operation on July 20 saw surgeons insert a metal plate to cover the gap in her skull, with the stitches removed on August 5.

It signalled the end to the frightening five-month “rollercoaster” that had left Holly fearing for her life. 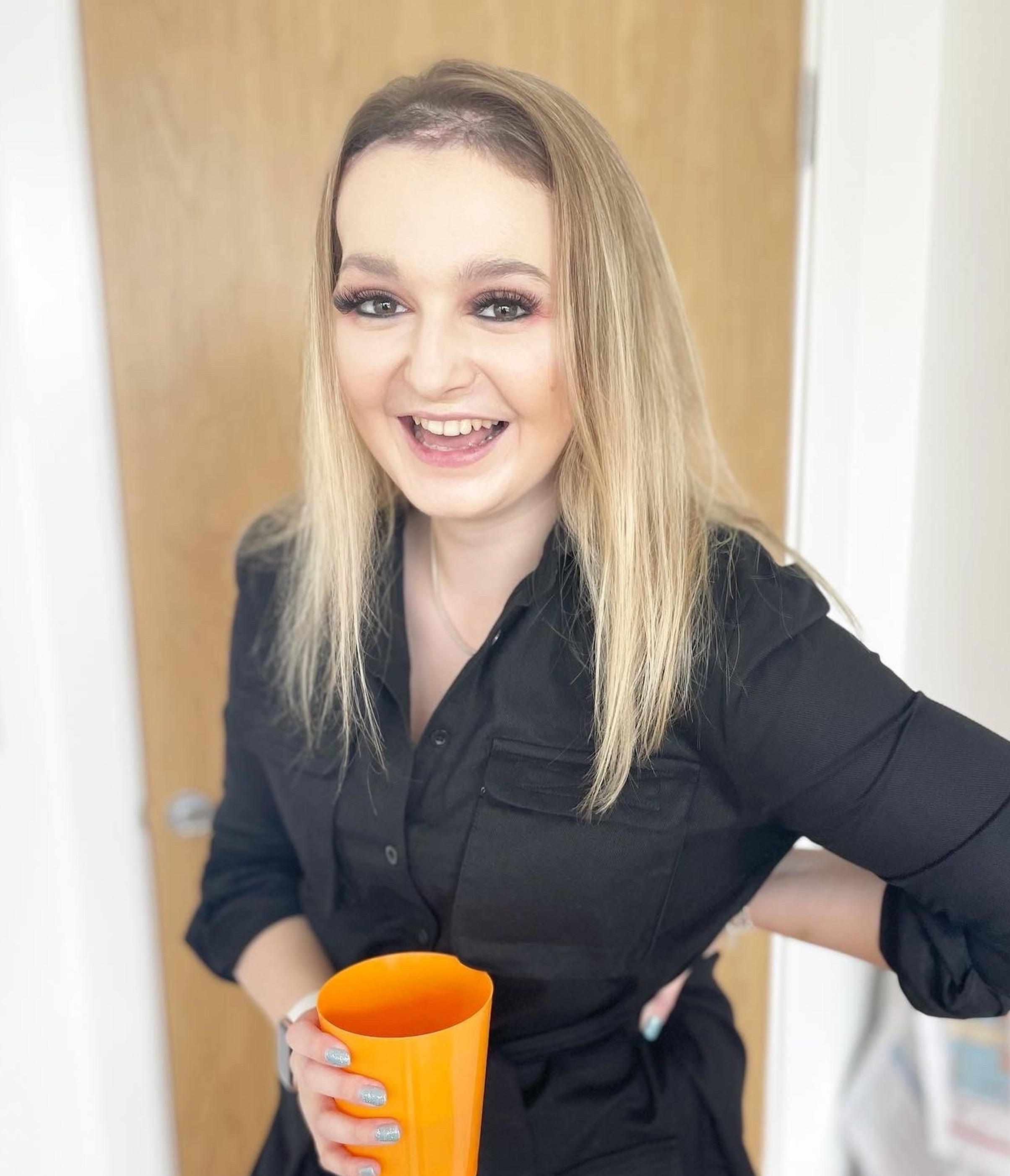 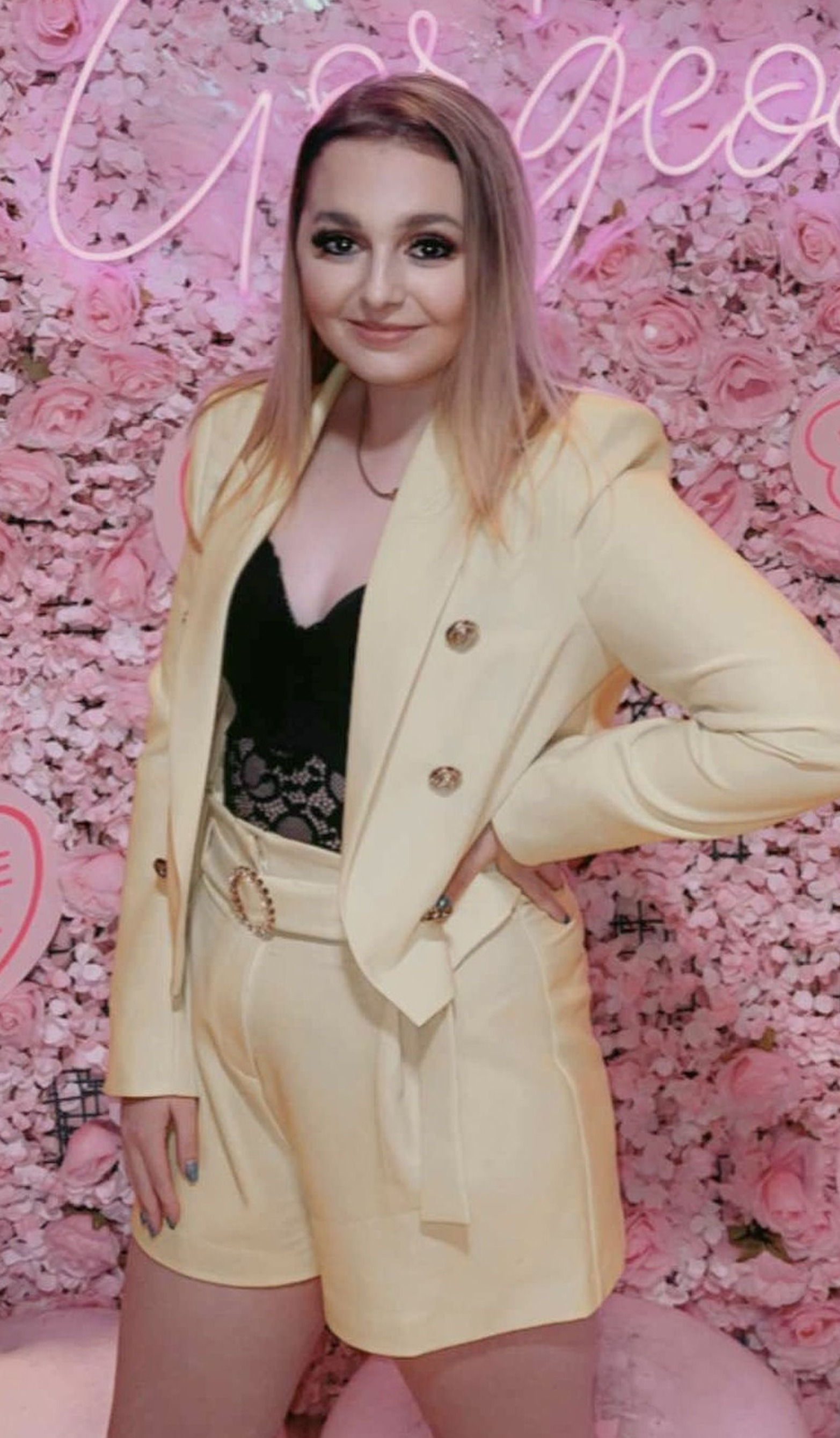 Holly, who will be finishing her delayed teacher qualification next month, said: “I feel so lucky to be here now.”

Specsavers clinical services director, Giles Edmonds, said: "Cases like Holly’s show how important it is for people to have regular eye examinations – and the importance of keeping on top of their appointments.

"Many people often think that a trip to the optometrist just detects changes in vision, but the reality is an eye examination can detect so much more than this, including signs of very serious health issues.

"This is why it is vital that everyone has their eyes checked, at least once every two years, regardless of whether or not they think they have a problem with their sight.”

The symptoms of a meningioma brain tumour

Meningiomas make up nearly a quarter (25 per cent) of all primary brain and spinal cord tumours in adults in the UK, according to Macmillan.

They are more common in women and usually affect people over the age of 35.

They may develop suddenly or more commonly slowly, over months or years.

Tumours which are not causing symptoms may not need any treatment. But some have surgery and radiotherapy.