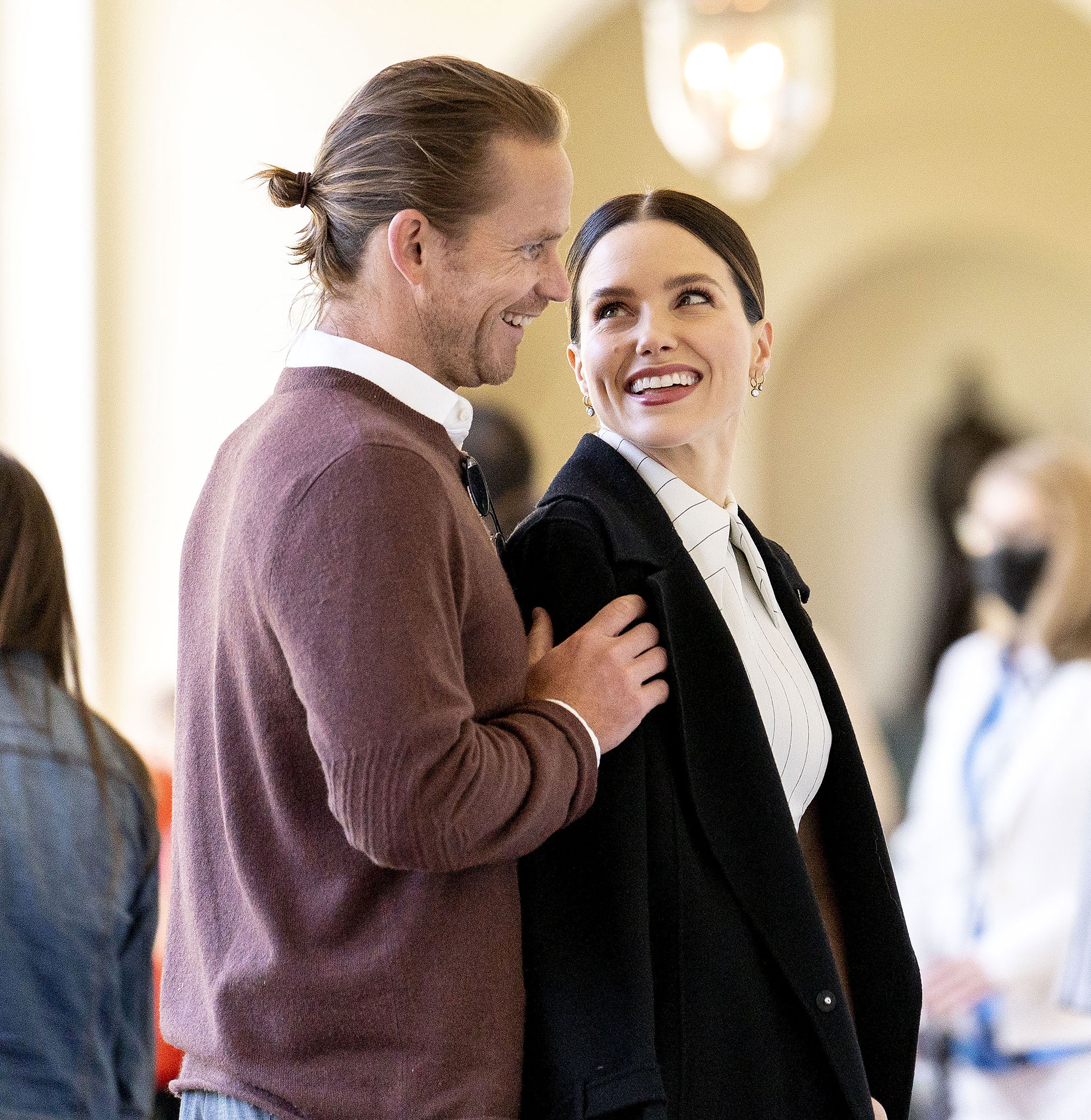 Changing her perspective. Sophia Bush opened up about how she was about to finally consider Grant Hughes as more than a friend after a decade, leading to their eventual engagement.

All the ‘One Tree Hill’ Secrets Revealed on ‘Drama Queens’

On the Monday, June 13, episode of the “Drama Queens” podcast, the Good Sam actress, 39, spoke about how her cohosts and One Tree Hill alums Hilarie Burton and Joy Lenz have helped change her outlook on life and love.

The California native got emotional as she told her pals, who she met over 20 years ago on OTH, that they really helped her identify how she was choosing the wrong romantic relationships. “Something I will always cherish in both my friendships with you is that we’ve held mirrors up to each other for a very long time,” she said. “Both of you have said versions to me of what you just said, Hilarie, which is it’s about discernment and sympathy.” 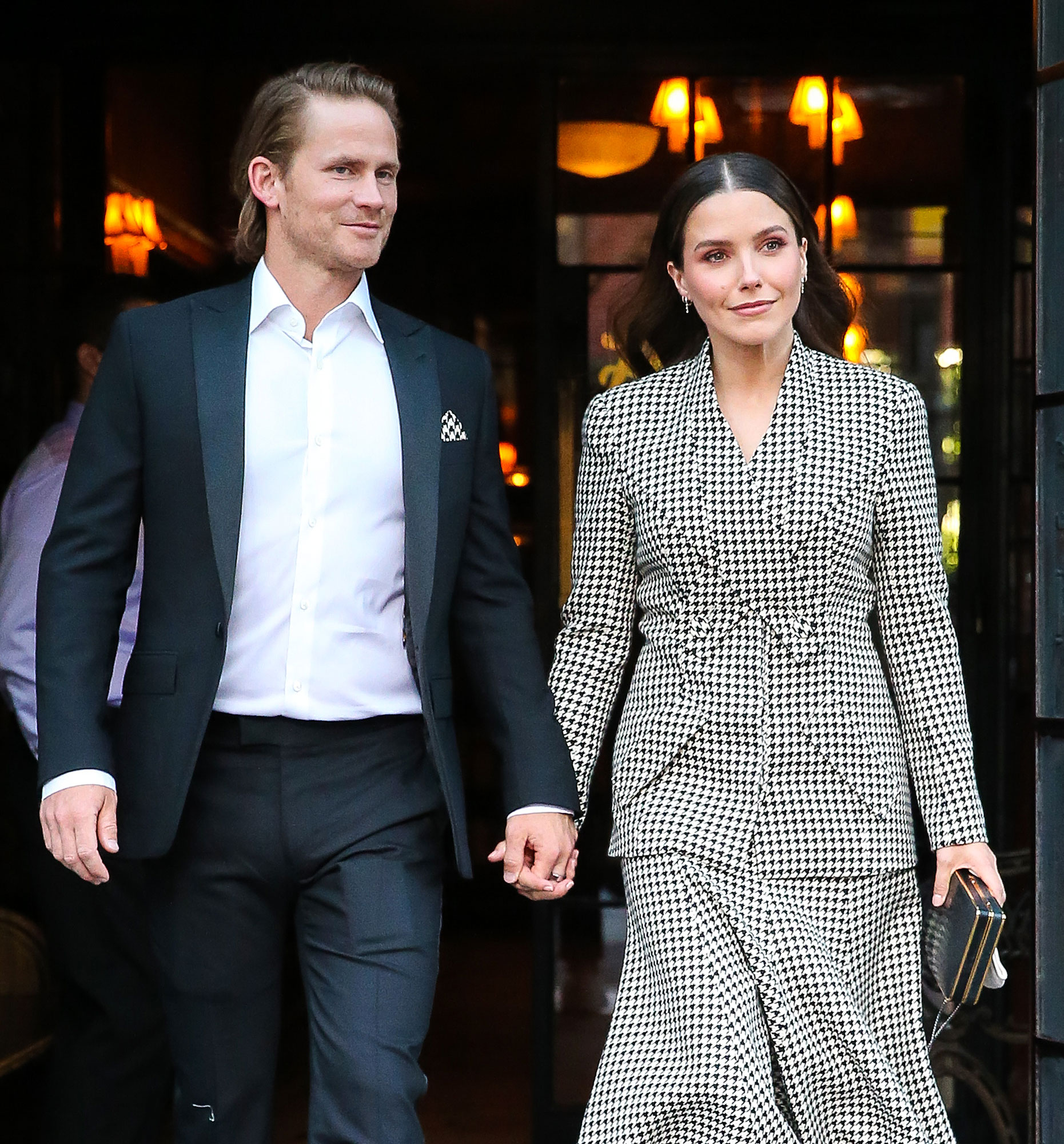 Bush took a long time to realize that she was choosing partners that she thought she could help in some way. Eventually, the “Work In Progress” podcast host realized that “to fix and help and save and mother and all the s–t — that’s not your responsibility as a partner.”

She had another realization after taking a step back and asking herself why she was choosing relationships that never worked out. “Well, I’m a romantic, I’m a storyteller, I believe in people. I’m an optimist, so I often fall in love with potential,” the human rights activist revealed. “It is not, as a partner, my job or your job to help another person realize their potential. You can support someone in realizing their potential — you can’t make them do it.”

Everything changed a few years back when the John Ticker Must Die star decided to completely alter her approach to choosing dates. “When I shifted the place that I pick from or that I was willing to see potential from to being not sympathetic but inspired, I went, ‘Oh, oh!’” Bush recalled.

Burton exclaimed, “You already were friends with him, Sophia!”

The actress, known for playing Brooke Davis on the WB/CW series, admitted that all of her loved ones saw the spark between her and the entrepreneur long before her. “And everybody was like, ‘Welcome to your own party, ya idiot.’ And I was like, ‘Well, cool, I’m glad I’m here,’” she said.

Bush was previously married to Chad Michael Murray from 2005 to 2006. Her wedding to Hughes will mark her second marriage more than 15 years later. The Chicago P.D. alum believes age has only helped her find true love.

“I hate that the world has made us think that as we get older we’re stuck in our ways or it gets harder to find our person,” she said. “I just think you get smarter and you know yourself better, and you have the capability to shift the place you choose from in a way now [that you didn’t have in years prior].”

Hughes proposed in August 2021 on Italy’s Lake Como in a classic wooden speedboat. “So it turns out that being your favorite person’s favorite person is the actual best feeling on planet Earth 💫,” she captioned her Instagram announcement at the time.

The University of Oklahoma alum gushed over the star in his own post at the time. “She is my forever Favorite. This is my favorite. And our life is that we’re building because she said ‘Yes’ is already my favorite,” Hughes wrote via Instagram alongside photos from the romantic proposal. “I am SO EXCITED to do life with you, Babers.”